In modern engineering practices nanotechnology is becoming increasingly popular. A lot of re- sources are being dedicated to understanding nano phenomena and how to best apply them to real world problems. One of the main areas studied is nanofluidics. A significant discovery was the extremely fast water flow through carbon nanotubes (CNTs), as they can ensure high re- jection rates whilst simultaneously providing fast water permeation. This kickstarted a large array of research projects investigating its possible ap- plication to cheap and efficient water purification.

As CNTs are difficult and expensive to produce, research has deviated towards the investigation of graphene sheets in reverse osmosis membranes. Experimental research suggested that graphene oxide, an easily producible and inexpensive ma- terial, showed very high water flow whilst being impermeable to helium gas. 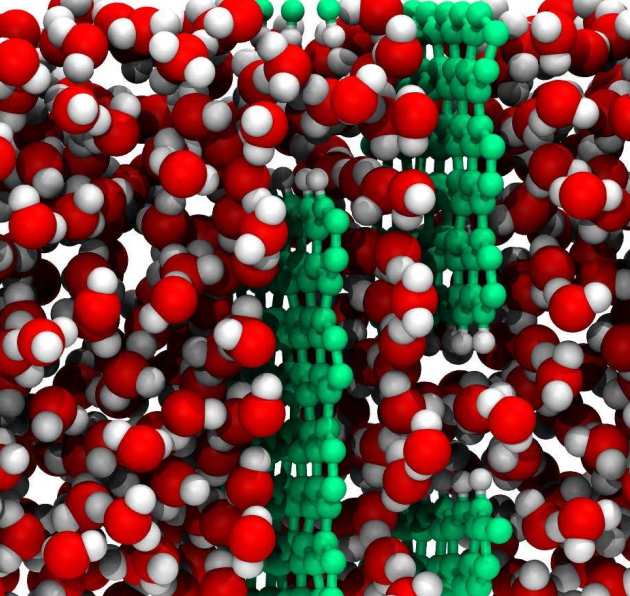 Figure 1: Water molecules passing through a graphene- based membrane.

In our research we aimed to investigate what may cause such high flow rates and how the rejec- tion behavior of the membrane can be maxim- ised whilst retaining the high throughput [1]. We looked at simplified graphene oxide-like membranes, consisting of layered graphene sheets with slits, and considered a variety of factors that to- gether paint a picture of the water transport. Our analysis showed that an energy barrier exists for water molecules passing through a slit, which is significantly higher for smaller slits.This occurs due to the breaking and reforming of hydrogen bonds, which is necessary to allow water molecules to enter the membrane and form a structurally dif- ferent system within it. We further showed that water molecules actually spend a significant time within the membrane, confirming that no prefer- ential fast transport in the confined environment exists, contrary to that previously suggested. 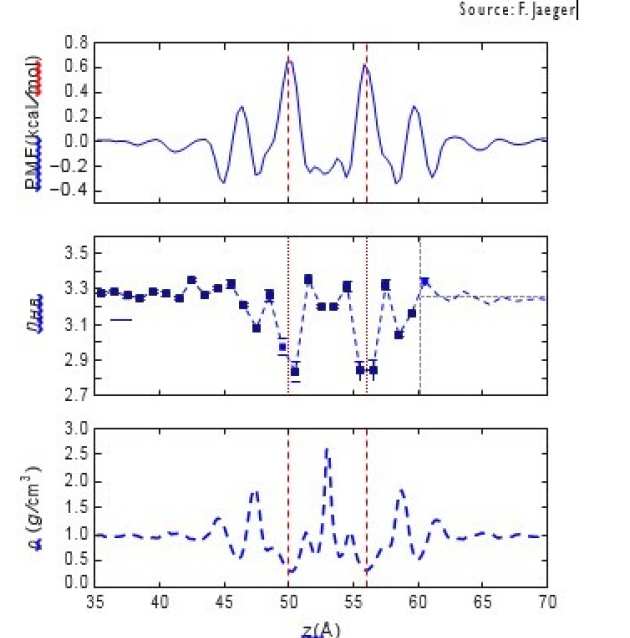 The main conclusion from our work is that the size of the slits in the membrane should not be used to filter unwanted components in the liquid due to the high energy barrier associated with this process. Instead the distance between the sheets themselves, which can be modified through link- ers, should play that role.