Like Imperial, White City’s roots date back to the period of great international exhibitions in the 19th and early 20th century. 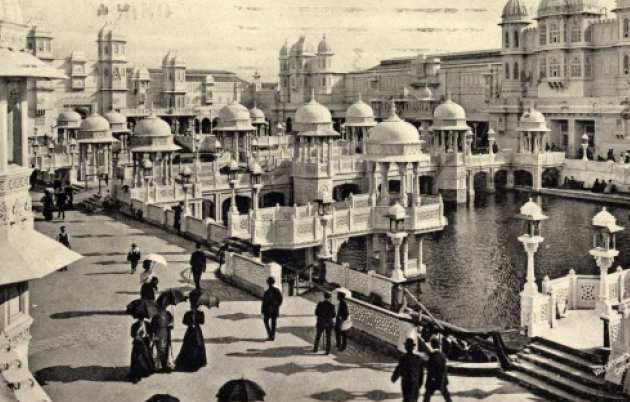 The area was farmland until the early 20th century when it was transformed with 25 acres of palaces and halls. Most of these steel and concrete buildings were covered with white stucco, giving the area its name, and they were interspersed with Venetian-style canals. In 1908 they were used to host both the Summer Olympics and the Franco-British Exhibition, at which a team of physicists from Imperial College of Science and Technology (established only a year earlier) showcased their equipment.

In the 1920s, Hammersmith Council built the first major housing developments in the area, the Cleverly estate and the Wormholt estate, which was created in the garden city style to be spacious and include green space.

The BBC opened its iconic Television Centre in 1960, which would serve as the headquarters of BBC Television for half a century, making the area a cultural and artistic hub.

In 2008 the Westfield shopping centre was opened, including a multi-screen cinema and many food and drink outlets. When it opened it was the size of 30 football pitches, making it the largest shopping centre in London; after it expanded in 2018, it became the largest in Europe.

Imperial College London made its first purchase of land in White City in 2009, buying a brownfield site from the BBC and breaking ground the following year on what would become the north side of the White City Campus.

In 2012 the BBC sold Television Centre to the developer Stanhope, which is creating a new business district and the ‘creative campus’ White City Place, with offices, places to eat and drink, and even a podcasting hub.

In 2013 Imperial completed the purchase of a further large site from the insurance agency Aviva, allowing it to substantially expand its ambitions for the campus. This would become the south side of the campus.

Combined with the land which College bought from the BBC since 2009, Imperial’s total landholding for the White City Campus stands at 23 acres. The north and south sites form one contiguous development adjacent to the Westway (A40).