We are delighted to launch our new WOMENinSTEM@IC mentoring scheme and are very excited to have some exceptional mentors signed up, whose support we are very grateful for. If any of our members would like to sign up as a mentee, please fill in this form. Below are the profiles of our mentors. 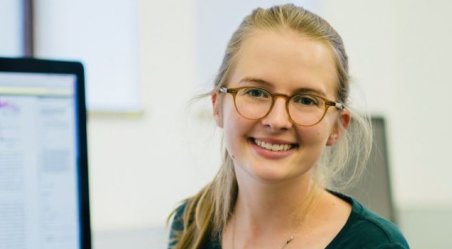 Dr Samantha Hood is a Postdoctoral Research Associate in materials design for solar technology. She wishes to unite her background in quantum mechanics and passion for renewable energy to understand the underlying quantum physics of solar technology.

Prior to this, Samantha completed her PhD at the Centre for Engineered Quantum Systems, University of Queensland, which focussed on charge separation in organic solar cells.

In 2017, she was recognised as an “Australian Science Superhero” by Australia’s Chief Scientist for her work in this field as well as her passion for science communication and advocating for women in STEM.

Alongside her academic achievements, Samantha has acted as a mentor for high schools in Australia and is a current mentor for the Centre of Engineered Quantum Systems, Australia. 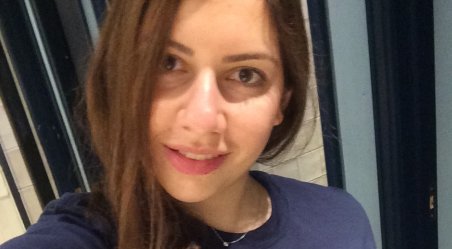 Nikoletta Prastiti is a PhD candidate in Mechanics of Materials. Her current research focus involves using coding to model mechanical fatigue in Ni superalloys that are used in jet engines.

Prior to this, she completed an MSc in Theory and Simulation of Materials, also at Imperial College London.

To support her academic career, Nikoletta has completed a variety of work experience, including acting as the co-chair of the Hermes 2018 PhD summer school and acting as an Associate Consultant for Outsmart Insight. In addition to this, she has also spent time as a visiting researcher at the National Technical University of Defence Technology China.

Nikoletta believes that she has benefitted from excellent mentoring in the past, and is now enthusiastic about being able to apply what she has learnt and give back by providing support to her own mentees. 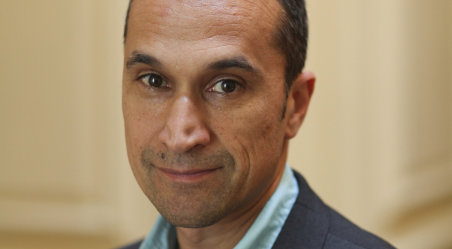 Professor Nilay Shah is the Head of Department of Chemical Engineering at Imperial College London.

His research interests lie in: the design and analysis of energy systems; supply chain design and optimisation; process synthesis and development for fine chemicals; pharmaceutical and biochemical processes and safety in design and operation.

Nilay has extensive experience within research, teaching and management and has acted as a line manager / supervisor to over a hundred people.

He can offer great insight to his mentees in the following areas: how to plan your work and career; progressing in academia; team-building and motivation; personal effectiveness and time management, and he is also able to provide impartial advice. 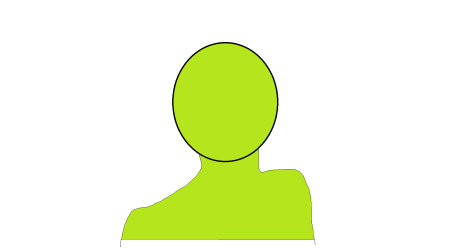 Dr Angela Kedgley is a is a Lecturer in Orthopaedic Biomechanics the Department of Bioegineering at Imperial College London.

She is greatly experienced in interdisciplinary research and currently has ongoing collaborations with several London hospitals.

Angela has a broad range of mentoring, supervising and tutoring experiences and is happy to offer a sounding board, support, and advice, in order to help her mentees achieve their potential. 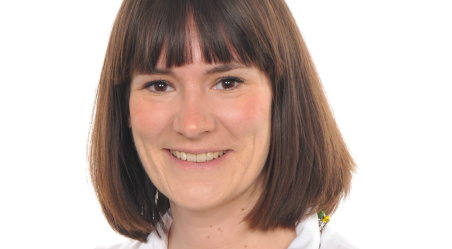 Dr Fiona Jamieson is a Professional Services staff member at Imperial College. She is part of the Corporate Partnerships team for FoNS and develops partnerships with industry for research funding. Prior to this role, Fiona completed an undergraduate degree and a PhD in chemistry, during which she focused on spectroscopy of new materials for flexible solar panels.

Fiona believes strongly in giving people the support they need to succeed in their chosen fields, which includes having mentors who can offer an outside perspective and can open up networks that may otherwise have been inaccessible. As a mentor, she can help people realise their potential and give them the confidence to seek opportunities that they may otherwise have felt they couldn’t have taken on.

Having been a student at Imperial and worked in research, Fiona has an appreciation of academic pressures and what is expected from staff and students at Imperial. Additionally, due to her Professional Services experience, she can offer a different perspective on life beyond the lab. which may be of interest to those looking to transition out of lab-based work into something different whilst still being closely aligned to the world of research. 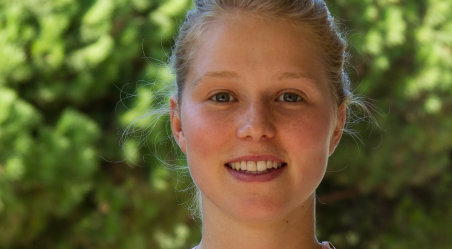 Emma-Jane can use her recent experiences as an undergraduate to talk about the future with her mentees, about things such as finding an internship, updating your CV and the pressure of finding employment after your graduation date.

Additionally, she is an active member of the IC community, by forming part of the WiP and Juno committee. As such, she has a considerable knowledge of the sources of help available to students.

Emma-Jane has experience in being the only woman in her research group and has benefitted from numerous inspirational talks from high flying women about dealing with gender issues in the workplace. As well as this, she also has a considerable network outside of Imperial, and can thus provide introductions and an insight to the start-up, industrial and financial sectors. 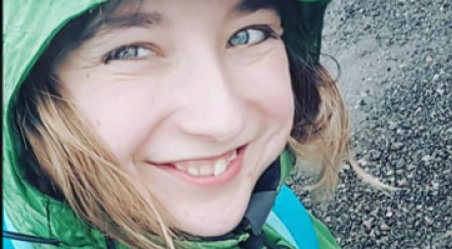 Sarah Bellingham is a PhD student specialising in diesel engine tribology. She works for Caterpillar, who are sponsoring her to do a PhD at Imperial part time. She believes that working in industry has provided her with a strong insight to the difficulties female engineers face, and as such she is keen to help do something to support them.

Sarah has six years’ experience working in industry as well as one year so far at ICL, and as such can offer some support and advice regarding both working environments.

Additionally, she has led some technical projects within Caterpillar and can use this leadership experience to help her mentees. 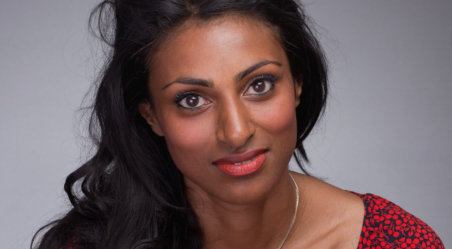 Dr Shini Somara qualified as a Mechanical Engineer and Fluid Dynamicist early on in her career, and her thirst for knowledge and curiosity for human advancement sent her traveling around the globe discovering cutting-edge science, technology and innovation.  She translates what she finds into inspiring and engaging television for all ages, and is a spirited advocate for the fascinating work being done to push the boundaries of human scientific and technological progress.

Shini translates cutting-edge science into warm-hearted and engaging television.  She has always enjoyed demystifying the secrets behind pioneering technology and innovation.  Her work can be seen on a variety of television networks including BBC World News, BBC America, Sky and Discovery and PBS Digital Studios.  She is now based in London, where her most recent work can be seen on the BBC.  Before then, most of her broadcast experience was gained in the USA, hosting TechKnow for Al Jazeera America from Los Angeles.

Shini has reported on stories on subjects including climate change, food, health, renewable energy, 5G and the IOT.  She feels most comfortable putting herself in the middle of an experiment or interacting with the technology to provide a more effective explanation, as seen on explainer videos for Dyson and The Okay, but How Show for Sprint Business.

She began her career as a mechanical engineer at Brunel University (London), completing a Bachelors of Engineering (BEng(Hons)) and then an Engineering Doctorate (EngD). Shini then specialised in Fluid Dynamics, where computer simulations are used to 'visualise the invisible'. This expertise enables engineers to understand how air flows over objects such as, aircraft wings, Formula1 cars and within high-rise buildings.

Shini is passionate about using digital media to provide STEM education for all, believing that  knowledge is key to helping people help themselves.

Concerned with the lack of women in STEM subjects, she has also launched a weekly podcast, which features many of the female scientists she has met throughout her career.  This podcast provides a safe place for women to share their experiences and wisdom in navigating careers in traditionally male-dominated industries. 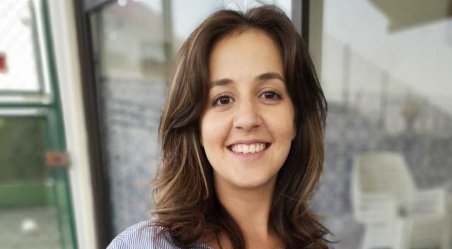 Joana Dos Santos is working as a Teaching Fellow in the Faculty of Medicine whilst preparing the submission of her PhD thesis in Chemical Engineering. Her PhD research focused on working with a 3D cell culture system to study leukaemia.

Prior to joining Imperial College London, Joana studied in Portugal, where she acted as a mentor for incoming students. As such, she is able to provide advice on studying abroad.
Joana believes she would have benefitted from a mentor during her PhD years, and is now keen to use her experiences to help others.
As a passionate advocate for women in STEM, she is a strong believer that women have a place in STEM as much as men, and that they don’t have to hide their feelings and emotions in order to succeed. Joana believes that the ability that women have to be sensitive and connect to others is what sets them apart and is something to develop and to be proud of.