Jim McCloskey - on the right path 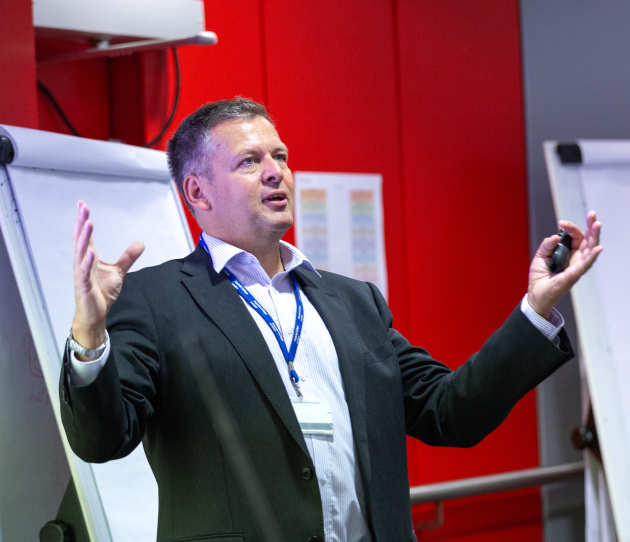 “Business School students spend a great deal of time working in groups,” says Dr Jim McCloskey the School’s Lead Consultant on Global Skills Development. “Every day you see them in groups or four to six working on group projects, group writing, and group presentations. These assignments often try to replicate what happens in the workplace so there’s a real emphasis on these soft skills.

“In most cases the groups work very well, but teaching and support staff do sometimes hear about breakdowns in communication and group divisions. Often it comes down to an inability to adapt effectively to different working styles and personalities.”

Dr McCloskey has been at Imperial College Business School for more than a decade and has spent most of that time providing  English language support. In the last few years his role has widened into teaching writing, presentation and study skills. As part of this, he has developed student team-building sessions, held at the start of the academic year.

He explains: “The majority of Business School students are international students. This means they’re meeting and working with people from very different cultural backgrounds, with different language levels, and very different expectations about how groups should work.

“Students are assigned to teams specifically designed to be as diverse as possible. There will be a mix of different nationalities, cultures and gender. The idea behind the team-building sessions is to set the groups off on the right path.”

One student commented: “The teamworking workshop enabled us to better understand ourselves and build the structure of cooperation in our groups.” Another said: “Exercises to build teams were a great way to get to know each other and our working styles.”

The workshop begins with some broad topics, such as group dynamics, but centres around creating awareness in individuals about their own teamworking preferences and behaviours. The groups also share what they have discovered about themselves, creating a profile of the working styles and personalities that exist within each group.

“We get them to identify their own preferred ways of working. For example, they might have a direct or indirect communication style. If they are direct, they tend to say what they feel, and they are quite comfortable instructing others. Indirect, means they may be more observant in meetings, maximising team cohesion. Both approaches are equally valid, they’re just different.

“And of course, it’s easy to mis-read other people’s behaviour. In terms of personality, for example, extroverts can be perceived as bossy, introverts could be perceived as insular, perhaps not engaged.

“A lot of it is about awareness raising because that brings a degree of empathy. You understand that there’s different ways of functioning and that is the first step towards moderating your own behaviour.”

Another important topic for the student groups is cultural intelligence. This describes someone’s ability to adapt and function effectively across cultural boundaries, they could be national cultures or corporate cultures. A vital element of this is an interest or curiosity in others.

“Your motivation to engage with people is key. Are you genuinely interested in finding out about other people and other cultures? Do you want to go shopping in a new country and explore the marketplace, and try and engage with the shopkeepers, or do you just want to walk around and find a McDonalds? 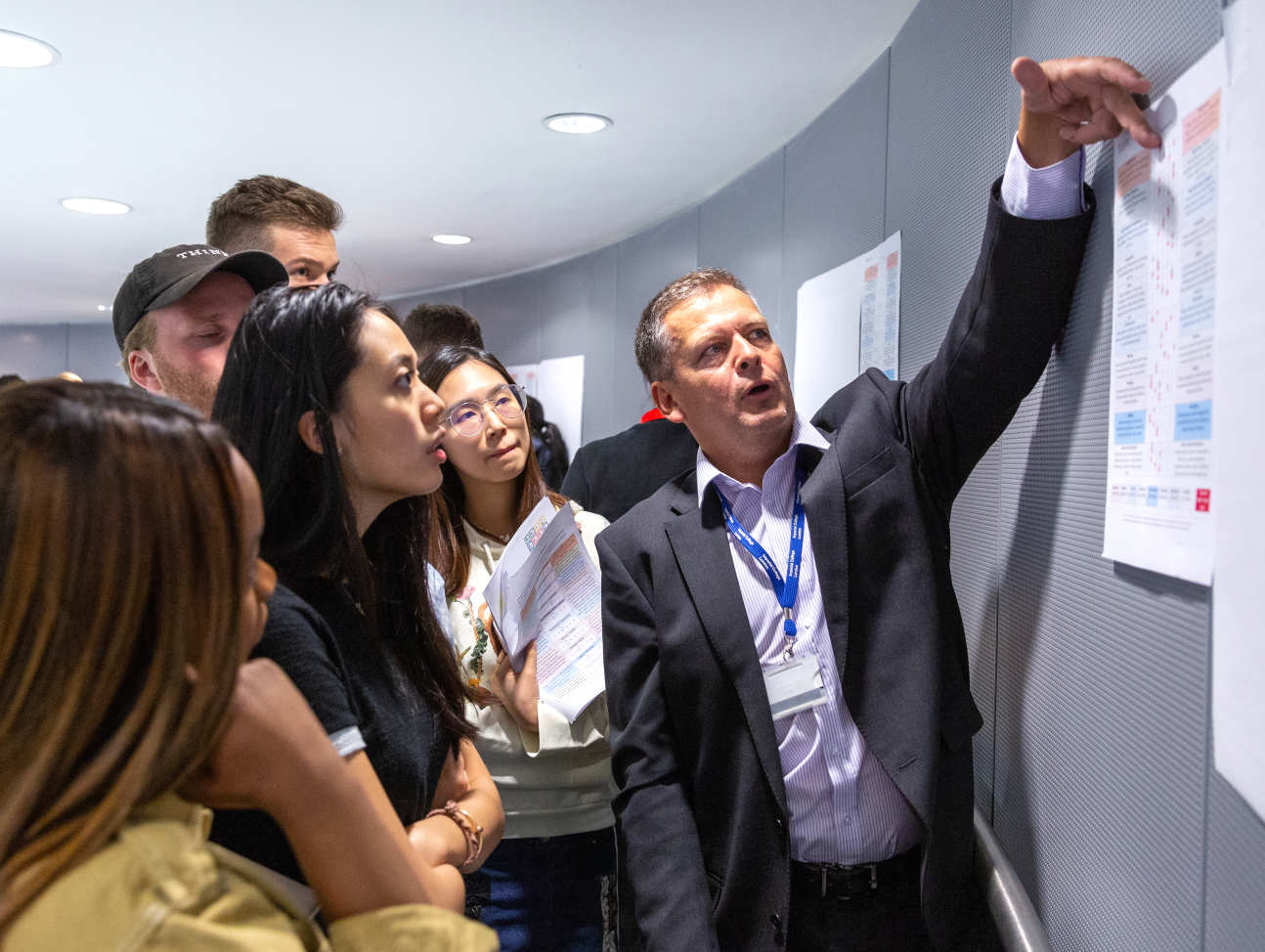 “Motivation is important for genuine engagement and it’s difficult to fake. Sometimes people think being culturally intelligent is just about being sensitive and not offending anyone, but this won’t get you far in business. You need to engage proactively to get things done.

Dr McCloskey has already seen positive effects in students who have taken part in team-building workshops. Teaching and support staff report fewer complaints from students about the breakdown of teams, and student feedback on workshops is positive.

With this in mind, he plans to extend the activities across the academic year. The workshop will be complemented with a follow-up session after Christmas, and students will be surveyed half way through their first term to identify and offer support to any groups that are struggling.

Dr McCloskey adds: “We find that many of our Business School students have bold personalities, they’re ambitious and they’re very vocal. So it’s not surprising there’s a lot of competition, not just between groups but within groups. And of course, it’s not like the workplace. Groups manage themselves and are assigned to relatively short-term projects, so there are no established norms of behaviour or long-term reputations at stake.

“Overall, what we’re trying to do is provide students with a vocabulary to help describe themselves and others, understanding where blind spots might be, but also where they can make the greatest contribution to the team and, most importantly, how they can allow and encourage others members to maximize their contributions too.”