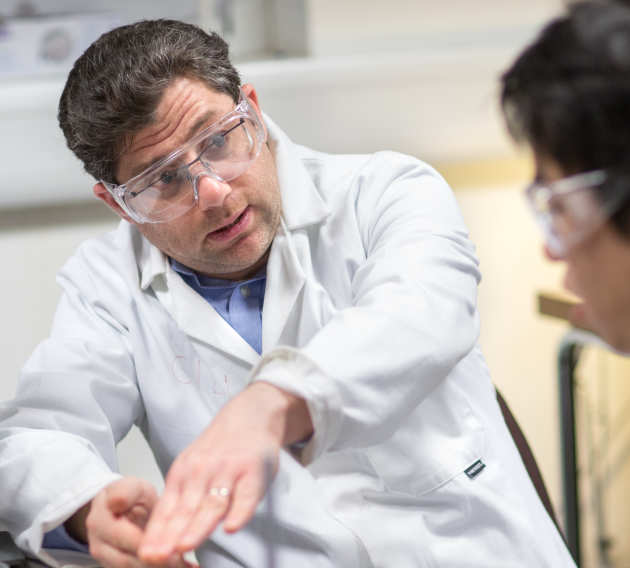 “A key skill for chemistry undergraduates is problem-solving,” says Professor Joshua Edel. “But chemistry labs traditionally  involve giving students a manual and asking them to follow instructions. I want them to think about how to analyse chemicals, and that includes thinking about the instruments they use.”

Professor Edel teaches the principles of chemical analysis using light spectroscopy, a technique for discerning which chemicals are present in a sample - and at what concentrations - by examining the interaction with light.

He says: “Spectrometers consist of simple components such as a light source, lens, and detector, and a computer to collect data. They are fairly simple to build so we get first-year students to make their own using LEGO.

“Creating the device yourself gives you a better appreciation of how the equipment works. I feel like I’ve learnt a lot more from building it myself.”

“They need to put the components together at the correct heights and with the correct angles and LEGO allows them to do this to within a few millimetres’ accuracy. It’s also something everyone is familiar with and brings an element of fun to the lessons.”

Students work together in groups to build their spectrometers, which often end up as creative as well as functional thanks to the colours and shapes of the bricks. Groups have produced spectrometers shapes like ancient Greek temples or featuring the flags of their home nations.

Instead of simply following instructions, students are actively engaged and feel they are responsible for their experiment: “This is a good exercise in problem-solving. We still give students a manual to work with, but it’s a lot less detailed, and their success will rely on good chemistry skills such as accurately weighing their samples.”

The groups are given control samples of known chemicals at set concentrations to help them calibrate their equipment. Then they are given unknown samples which they must test with their LEGO spectrometers to see if the can work out what is in the sample and at what concentration. Each group must come up with an answer and there’s a prize for the winner. 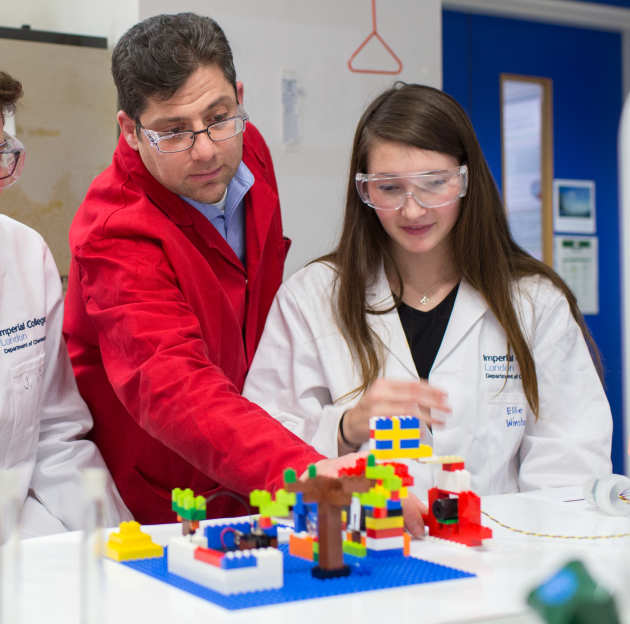 Student feedback on the lesson is extremely positive. “Labs can be very long and dry but this shows that we can make them fun and different,” says Professor Edel.

Following the success of the LEGO spectrometer, Professor Edel is working to weave more actively learning and analytical skills into second year labs, and to make sure that his lectures are integrated, clearly relating to practicals and to lectures given by his colleagues.

He says: “In second year practicals students get to study proteins, measure how they are folded and unfolded, and examine how they behave in different environments. These are important problems in chemistry because the behaviour of certain proteins play a role in many diseases such as Parkinson’s and Alzheimer’s.”

These lessons build on the problem-solving skills gained during the first year and students must give a verbal report of their work. They are asked to present either as if they wanted to publish their experiment in a scientific journal, or as if they were seeking funding to continue the work. For the former, they must emphasise the quality of their data, for the latter the focus is on where the research might lead.

Professor Edel adds: “I firmly believe that we are preparing students better for their futures, especially those who will go on to do undergraduate projects in their third or fourth year. They are no longer just following instructions, rather they are using knowledge gained throughout previous lectures and labs to become more capable and more independent chemists.”