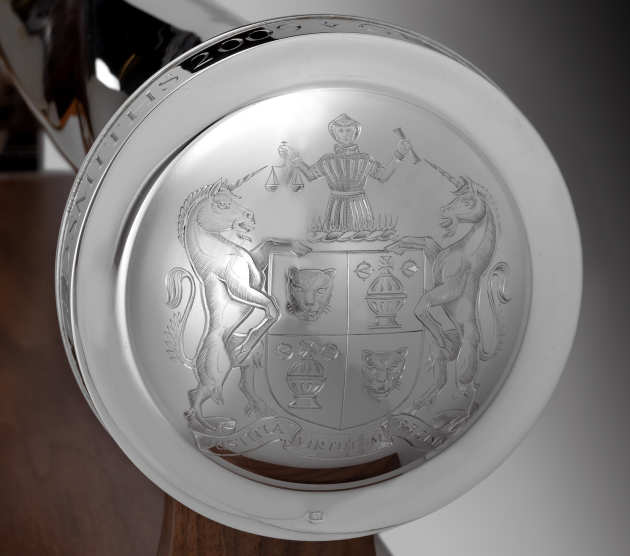 Padgham and Putland were one of several silversmiths asked to submit designs by the Company's Modern Plate Committee who oversaw the commissioning of the mace guided by the Company's curator Rosemary Ransome Wallis. The brief given by the Committee was to make a mace which was not only aesthetically a stunning piece of contemporary design but also practical and it had to incorporate motifs relevant to Imperial College.

The mace features a dramatic head depicting the College's Imperial crown with a three dimensional formed stylised harp, lion and book from the coat of arms inside, on top of an impressively twisted stem.

The four "crown" parts of the head are all hand forged and the harp, lion and book edges all hard gold plated in lemon gold. 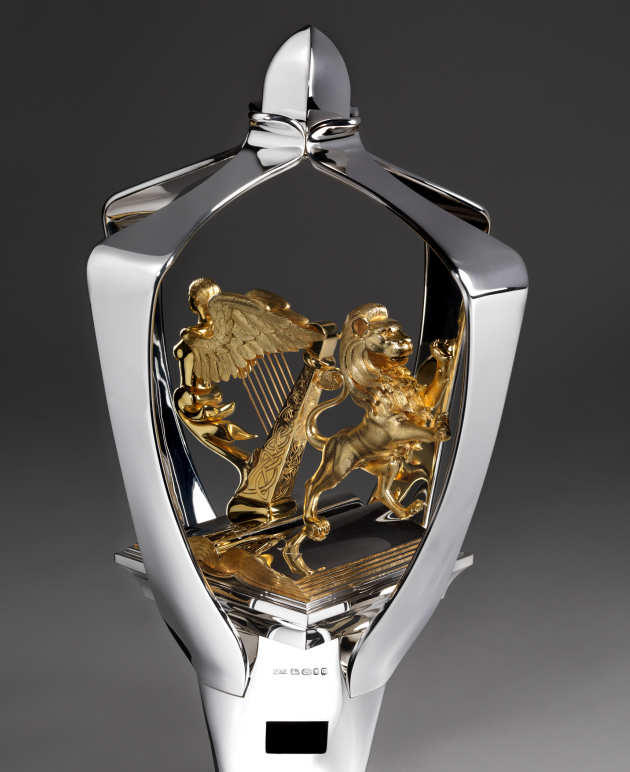 The helix shaped stem represents human D.N.A or a chain of atoms in a spiral - visual references to Imperial College's links to science and medicine.

The base of the stem is engraved with the Goldsmiths` Company coat of arms with an inscription around it reading `Gift of the Worshipful Company of Goldsmiths 2009`.

On receiving the mace Lord Kerr, Chair of Council at the time, expressed his sincere thanks on behalf of Imperial College to the Goldsmiths' Company and said: "The mace combines the traditions of history and modernity. It will be one of the university's living treasures as it will appear at all our great occasions."