Many famous characters have passed through the Department of Aeronautics over the years and have left an indelible mark.

Over the years, our graduates and staff have played a significant role in the development of the UK aerospace industry, which proved to be particularly important in the regeneration period after the Second World War. In more recent times the Department's research has been applied to other fields of engineering, leading to strong collaborations with Formula 1.

The Department boasts a large number of alumni who have been employed in F1 over the years, including chief designers and chief engineers, and profiles of these people - as well as the work of our most notable alumni - are available below. 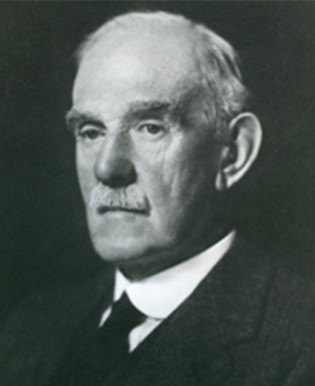 Sir Richard Glazebrook was born in Liverpool. After working in optics with James Clerk Maxwell, he was appointed demonstrator at the Cavendish Laboratory by Lord Rayleigh in 1879, and then in 1882 at the age of 28 he obtained a Fellowship of the Royal Society.

Glazebrook obtained significant accomplishments in aeronautics, particularly on conditions of stability, and was appointed Zaharoff professor of aviation at Imperial College London from 1920 to 1923. 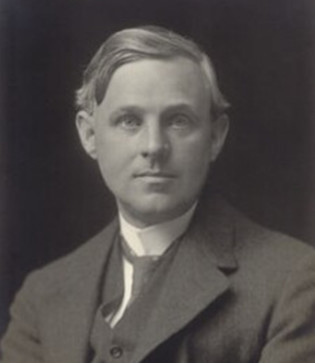 Sir Leonard Bairstow is remembered for is work in aviation and for Bairstow's method for arbitrarily finding the roots of polynomials.

He worked at the National Physical Laboratory, where he became head of the Aerodynamics department, between 1909 and 1917.

He held the Zaharoff Chair of Aviation at Imperial College since 1920, and was head of the Department of Aeronautics until 1945. 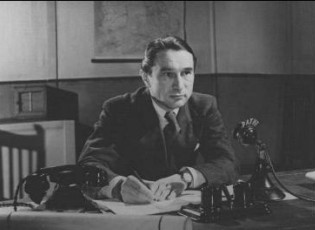 "When I look back....on the pattern of my long life, I see it dominated by three great projects - the design and construction of the R101, the development of the jet propulsion gas turbine, and Cranfield University. These are, so to speak, the high hills in a plain of diversified scenery." - Harold Roxbee Cox.

At the age of 16, Roxbee joined the Aircraft Design Department of the Austin Motor Company at Longbridge. He moved to London in 1922, starting his  studies at Imperial College London. He was supervised by Sir Richard Glazebrook and Sir Leonard Bairstow, and obtained a PhD in aeronautics two years later.

His PhD work was on the aerodynamics and instabilities of wings, being his thesis entitled A Reciprocal Function Solution of Laplace's Equation in Two Dimensions with an Application to an Aerofoil Section.

In the summer of 1924, Roxbee went to work at the National Physical Laboratory, whose first director had been his supervisor Sir Richard Glazebrook. Roxbee then joined the design team for the R101 in Cardington (Royal Airship Works), at invitation of one of his favourite lecturers at Imperial College, Lt Col V. C. Richmond.

Roxbee later worked on the development of aeroplanes at the Royal Aircraft Establishment at Farnborough, contributing to aircraft safety with his studies on the problem of wing flutter and the stability of structures. When the Air Defence Department was founded at the Royal Aircraft Establishment, Roxbee became its head. Much of this work then was with barrage balloons.

Roxbee became Chief Technical Officer of the Air Registration Board in 1936. In 1940, when war was declared, Roxbee was transferred back to Farnborough as Superintendent of Scientific Research and was then moved to the new Ministry of Aircraft Production as Deputy Director of Scientific Research.

In 1943, as vice-president of the Royal Aeronautical Society, Roxbee chaired two meetings from which the blueprint for Cranfield University emerged. The College of Aeronautics, University of Cranfield, opened in 1946. In 1953, Roxbee was appointed Deputy Chairmen on the Board of Governors, and in 1962, he became the Board's Chairman.

In 1944, Roxbee became both Chairman and Managing Director of the nationalised Power Jets. In 1948, he was appointed Chief Scientist at the Ministry of Fuel and Power. In 1954, Roxbee left the civil service to begin a second career in industry. He became Chairman of the Council for Scientific and Industrial Research, and President of both the National Council for Quality and Reliability and the Institute of Marketing.

Roxbee was honoured with a life peerage in 1965, taking the title Lord Kings Norton of Wotton Underwood. His chosen motto was "Precision and Tolerance". 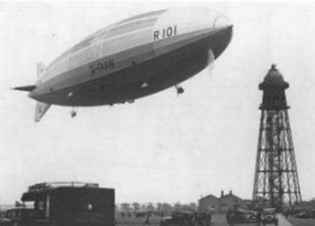 The R101's proving voyage was set from Cardington to India in 1930. Unfortunately, the airship crashed a few hours from Cardington, at Beauvais in France, killing Richmond and other 47 of its passengers and crew.

The official inquiry which followed found that the disaster had been caused, not by its design, but by a hydrogen leakage.

Richmond was a visiting lecturer at the Department of Aeronautics, Imperial College, in the 1920s.

Sir Arnold Hall led the team which investigated the Comet airliner disasters. The first crash happened in May 1953, and was followed by others in January 1954 and April 1954.

The investigation led by the then director of the Royal Aircraft Establishment at Farnborough was described as 'one of the most remarkable pieces of scientific detective work ever done'. 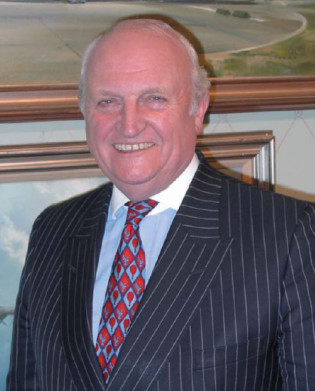 Air Marshal Sir Colin Terry is a renowned aeronautical engineer who spent 30 years in the Royal Air Force, after graduating from Imperial College in 1965 with a BSc in aeronautics. He is still president of his college association.

He became Air Marshal in 1997 and during his time in the Royal Air Force, as Head of Logistics and then Chief Engineer, he was responsible for 15,000 personnel and 30 aircraft types.

Sir Colin Terry's previous awards consist of a knighthood for his services to engineering; the Order of the Companion of the Bath (CB) and an OBE (for service in the Falklands). Sir Colin Terry shares The Economist's Class of 2002 with David Blunkett, Ken Livingstone, Iain Dun-can Smith, Charles Kennedy and Tony Blair. 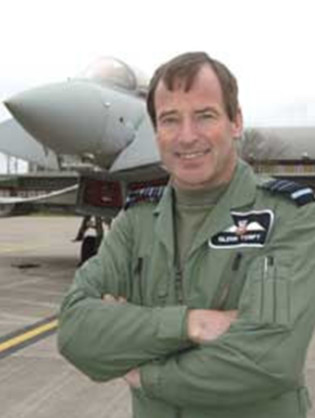 During the first Gulf war, he served with No 13 Squadron and was awarded the Distinguished Service Order in the Gulf Honours List. He also participated in the NATO intervention operation in Kosovo, for which he was made a Commander of the British Empire.

In 2003, he was the UK Air Contingent Commander for Operation IRAQI FREEDOM, for which he was awarded the US Legion of Merit for his part in the Coalition operation.

He graduated from the Royal Air Force Staff College in 1987, from the Royal College of Defence Studies in December 1997 and subsequently completed the Higher Command and Staff Course in April 1998.

Air Chief Marshal Torpy was made a Knight Commander of the Bath in January 2005, and assumed his current appointment as Chief of the Air Staff in 2006. He counts some 4300 hours of fast-jet flying.

Dr Pope joined the Hawker Aircraft Company in 1952. A year later, he became a student at Imperial College and in 1956 he graduated with first-class honours in aeronautical engineering.

In 1958, he concluded his MSc in the same department and then joined the Royal Aircraft Establishment, working on structural numerical modelling.

By the early 1970s, he became the head of the aerodynamics department and then took over all research on structures, aerodynamics, and new materials such as carbon composites in 1978. Shortly afterwards, he became responsible for weapons research.

In 1981 he moved to the MoD HQ, where he was assistant chief scientific adviser and then deputy controller and adviser in research and technology. He was director of the Royal Aircraft Establishment from 1984 until 1989.

Dr Pope finished his career as Pro-Chancelor of the University of Exeter. He joined the university’s council in the mid-nineties and chaired it from 1999. 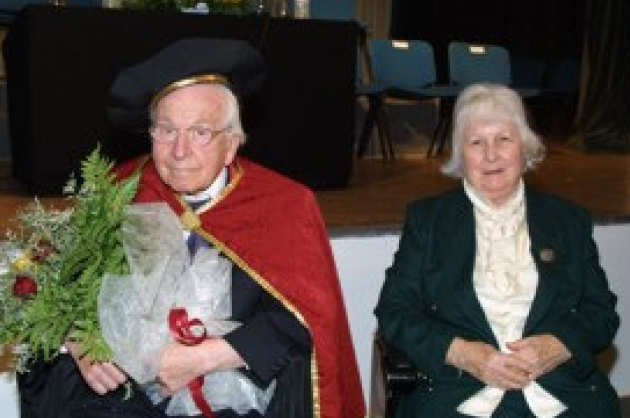 Professor Argyris is one of the inventors or creators of the Finite Element Analysis, which revolutionized engineering sciences.

He won a considerable number of prizes and medals: the World Prize in Culture and the 1984 Personality of the Year of the Centro Studie Ricerce delle Nazione Academy Italia, Silver Medal RAeS, Von Karman Medal ASCE, Copernicus Medal, Timoshenko Medal ASME, B Laskowitz Award with Gold Medal, Daidalus Gold Medal, Gold Medal Bulgarian Academy of Sciences, Henri Coenda Medal in Gold, Gold Medal Land Baden-Wurttemberg, Grand Cross of Merit of the FRG and Grand Cross of Merit with Star of the FRG, Einstein award (one of the USA's highest distinctions, given by the Einstein Foundation for Argyris’ momentous work on the Finite Element method and Chaos Theory).

Professor John Argyris is one of the only five researchers to have been presented with the Prince Philip Medal of the Fellowship of Engineering (for his participation the invention of Finite Element Analysis). 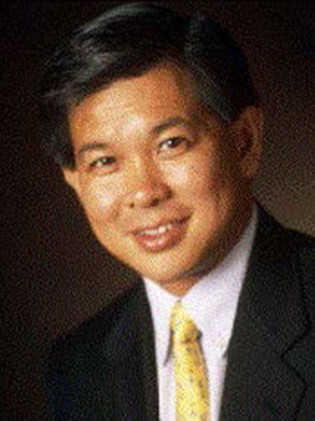 Mr Wee was awarded First Class Honours BSc from Imperial College in 1984a nd a Master in Business Administration from Stanford University in 1991.

His career with the Singapore Technologies (ST) group began in 1984 as an engineer in ST Aerospace. In this position, Mr Wee contributed to the acquisition of aero-science capabilities and participated in the design of reengined A-4 Skyhawks.

By 1997, he was president of ST Aerospace. In 2001, Mr Wee became President of ST Engineering’s Europe operations. Mr Wee Siew Kim is the President, Defence Business, of ST Engineering, having occupied this position since May 2002. In 2004, Mr Wee was concurrently appointed Deputy CEO, overseeing the Aerospace and Marine sectors. Mr Wee is also a Member of Parliament for the Ang Mo Kio Group Representative Constituency in Singapore since 2001. 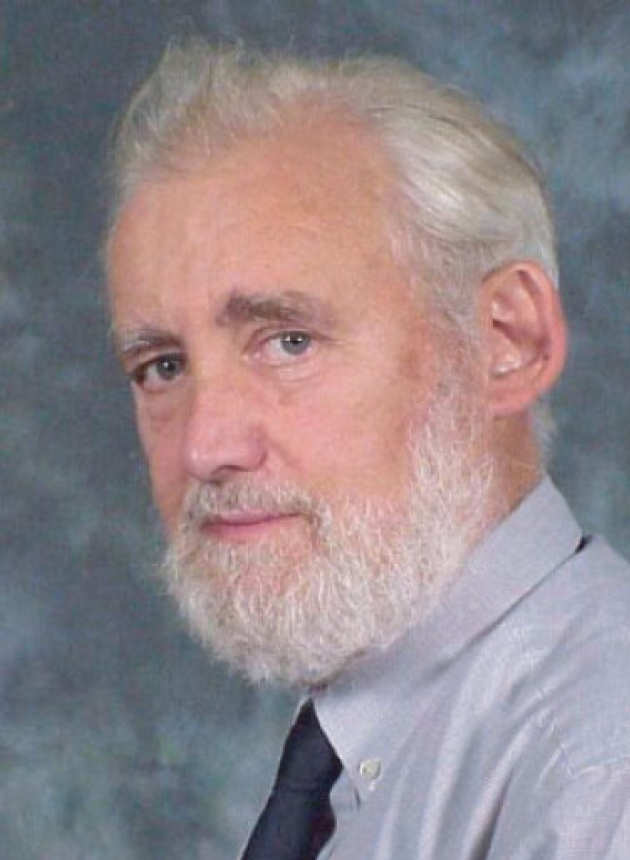 Michael Crisfield graduated in Civil Engineering at Queen’s University in 1965; and received his PhD in 1970 for research on the Finite Element Analysis (FEA) of skew bridges.

After a brief period at the Ministry of Development in Northern Ireland, Mike joined the Transport & Road Research Laboratory in 1971, where he remained until 1989. There he wrote his first influential book on FEA and developed some remarkable pieces of research, notoriously the solution procedures for snap-through problems: these are widely used today by most structural numerical simulation software.

In 1989, he became the first holder of the FEA chair in computational mechanics in the Department of Aeronautics at Imperial College London.

During this time, Crisfield received an IACM Research Achievement Award in recognition of his extraordinary achievements in the field of non-linear computational mechanics, wrote two more highly-cited books and also changed direction in his career, from steel and concrete to more lightweight materials - carbon composites.

For these materials, he contributed to develop the numerical tools which allow engineers to accurately model fracture problems involving crack propagation. These tools are called cohesive zone elements (among several other names), and have recently become a mandatory component for structural numerical simulation software.

In the latest moments of his career, Crisfield was in the top 20 most cited engineering researchers in the UK (not just in the field of computational mechanics).

Andreas Mogensen received his masters degree in aeronautics engineering in 1999 and has since qualified as an astronaut for the European Space Agency. During this time he has worked as a flight engineer on the International Space Station and was the first Danish citizen in space in 2015.

Find out more about Andreas on the European Space Agency website.

Department of Aeronautics students and researchers who have worked in F1