Google isn’t just a search engine, Facebook isn’t just a social network - these are attention brokers, according to Professor Tommaso Valletti, Head of the Department of Economics and Public Policy. But Mike Follett (Full-Time MBA 2013) argues there is nothing new about this and there has always been an economics of attention – the difference now is all our attention is focused on two main companies.

Mike has focused his career on trying to make communications more effective, using data driven decision making to drive marketing campaigns and communications. He is the founder of Lumen which uses cutting-edge eye tracking technology to understand what captures customer attention and drives consumer behaviour. He started out at BMP DDB, the agency that invented Account Planning. In 2007, he moved to New York, to start a strategic planning department for Tribal DDB in North America, applying planning practices to digital communications. Two years later, he went out to Mumbai, to head up the planning department for the DDB group in India. He returned to the UK to work for Tesco's advertising agency, before taking on his MBA.

Mike credits his time at Imperial, in part, for the creation of his company. 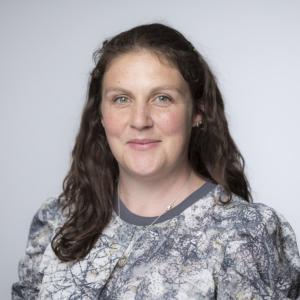 Alumni Communications Executive
Celia is responsible for all the communications to Business School alumni and this includes the monthly newsletter, alumni profiles and features, alumni blogs, event marketing, the website and social media. Please contact Celia if you have any queries regarding communications to alumni of the Business School.
Davos 2022
Davos 2022 Day 1: Staying ahead of the shark
23 May 2022
Features
Make your ideas a reality at the Advanced Hackspace
18 May 2022
Features
IB Career Club of the month: FMCG, Luxury & Retail Club
17 May 2022