There are different sorts of questions that you may be asked by an employer during an interview for a graduate job or internship position.

Competency questions focus on your skills (such as teamwork, communication and organisation) and require you to draw on examples of where you have shown these in the workplace, education, or elsewhere. You may also be asked questions about your motivation for choosing a particular role or employer, and questions about yourself, your strengths and/or your weaknesses.

Below are some of the most common types of interview questions you may face, but, of course, you could be asked some different sorts of questions altogether. Whatever the question, your primary aim is to describe yourself as a suitable candidate with desirable skills and attributes which match the requirements of the employer you're being interviewed by.

A rocket or elevator pitch is a short presentation where you focus on describing your background, skills and experience, motivation and interest in the opportunity and/or industry in a very short space of time – usually between 30 seconds to two minutes.

Think carefully about the key points you wish to get across during this time and link it to the role/organisation you are applying for.

Typically, in an interview situation you would use a one to two minute rocket/elevator pitch to answer introductory questions such as:

“Tell us about yourself”

You could also prepare something similar as a short introduction when networking at careers fairs or events.

Biographical and self awareness

Biographical and self awareness questions

"What activities and leisure interests are you currently involved in, and what have you learnt about yourself from your involvement in these?"

Ideally you should be able to talk about a reasonable range of activities, but avoid giving lists. Providing some further information about a few points will make your answer more impressive and memorable. Try to include some details and numbers to make it more credible. Activities which involve you with other people are generally a better idea than too many solitary sounding activities. Make sure that you explain any skills that you have developed as a result of these activities.

"What are your three main strengths?"

This is not just to find out what you're really good at, but also to ascertain your level of self-awareness. Your strengths will be convincing if you back them up with sufficiently detailed evidence. The point of the question is to prove good things about yourself, whether these are well-developed skills such as teamwork or leadership, or attributes, e.g. motivation, resilience, drive, creativity.

"What do you regard as the three areas you feel you most need to improve and why - or what is your greatest weakness?"

For weaknesses, employers are primarily looking for self-awareness – evidence that you know and understand yourself. You need to answer honestly (of course) and wisely. Avoid corny options like saying you are a perfectionist or that you always work too hard. Employers are bored with those by now. A 'safe' weakness is one that could become a strength when it is managed with insight.

"Why should we employ you?"

This is an opportunity to demonstrate your suitability and draw parallels between what you have got to offer and what they need. Highlight your skills, knowledge and experience relative to the role, and match your values to those of the employer.

This type of question is anything that asks you to provide an example of a time or situation when you've used a particular skill or demonstrated an ability. Employers normally ask these questions relating to transferable skills - e.g. teamwork, analytical ability, communication - that they are looking for candidates to have.

How to answer using the STAR technique

When providing an answer to a competency question - for example 'Can you describe a time when you had to solve a problem?' - think STAR (Situation, Task, Action, Results):

Situation           Describe the situation that you were in.

Action                Describe the action you took and the skills you used and be sure to keep the focus on you ('I'), rather than ‘we’. Focus on skills and attributes, what went well and what you learnt. About 70% of the answer should be here.

"Describe a situation where you have worked efficiently in a group. Describe the role you played and any problems you encountered"

S: In my second year I worked in a team of four on a group-based case study that looked at haemodialysis and the polymer membranes used for the separation process.

T: We investigated the biocompatibilty of haemodialysis membranes, which involved producing a summary report and presentation in a two week time frame.

A: A few days into the project, it became apparent that one of our team was not pulling their weight as they did not attend the visit to the local dialysis unit. Some of my team mates opted for absorbing his workload into their own, whereas others suggested that he was directly challenged for slacking off.

I volunteered to speak to him and it transpired that he was unclear about the assignment, but was embarrassed to ask in front of the group. I arranged a one to one session to talk through what was needed and where he could contribute, he was very good in conducting literature reviews and so I re-assigned some of this work to his area and assumed some of the writing work myself. I also arranged for a knowledge exchange meeting to share the findings from the visit and the literature research. This way he could liaise with other members of the group to provide them with relevant material for the presentation and exchange knowledge with them about the visit which he missed.

R: He also volunteered to do the presenting with one of the colleagues from the presentation group, and overall we received 68% as a group mark.

This question is an extremely important one, especially where you are applying to jobs not completely relevant to your studies. Your response must be logical, and structured. It is not enough to say that you have always wanted to pursue that career – employers want reasons and evidence.

Make a connection between your own personal strengths and the requirements of the job. Describe any practical steps you have taken to confirm the choice, e.g. attending presentations, talking to employees of the firm, reading careers materials, attending workshops or other training events, work shadowing or work experience.

"If you are successful in joining this organisation, how would you like your career to develop in the next 3 years?"

It is important to convey enthusiasm, ambition and drive in your response. An effective answer is well informed about the routes for progression or advancement within the organisation. Where would a person be after three years if they were doing well? Include professional qualifications if appropriate.

"Why do you feel you are suited to a career with X?"

"Which of our values speaks to you and why?”

“What differentiates us from our competitors?”

Your priority here should be to prove that you have done your homework, researching into this particular employer and what it offers. Go beyond the superficial. Too many graduates are looking for 'challenging opportunities in a fast-paced, international environment'. State what in particular is attractive to you and why.

Go back to the research you undertook for your original application – has anything changed since then?

"When have you felt the most satisfied during your University studies?"

There is no wrong answer to a strength-based question. The interviewer is looking for you to identify your strengths based on your assessment of when you have enjoyed what you are doing. Often using the word ‘most’ can add pressure as you will be worried that the example is not good enough. Don’t – as long as you can explain why your example was satisfying to you, it will be fine.

"What do you enjoy doing in your spare time?"

Preparing for any strength-based question involves reflecting on your experiences and identifying what areas or parts of these you have found the most enjoyable and interesting. Interviewers will be taking note of your body language which will generally be very positive if you are genuinely talking about something you are passionate about. 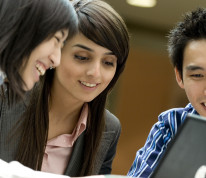