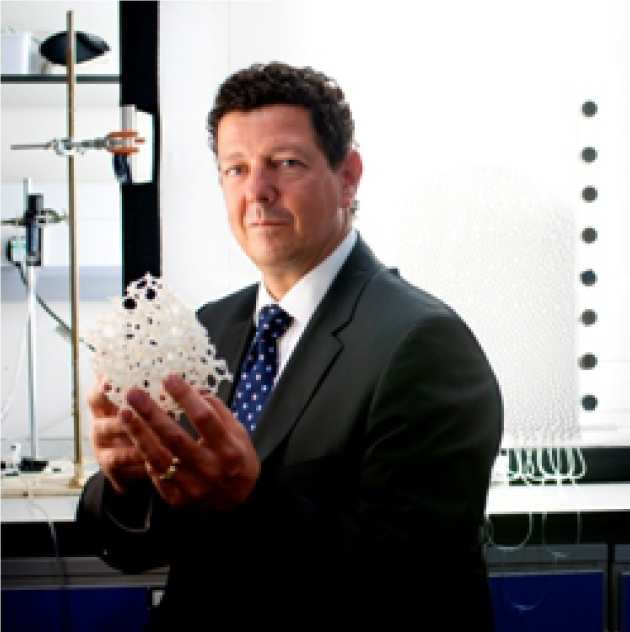 Froth flotation is one of the most important processes for separating valuable minerals from ore. At Rio Tinto, we use flotation for separating copper bearing minerals and the Centre’s flotation project is aiming to improve the recovery levels as far as possible.

The flotation process takes place in a tank, or cell, where crushed ore is mixed with water and foaming agents, then air is injected to create a froth. The process relies on the principle that the valuable minerals stick to the surface of the bubbles and float to the top of the cell. They can then be separated, while the other minerals in the ore exit through the underflow.

Jan Cilliers, an expert in froth flotation processes, holding a three dimensional "print out" of a froth structure.

Using mathematical modelling, the Centre’s flotation team (led by Jan Cilliers) has improved its understanding of the processes that happen in flotation tanks, and how foams behave. This has enabled them to predict optimum flotation conditions, and from this, to understand how to design better flotation cells and improve mineral recovery. The team is also hoping to develop flotation methods that can be used with coarser particles, meaning less energy is needed to crush the ore.

There have been two exciting developments from the flotation project. The first has been the use of “positron emission particle tracking” (PEPT) for observing particle behaviour in flotation cells. A single particle is radioactively tagged and emits gamma rays used to track its position. For the first time the particle’s complete behaviour has been observed, opening new avenues for flotation cell design. 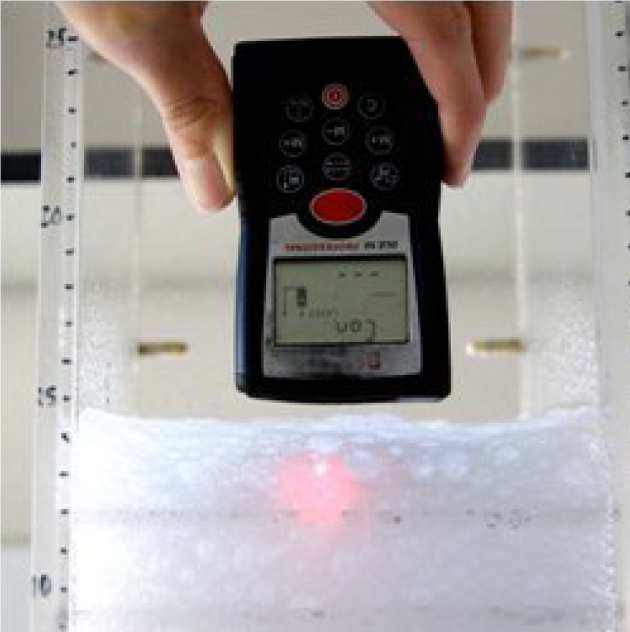 A similar technique is used in medicine and known as positron emission tomography (PET). Imperial College has donated the world’s most sensitive medical PET scanner to the University of Cape Town, where a collaborative PEPT facility is being established at the iThemba Laboratory for Accelerator Based Sciences. This will allow much smaller particles to be radiated and tracked with greater accuracy, and will facilitate an even better understanding of flotation behaviour.

The second breakthrough development by the flotation team has been a new, patented method for determining the optimal volume of air to be added to flotation cells, and its distribution.

In late 2008, the research team from Imperial College went to Rio Tinto Kennecott (Kennecott) to look at ways of improving copper yield using the control systems they had developed in London.Kennecott gave the systems a very positive response, and trials are now being prepared based on the team’s work.

“In the field of flotation froths, we have the finest science in the world at Imperial College,” said Jan. “This project has made huge strides very quickly and is very close to implementation. We have taken on some very tough problems and we have broken the back of some big ones. We’re working with very smart people in Rio Tinto’s Improving performance together team at Kennecott – they are taking our work and running with it. I believe that we will be delivering added value to Rio Tinto on this within the next five years.”