As part of our Celebrating Great Contributions this year – although not members of the department, we formally recognised the cleaning staff and Imperial College Security.

While the majority of the EEE Community has been working at home since March and continue to do so, we say very special thank you to those outside of the department who help us to work safely on campus by ensuring our buildings are sanitised and secure every day — as well as feeding and watering our plants and fish!

The award is made in recognition of staff who make a particular effort and go out of their way to help and support their colleagues. Two awards have been made in this category. 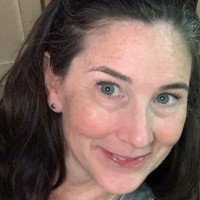 Joan is recognised as an outstanding team player and an integral member of staff, whose attitude to work and making things better has been especially praised for helping create a “healthier culture” within in the Professional Services team. She is willing to share her knowledge, and consistently helps others, especially new starters.

"Joan has helped me a lot over the last few years, from navigating the College systems (and their quirks) to offering positive emotional support."

"She assists people quietly, and without fuss. If asked for help she will commit to finding the answers and will think creatively to try and solve problems. She has put together guidelines for the Talentlink recruitment system, and she sends emails around when she learns something new."

"She is modest about her care for others as well as her technical capabilities."

Zia started in this new role this summer, and has been nominated for his exceptional customer service, his response to keeping staff and students safe, and his efforts in securing funding for projects to improve our department’s facilities.

"Zia has worked very hard to make sure our Department is a safe zone for all those who have returned to the labs for essential research. His positive attitude is a breath of fresh air. He is very approachable, friendly and reliable. Nothing is too much trouble for him, he is always happy to help."

"We have appreciated his fast and well thought out responses to setting up screens, signage and providing PPE and other resources in response to Covid-19. He is a good listener and communicates well with others."

"Zia has demonstrated a desire to move the department forward. He went out of his way to find some extra funds from donations and brought new vision to the project."

This award is to recognise a team effort in the Department. There are two Teamwork Awards made in this round.

The team has been recognised for their efforts in managing the transition from in person education to online, and the volume of extra work that has been necessary to make this possible.

Beyond that, they have been particularly praised for the compassion and support that they provide to hundreds of students, especially during what has been such an anxious and confusing time for continuing, graduating and new students.

"[Their compassion and support for our student community] is something that we lack as teachers. Also, the way the team helps students with disabilities is amazing, they care about each and every student, and this has a vital impact on the success of the department."

The Lab in a Box delivery team has been given this award for their exceptional dedication, resilience and skill in producing and delivering hundreds of lab kits to our students.

“Unlike most of the department, these staff could not do their jobs from home and made a personal sacrifice by travelling to the College day after day throughout the pandemic. The work was not routine, and new equipment and processes had to be developed to suit the requirements of remote learning. Throughout the process, they have been diligent, organised and innovative, and their hard work continues today as some 650 lab kits are being prepared for Spring Term study.”

"At a recent staff meeting one of the people who expertly designed one of the lab in a boxes was quite rightly congratulated, but I felt at that time there was another associated group of people that also needed thanking for their commitment and hard work in making this initiative happen. Implementing these schemes has not been easy. The logistics of packing several hundred boxes has involved a production line set up, many of the tasks being repetitive and requiring stamina over long hours to meet the deadlines. Similar effort has been required in soldering, testing, printing and making hundreds of parts. When possible, to reduce risks of traveling, some off the staff have been making and assembling parts at home. There have been some tight deadlines and some last-minute box content changes to deal with, the Stores team and lab staff have worked together to trouble shoot and iron out any problems. The team communicate well and support each other, and this is why any problems have been swept aside."

This award celebrates collaborations, which may be cross-team, cross-departmental and even cross-faculty. The awards panel have made to awards in this category.

During the pandemic the various ‘Lab-in-a-Box’ experiments continue to be crucial to remote learning and teaching. Designing the experiments has required an unprecidented amount of collaboration and effort to coordinate.

Instrumentation, oscilloscopes, microprocessors and power supplies had to be sourced and co-ordinated into a single kit able to be shipped and which could be used for all the various modules' experiments.

Experiments had to be adapted for new electrical loads, new PCBs were needed, and as well as all the hardware, the software had to be re-written too.

A special mention was made to Ed Stott for his leadership in the design and delivery of the experiments.

"Ed has been absolutely amazing in the organisation of the lab-in-the-box initiative! I would call him the "King of the lab-in-a-box!” Although this is a team award as many people contributed to the lab-in-box' success, without Ed it would not have been the success it is. Ed took complete control of the project. He redeveloped part of the 1st year key lab skills, worked together with the module leaders in year 1 and filled a well-designed box with well-designed lab exercises and components. I think a lot more students than ever before are doing experiments in their lab time and free time too - most of them feeling satisfied about their achievements. He is also helping out second year and third year to get organised for spring term.”

The awards panel felt in this instance strong interactions working with staff, student and external stakeholders during challenging remote conditions merited an inclusion in the Collaboration category. 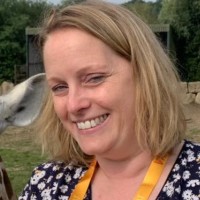 Emma was nominated for her outstanding work in the education office, particularly for her collaborative engagement in the preparations for the beginning of autumn term, when all the usual procedures were completely overhauled in order to accommodate a larger than usual cohort of new students, and multi-mode operation.

"Emma’s collaboration successes have been in adapting to the circumstances of this academic year by changing processes and finding new ways to be effective and get things done. She has to work with a huge number of staff, students and applicants on a day-to-day basis, and it would not be a surprise if this level of interaction and collaboration exceeds any other individual in the department."

This award is given to a colleague who has inspired either through the activities they have carried out at work or outside of department life, or their ability to juggle demands in both. It can be anything from their dedication and passion for a particular cause, or their leadership, or something positive that they bring to the Department. The criteria is that they must have inspired us in some way to do things better.

Kay makes a conscious effort to make the department a more diverse place and widen student participation. She manages outreach activities, which go somewhat without fanfare in the department because they don’t directly contribute to our headline outputs such as students, grants, papers, and they happen while many people are having a break for the summer.  Participants report that these activities are highly valuable and have directly led to them being offered undergraduate places at Imperial who might not have otherwise considered applying.

Members of her team acknowledge they could not have managed the extreme volume of work they have had to undertake throughout lockdown and valued her constant support and guidance.

"She is willing to speak out on the issues we face with gender imbalance and stand up for the role of the education team in the department."

"Kay is enormously resilient, she works well with her team and ensures they are supported. She is instrumental in the admissions process, most of the work is done by Kay and her team. She takes excellent initiative in supporting the DUGS with their reporting tasks, for example in getting the comparison report to the IET, keeping up with minor changes to the curriculum, and initiating the annual monitoring report." 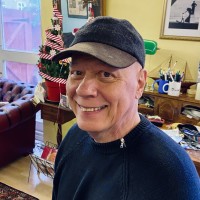 Christos is described by in his nomination as an inspiration to all of us in the department. Not just for his research, and for his teaching — for which he has always been praised highly by his students, but for what he brings to our community as a person.

"Christos cares about others. He is a selfless person who isn’t interested in personal gain or benefit. He spends a lot of energy and effort in his teaching and in helping his colleagues."

"I have learned a lot from him, and I have always seen him as one of the role models I can follow to become a better teacher. People like Christos make our university one of the top universities in the world. I wish we could have more people like him." 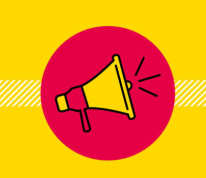