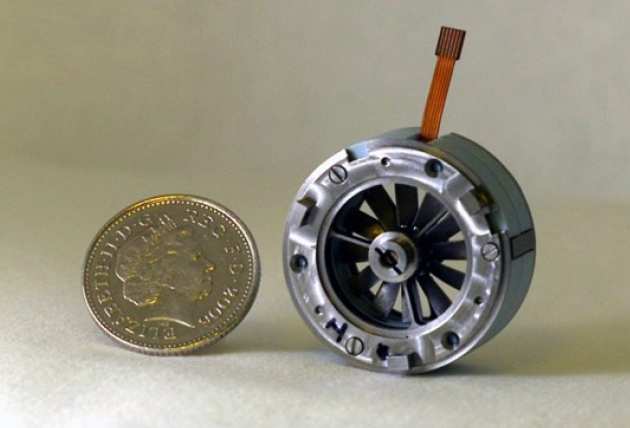 Increasing miniaturisation and cost reduction of sensors, circuits and wireless communication components is creating new possibilities for networks of wireless sensors, in wearable and other applications (including the “Internet of Things”). However, for sensors to be truly wireless (untethered), this requires not only wireless communication, but also wireless powering. Batteries provide this capability for most portable electronic devices; however, their need for replacement or recharging introduces a cost and convenience penalty which is becoming increasingly unacceptable for applications such as sensor nodes, as the number of these grows.

As an alternative, sources which harvest energy from the environment are very attractive. And since the power demands of electronic functions are continuously falling, energy harvesting looks more and more realistic. Ambient energy sources include motion (body motion, machine vibration etc), heat, light and other electromagnetic radiation present in the local environment. We have a large, diverse and well established research activity in developing devices for energy harvesting, with a variety of application areas, as well as working on another approach to untethered power, namely wireless power delivery.

These devices have a proof mass mounted on a spring within a frame. The frame is attached to a moving “host” (person, machine…), so when this host moves, this vibrates the internal mass.

An internal transducer is used to extract power from this relative motion. A crucial feature of such a power generator is that it needs only a single point of attachment, and so can be made very small and installed almost anywhere. We have done extensive theoretical work on the possibilities and limitation of such devices. 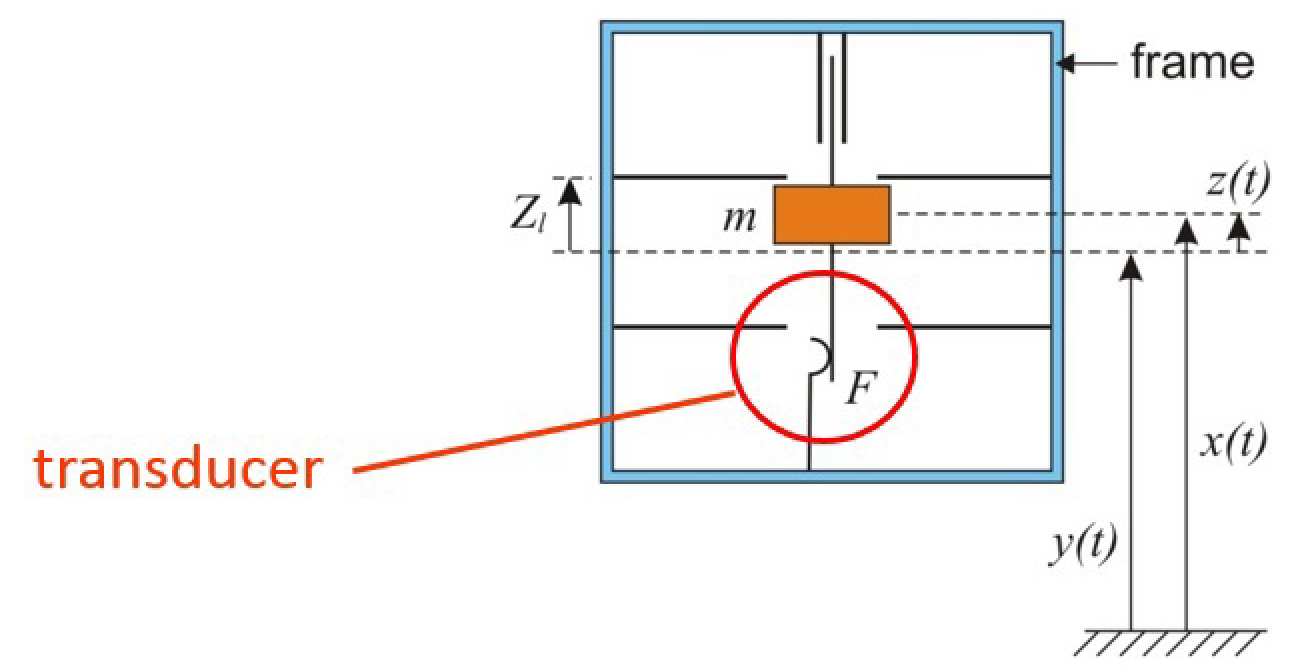 One possible transduction method for inertial harvesters is electrostatic . A mechanically variable capacitor is pre-charged when the mass at bottom (max capacitance), and under sufficiently large frame acceleration, the capacitor plates separate at constant charge.  Thus, work is done against the electrostatic force, and this can be released when charge is transferred (at higher voltage) to an external circuit when the moving plate reaches the top plate.

We demonstrated the first working electrostatic micro-harvester in 2006. It used a non-linear mechanism to produce output at low and variable input frequency, as is needed for applications such as body motion.

More recently we developed electrostatic harvesters with rolling inertial elements., with their output coupled directly to resonant transmitter circuits. Thus we could create a wireless sensor with no battery or other energy storage, powered entirely by motion. 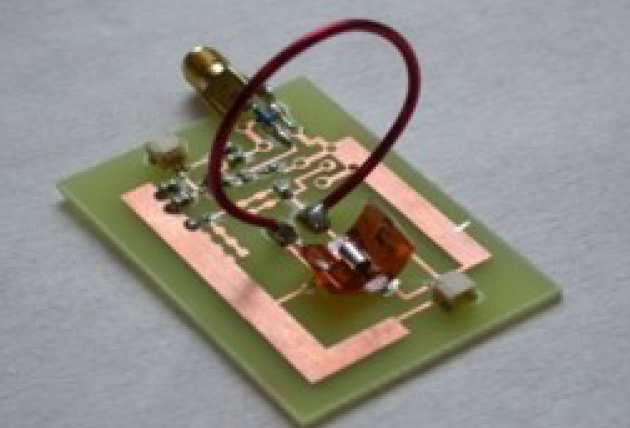 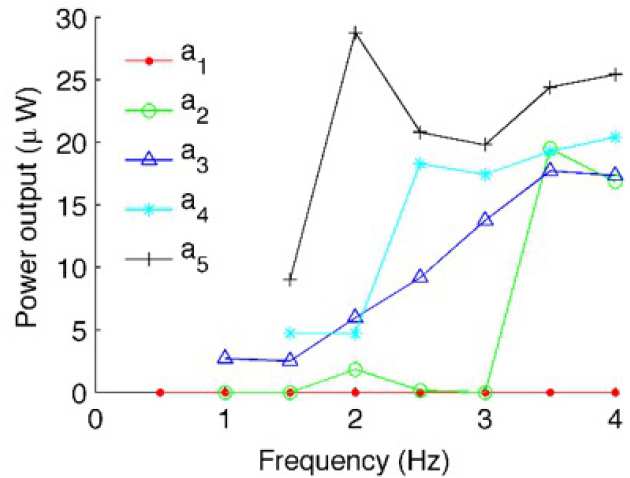 Based on the piezoelectric transduction and the rotating proof mass, we recently developed self-powered sensor devices for which the frequency of the output pulses is modulated by the sensor signal. 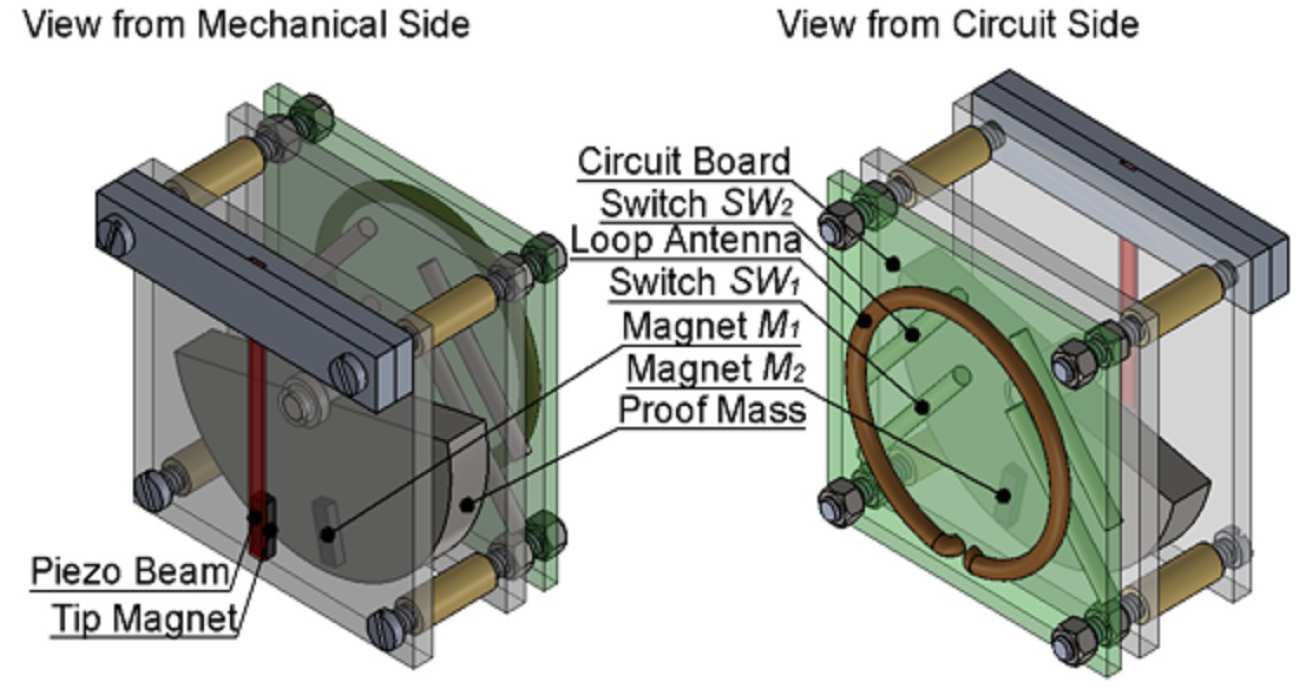 We have developed a cm-scale shrouded wind turbine with a permanent magnet electromagnetic generator integrated into the shroud.  With a cross-sectional area of only 8 cm2 this device is the smallest air-flow harvester to date that can generate mW power levels from low-speed air flows, and as such it provides a benchmark for flow harvesters at this scale. The device is aimed at wireless monitoring of air flow, temperature and/or quality in air conditioning ducts. 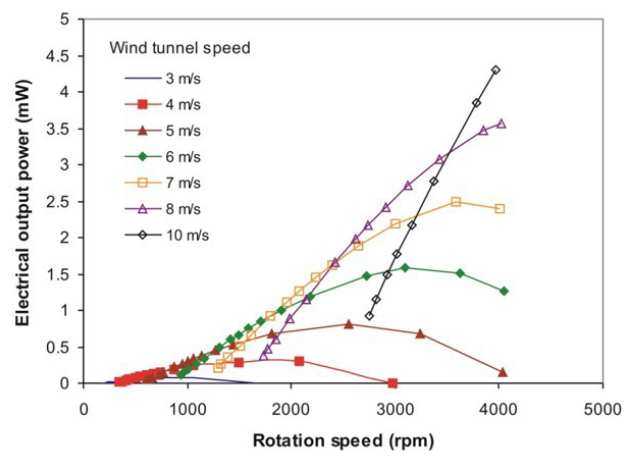 One application is to use the temperature change from ground to flight, to power devices such as wireless strain sensors in aircraft wings and fuselage. We have developed such systems together with Airbus and other partners.

Providing power wirelessly is particularly attractive for medical implants and other embedded devices.  Ultrasonic power delivery has benefits over electromagnetic  for very small devices, because it can be more directional. We have developed micromechanical devices for remote ultrasonic powering of actuators. 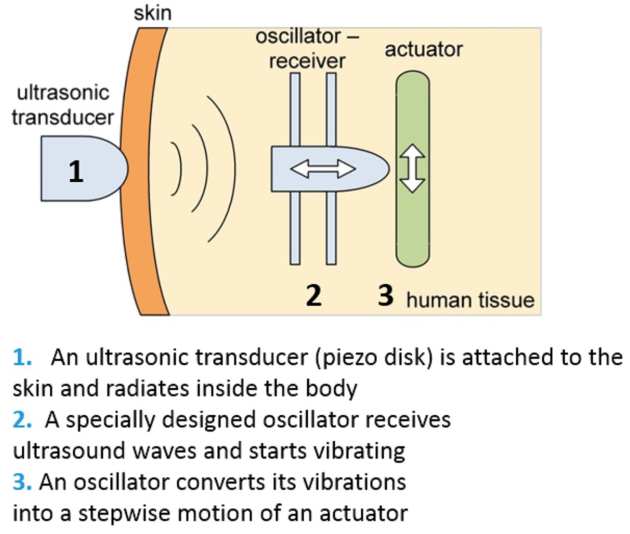 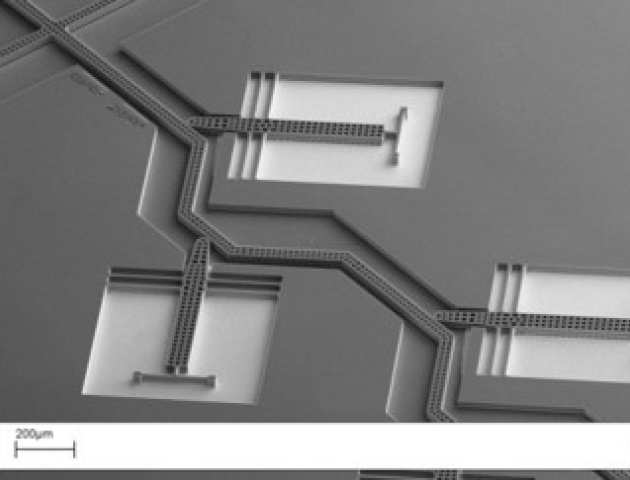 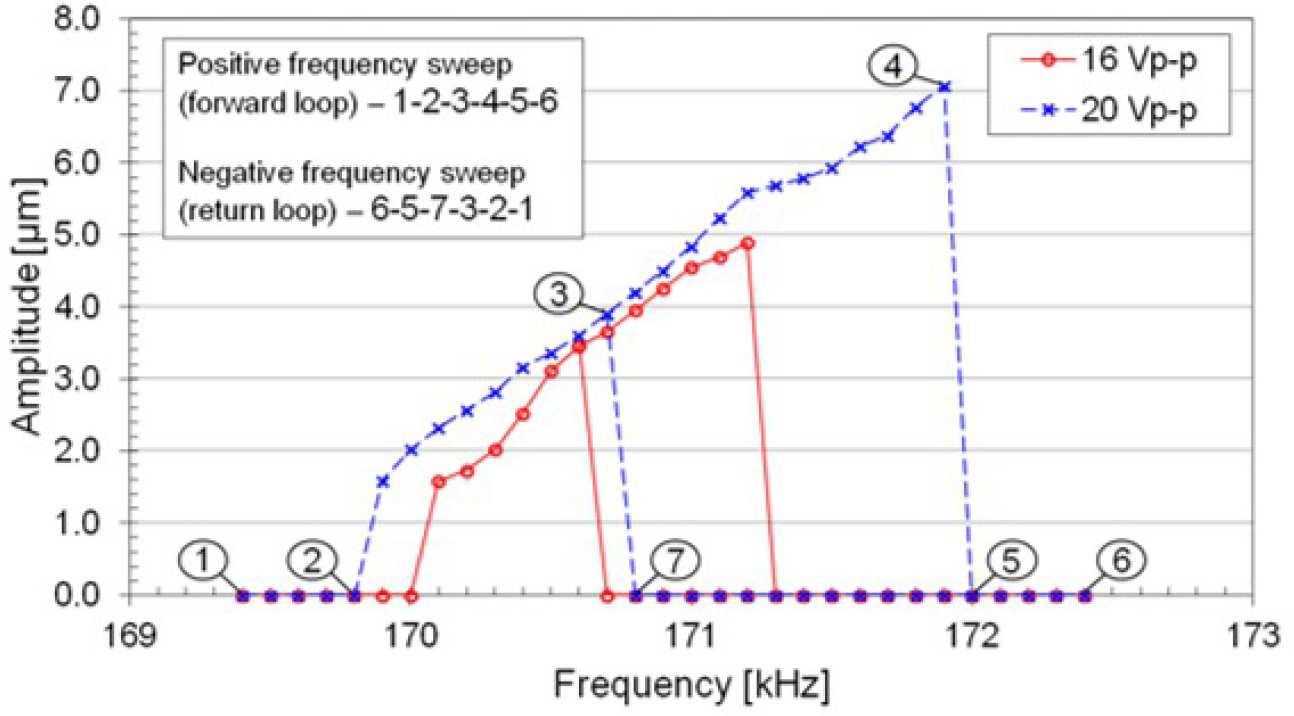