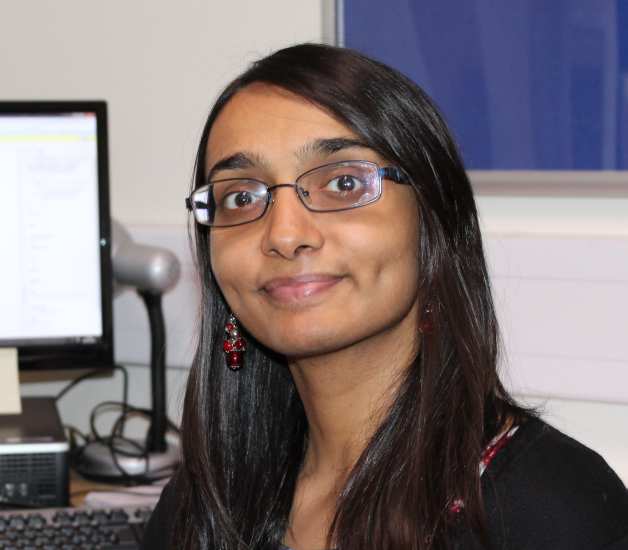 I did a bachelors in electronics and communications at the National Institute of Technology Tiruchirappalli in India.

Why did you choose Imperial College London?

After my undergrad I worked for two years in a company that specialised in Wimax, and it was during the course of my work that I realised I wanted to specialise in communications and signal processing because it would give me more opportunities in industry.  I had a friend in the Department here so I knew that it is very popular and doing a lot of good work in communications and signal processing.  I also noted when applying that Professor Manikas who taught areas of the course had areas of interest in which I was particularly looking forward to working in.

Could you give a summary of what your MSC involved?

Apart from the mandatory courses which covered the essentials of signal processing, we had the opportunity to specialise in communications or signal processing, and I chose communications.  The good thing was you could attend as many modules as you wanted to in different subject areas -  I was examined I think only in about eight but I attended lectures of another four courses.  It’s useful to know other fields which you can apply in other areas.

As I said before, even before coming to imperial I knew I wanted to work with Professor Manikas, and I was able to do my MSc project with him, and essentially that project got extended into my PhD. My MSc project was on a field called flexible array signal processing in which I attempted to do signal processing on antenna arrays with varying geometry. This has applications in various areas such as groups of unmanned aerial vehicles (UAVs), towed arrays and satellite clusters. The project was very interesting and very intense.  During your MSc, you work three months part time and three months full time on the project, and it’s an intense six months.  I learned quite a lot and I got to work with industry data from the UK-DSTL

What did you enjoy most about the MSc?

I think for me it was the project I enjoyed the most, as it was independent research which built the basis for my PhD.

How have you found being a student in London?

Initially it was a bit daunting when I first came. As I met more people I got to see that London is a very multicultural place and has things for everybody.  I do enjoy being in London.

I have enjoyed the environment.  Especially during my PhD, apart from my work where I am able to interact with all other research groups here, I also get opportunities to participate with industrial partners and see what industry wants and what we can provide.  It’s great that students as well as academics get to be involved with industry.  As a PhD student you can also attend a lot of courses from the Graduate School and that’s really good. Overall Imperial is a very good environment for students.

What would you like to do after finishing your PhD?

It is a bit early on, but I think I want to be involved in core research in communications within industry but I’m not sure yet.