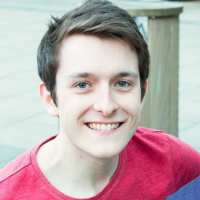 A Wearable Device for Muscle Fatigue Detection in Rehabilitation of Athletes

The aim of this project was to develop a wearable platform that integrates a user interface with an application specific integrated circuit (ASIC) that can be used to detect muscle fatigue. The detection and analysis of muscle fatigue can be utilised in many applications. For example, joints can sometimes fail after replacement surgery. By monitoring the fatigue of the muscle surrounding the joint, measures can then be taken to prevent the failure of the joint. Furthermore, monitoring muscle fatigue can steer the recovery of muscular diseases such as osteoarthritis, which affects over 8 million people in the UK. Analysis of muscle fatigue can also be used in sport. For example, to monitor the health of athletes’ muscles during training. 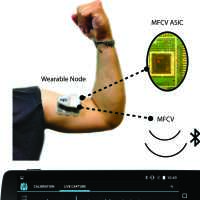 Jack’s project involved the implementation of a printed circuit board (PCB), containing the ASIC. The PCB also contains a microcontroller that calibrated the ASIC and relays muscle fatigue data to a smart-phone application via Bluetooth. As well as from designing the PCB, he wrote the software for the microcontroller and the smartphone application. The project considered different methods of fixing the device to a patient, resulting in a custom 3D-printed case to house and attach the PCB. The wearable device was tested on the Olympic rowing team of Great Britain at Charing Cross Hospital, London. 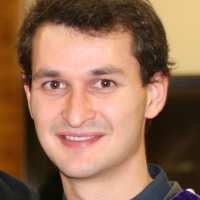 Alex’s project developed methods to extract 3D information from 2D images from the microscopic and close-up images from the Phoenix and Curiosity missions to allow a better analysis of the Martian surface.

Current analysis of these data has led to an understanding of the make-up of Mars, giving context to what we know about our own planet.

Alex took advantage of the limited in-focus range of a lens at high magnification. By using this known distance, and taking many images of the target, a 3D height map can be created by searching for the in-focus sections of each image, and assigning it the corresponding distance. The next step was to determine the accuracy of this approach, to understand the resulting images which can then be analysed with greater reliability. 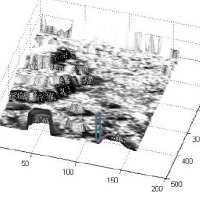