Photo-electrochemical devices employ semiconductor materials, such as Fe2O3 (EG ≈ 2.2 eV; λ < ca. 550 nm), which can perform one or several functions in the process of converting solar photon energy into chemical energy. Semiconductors absorb photons with energies greater than their band gaps, generating an electron - hole pair for every photon absorbed. The electrons (e-), which are promoted into the semiconductor conduction band (CB) with the energy delivered by the photon, and holes or 'electron vacancies' (h+), which remain behind in the valence band (VB), become the free charge carriers that ultimately enhance the rate of the water splitting process:

Photo-reduction of H2O where into hydrogen is performed by the photo-generated electrons in the semiconductor conduction band:

while the photo-oxidation of water is performed by the photo-generated holes in the valence band: 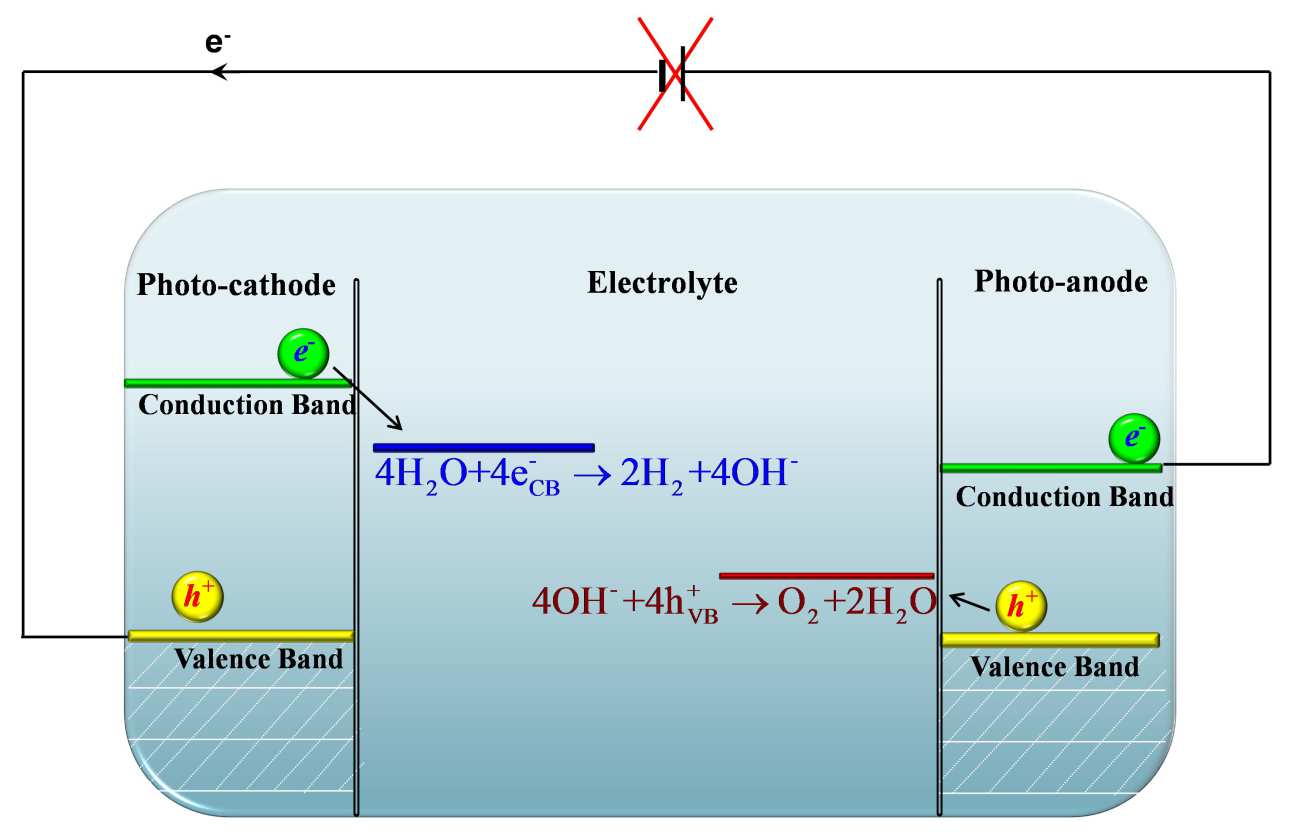 Our research is focused on two types of systems: one for photo-assisted and the other for spontaneous water splitting. Our photo-assisted system utilises an n-type hematite photo-anode and a metallic cathode, immersed in pH 14 sodium hydroxide solution. Our system for spontaneous solar water splitting utilises a photo-cathode in the place of a metallic cathode.

The requirements for materials, which theoretically enable spontaneous solar water splitting in a two-electrode system comprising a photo-anode and a photo-cathode are:

Direct production of hydrogen from H2S and H2O

Direct production of hydrogen from H2S

Direct production of hydrogen from water

In many parts of the world water is an abundant resource, therefore converting it into hydrogen is an attractive possibility