The Advisory Board comprises senior industrialists working in, or with extensive interests in, the energy sector. Meeting at least once a year they provide advice on the institute's activities in the context of their experience.

Damitha Adikaari - Director of Science and Innovation for Climate and Energy, BEIS 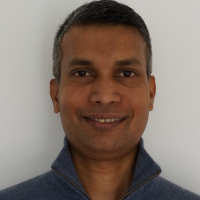 Damitha Adikaari is head of energy science and innovation at the Department for Business, Energy and Industrial Strategy. He has responsibility for energy engineering, technical energy analysis, innovation policy and innovation delivery, civil nuclear R&D coordination and the climate science programme.

Dr Will Cavendish is Arup’s Global Digital Services Leader drawing together the very best in technology, design and engineering to redefine the built environment with ARUP's clients. He has worked at DeepMind, the Department of Health and DECC. He has also served as a World Bank Economist and lectured at both Oxford University and Imperial College London.

Jo Coleman is Shell's Energy Transition Manager for the UK. She has previously been Director of Strategy at the Energy Technologies Institute after working st Shell for over 20 years. Jo is a Chartered Mechanical Engineer with a Masters degree from the University of Oxford and an MBA in International Management from the University of London.

Ian Funnell is ABB's UK Managing Director, responsible for continued growth and customer-focused collaboration in the UK, the Faroe Islands, Iceland, Ireland and Norway. Ian first joined ABB in 1999 and has held senior management positions in the power and automation businesses, leaving in 2008 to become head of transmission projects for a power utility. After returning in 2012 Ian became global account manager for EDF and has since performed as interim President and General Manager for ABB in France.

Professor Gordon MacKerron holds a chair in Science And Technology Policy at the University of Surrey. He is an economist specialising in energy and environmental economics, with degrees in economics from the Universities of Cambridge and Sussex. His academic career has specialised in the economics and policy issues of electricity and especially nuclear power. 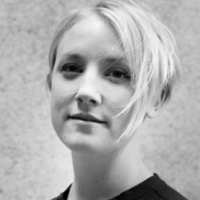 Emma Pinchbeck is the Deputy Chief Executive of Renewable UK setting the overal strategy for RenewableUK's communications and policy teams. Before joining RenewableUK, Emma headed up Climate Change & Energy at the NGO WWF-UK, where she worked on issues like the international UN Paris Agreement on climate change, and a successful campaign to secure a phase out coal-fired power generation in the UK. Before WWF-UK, Emma worked in private consulting as an energy policy expert and in finance. She has an MA from the University of Oxford.

Roisin Quinn is the Head of Energy Strategy and Policy for National Grid, responsible for leading the development of future energy supply and demand scenarios that take a holistic view of UK energy. Prior to this, Roisin held a number of engineering and commercial roles at National Grid, the most recent being Capacity Market Design Manager, leading National Grid’s input to the design and implementation of the Capacity Market. 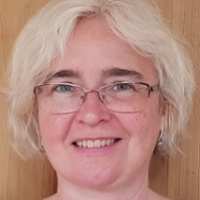 Joanne Wade is Deputy Director of the Association for Decentralised Energy. She has over 30 years' experience in the sustainable energy sector, working previously as a freelance consultant, a Director of Impetus Consulting, Research Director at the Association for the Conservation of Energy and at the Environmental Change Institute, University of Oxford.