Our third Year MEng Electrical Engineering students undertake an industry-lead design and build project where teams of 5 respond to an industry brief and work for 9 weeks as technical consultants to produce a working prototype/simulation and a presentation describing their design, the decisions taken and evaluation of how their design meets their industry client’s requirements.

Assessment of the project is usually carried out at a Live Hackbooth. This year, using Microsoft Teams, students delivered a short presentation, played a video of their working prototype and responded to a live Q&A from a team of assessors within a team channel thus mimicking the live experience as far as possible. Assessors then moved to a private channel to discuss and agree marks.

The process ran smoothly thanks to the support of the Faculty of Engineering Ed Tech team, particularly Mecnun Karayigit. We found that the quality and speed of videos was sometimes poor. Some students used an app called Watch2gether which improved things. Asking other participants in the channel to turn microphone and video off while videos were playing also improved the bandwidth and quality.

Another useful feature was that guests were able ‘drop in’ to the presentations without disturbing the participants. Dr Kristel Fobelets, Director of Undergraduate Studies (DUGS) and Head of Department Professor Eric Yeatman both demonstrated their interest in the students’ work as did industry guests. Kristel said

‘As DUGS I normally join the Live Hackbooth to mingle and talk to students but not to access their work, out of interest and to get excited with them when they talk about their achievements with such energy. In the Teams set-up I also went from group to group. Sometimes I had 3 groups running simultaneously as I wanted to listen to all of them and I could easily jump from one to the other. I saw some amazing presentations and some good problem solving on remote working. There was a lot of flexibility and I gathered a lot of information. I must admit that nothing can beat a good mingle and face-to-face chat - I missed the one-to-one communication with groups after the assessment is done, but this worked smoothly.’

We now have a library of videos and recorded presentations to use at student open days and briefing sessions for future cohorts. I also have a full set of marks from assessors because it was all done on the spot. 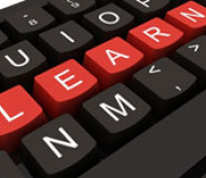