The wireless technology that can monitor machines to prevent failure 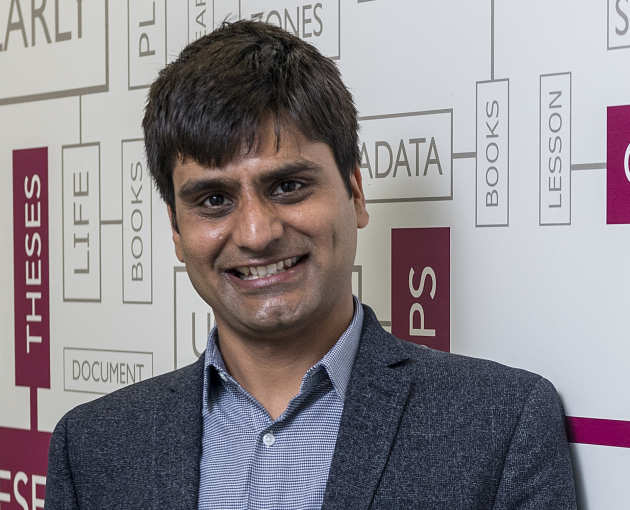 In 2017, British Airways suffered a widely publicised IT failure that delayed thousands of passengers and cost the company an estimated £80m. The failure originated from a power generator that was designed to offer back-up for BA’s data centre in the case of a grid outage.

“Problems like these are not specific to this industry,” says Dr Babu D. Choudhary. “It can happen across all industries and it shows how the cost of any machinery breakdown can be far higher than the cost of the machinery itself.”

Dr Choudhary joined Professor Julie McCann’s group in the Department of Computing at Imperial in 2011. At that time, he was working towards his PhD and contributing to an environmental monitoring project funded by the Natural Environment Research Council.

The focus of the project was a site of special scientific interest on the bank of the Thames in Oxfordshire. Dr Choudhary and his colleagues were trying to develop a sensing network that could be buried underground to monitor the temperature, moisture and pH of the soil, and transmit the information wirelessly through the ground for analysis.

Dr Choudhary explains: “The idea was to create an invisible method for environmental monitoring. But we experienced problems – the signals from the sensors could travel a few hundred meters through the air, but less than one metre under soil. Because soil is a heterogenous substance we began to study which factors were involved in propagating the signal through the ground.”

Ultimately, Dr Choudhary realised that the problem of soil conditions interacting with the wireless signal presented a new opportunity: that the interaction was actually providing information on the soil condition, so there was no need for the sensors.

He explains: “We were doing two things – sensing the soil conditions and communicating the data wirelessly through the same soil. What we learnt was that the soil conditions produced a measurable impact on the signal propagation. This gave us the idea that we could fuse the sensing with the communications – in other words sensing without sensors. And the idea took off.”

Dr Choudhary says he was less interested in academic impact and more interested in real-world impact, so he began thinking about commercialisation of this idea. However, he also came to see that soil monitoring was mainly limited to the academic market and not really translatable to an industrial scale for agriculture. 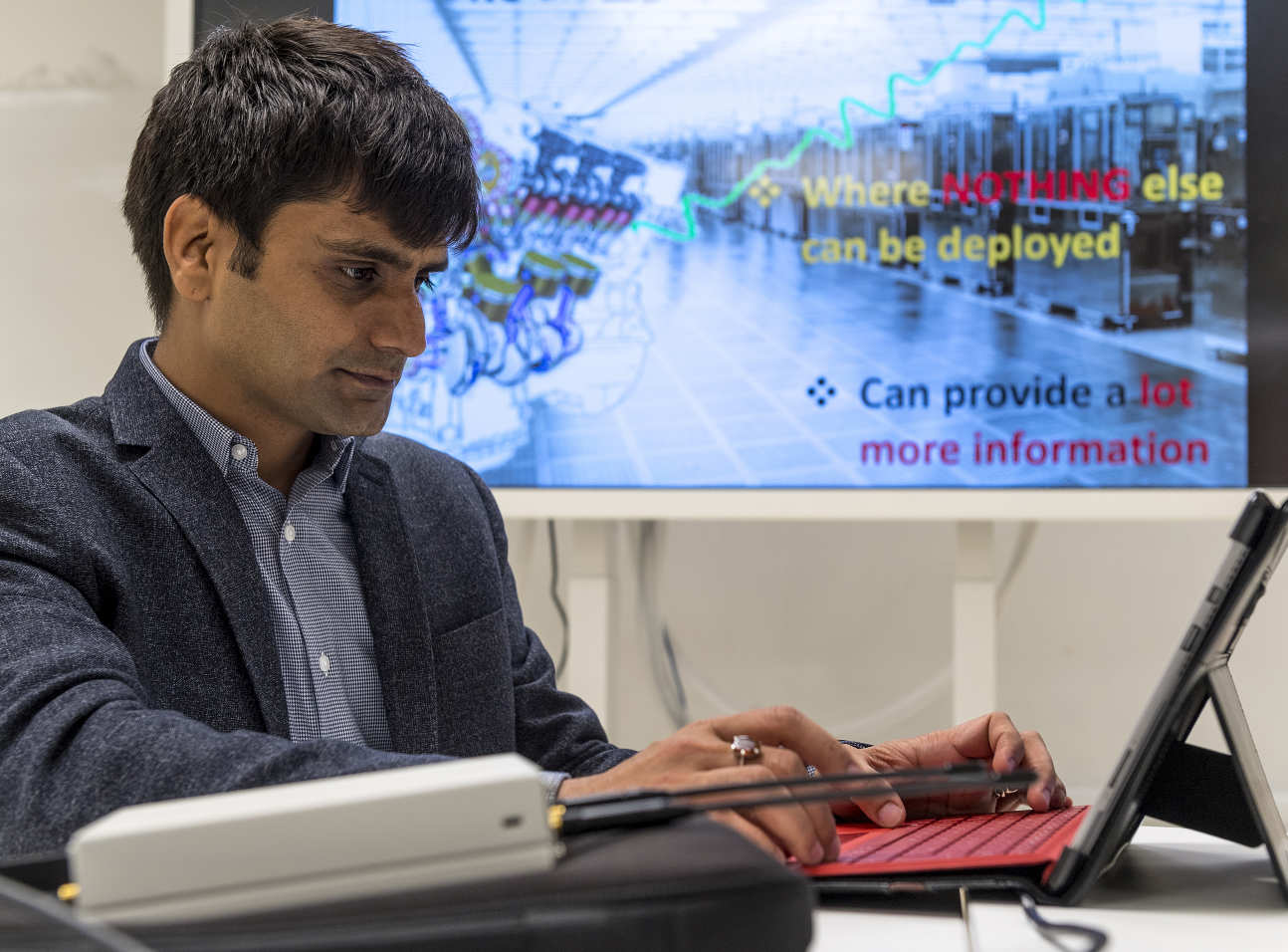 “I realised that a wireless signal could be used to monitor almost anything in an environment, and that it can be done invisibly and monitored from a distance. While thinking about where this technology could create the biggest commercial impact, I came up with the idea of monitoring machines noninvasively using a wireless signal. It was a eureka moment for me when I found out that nothing like this exist out there.”

With the support of Imperial Innovations , Dr Choudhary and his colleagues filed for a patent for the technology and named it CogniSense, and Dr Choudhary joined the Techcelerate programme to investigate the market for the product.

“You can’t put sensors in machines because of the inhospitable environment. The electronics don’t survive the heat or pressure or vibrations. Sensors are used on the surface of machinery, but if deep down something is going wrong, it takes time to propagate to the surface as an increase in temperature or vibration. By then it’s often too late to prevent machine failure.”

Dr Choudhary used his time on Techcelerate to discuss his technology with companies that produce or use heavy machinery, as well as with those who fit the machines and are involved in their maintenance. He discussed the advantages that his sensing technology offered in terms of its easy and low-cost installation, its ability to work even in hostile environments like a furnace, and the fact that it can be monitored from a distance.

Dr Choudhary says he now has companies who are interested in the technology and eager to pay for it, and he has secured £150k from Imperial Innovations to commercialise his technology.

He adds: “Until I joined Techcelerate, I was cooped up in the lab, far from the real world and out of touch with the market. There can be too much emphasis on academic novelty and not enough on what might be relevant in real world.

“The programme has given me the confidence to go out and do marketing for this technology. With freedom from the lab and the resources to travel and reach out to potential customers, I have built lots of contacts. I’ve also learnt that seeing the real market is important for an entrepreneur. You can’t simply outsource the marketing as you need to sink the market into your head in order to develop right products out of the technology.”