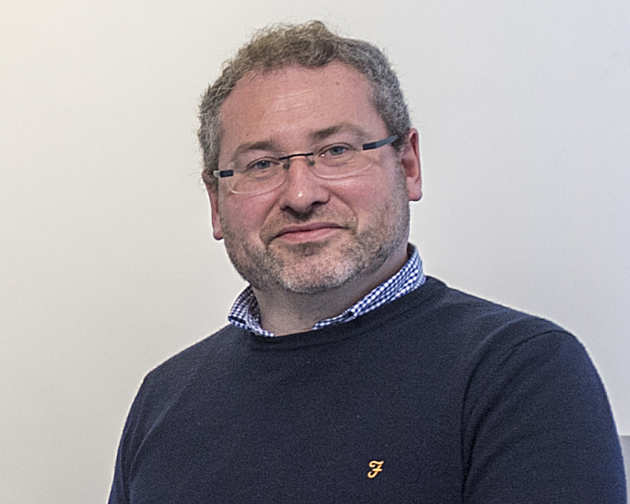 Electric vehicles will play a crucial role in reducing emissions and pollution, especially in towns and cities. However, if they are to compete with petrol and diesel vehicles, they will need a much better network of power points for recharging.

“For electric cars, we have to build a lot more charging posts on already cluttered pavements,” says Dr David Yates. “Drivers need to plug into those posts with a cable, which creates a trip hazard. You need to carry that cable around with you, which is fine in a car but it becomes a problem for an electric bike.”

Dr Yates, a Research Fellow in the Department of Electrical and Electronic Engineering, is working on a solution. He is developing new technology that can wirelessly re-charge anything from a mobile phone to a drone or an electric scooter.

With his background in researching radio frequency circuits and antenna design, Dr Yates is now working on a way to send power wirelessly from a supply connected to the mains. The power supply relies on a transmitter that converts electricity into a magnetic field. The device being recharged contains electronics that are tuned into the frequency of the magnetic field. When the device enters the magnetic field, voltage is induced in a receiving antenna.

Some technology already exists in this area but it has a major problem with ‘misalignment’, meaning the power can only be transmitted if everything is carefully lined up. Dr Yates explains: “Many phones can work with a charging pad but the phone has to sit right on top of the pad or it stops charging. I have one, but if for example I put the phone on the pad on my bedside table then knock it in the night, it stops charging and my phone has no power the next day, which is a real problem.

“So it’s not really wireless power, more contactless power. Our technology gives an increased range and therefore increased freedom of movement within the location of the power supply.”

Even before the Techcelerate programme, Dr Yates knew that the potential for this technology was enormous. For example, he says, it could mean that recharging points for electric vehicles could be buried under the road, or at a very low level, with no need for cables. Autonomous drones with fixed flight paths would be able to extend their range by landing on charging platforms along their route.

“We had known for a while that we had technology that was superior to the competition, and that it had lots of potential. But when you’re doing research in the lab it’s difficult to follow up on potential business contacts, with so many other things happening.

“Techcelerate created an opportunity to buy time out of the lab and do the things I’ve wanted to do for years but not been able to, such as rekindling existing contacts and building new ones.”

The key question for Dr Yates was: which is the right market to start the business in? He considered mobile phones and laptops but realised he would need to get the technology into lots of different devices for it to be worth installing charging platforms in places like coffee shops and conference centres. Instead he identified two more likely areas – drones and electric scooters.

“At first I got a negative response from scooter manufacturers, but eventually I got a positive response from surveillance industry experts. They use autonomous drones with fixed flight patterns for all sorts surveillance, for instance monitoring the perimeter of a prison. There are also applications in agriculture, such monitoring crops to see whether any areas need more water or pesticide.”

Dr Yates also contacted a food delivery service company after reading in a news article that the company was worried about noise pollution and would like to switch to electric scooters.

As a result of his work on customer discovery Dr Yates is in the process of spinning out a wireless power company. He has formed two active collaborations, including new funding for product development, with an electric scooter manufacturer and an Argentinian drone company.

“I’ve now patented and published this technology and at the end of this year or the beginning of next year, I will have something that is market-ready in these two sectors.”

Dr Yates says he would recommend the Techcelerate programme to others: “It teaches you the importance of customer discovery and finding out whether there is a real need for your technology. If you only have an academic perspective, it’s easy to get that wrong.”