The Centre for Environmental Technology (ICCET) was the first of many interdisciplinary centres within Imperial to cross traditional boundaries between departments, aiming to produce the highest quality research, teaching and advice on environmental matters. While Imperial College is renowned for its scientific and technological activities, the Centre was established to combine these with the legal, medical, economic and sociological aspects of the environment, with particular emphasis on cross-linkages between the disciplines.

Today the course remains true to its mission as a world-leader in the environmental field, with more than 4,000 graduates champions of its success.

Below are extracts from Hanna Gay’s book, History of Imperial College London 1907-2007:

“Flowers was Chairman of the Royal Commission on Environmental Pollution from 1973–6 and was therefore knowledgeable in this area...  In the late 1960s there had been attempts to bring people together from across the RSM to work on environmental technology, especially in the area of mine site recovery. And, in the biological sciences, ecological and environmental work was being actively promoted by T. R. E. Southwood.

By the early 1970s environmental management was a hot topic. It was an area in which something could be done even in a time of financial stringency. Flowers set up a broadly based working party under John Sutton, head of the geology department, to explore possibilities in the area of environmental technology. In 1975 Sutton reported that environmental science courses existed already in many universities and were attracting high enrolments. Approaching things from the technological angle would allow Imperial to occupy a niche for which it was well suited. Further, Sutton was able to report that work relevant to environmental technology was already being carried out in almost all departments in the college, and that funding for such work exceeded £1 million.97 Such research included the effects of air pollutants on grasslands, noise pollution, pest management, metal recycling, and hydrological and other problems related to mining and quarrying. Sutton suggested that the way forward was to introduce a new interdepartmental MSc course and, at the same time, build a number of interdisciplinary research teams that could be loosely administered in a small centre. These teams would help define concentration areas for the course, and help rationalize environmental research at the college. Having a centre would help in the liaison also with outside bodies and funding agencies.

The Centre for Environmental Technology (ICCET) was opened in 1976 by Peter Shore MP, Secretary of State for the Environment. The administrative and teaching centre was located at 48 Prince’s Gardens but later it outgrew these premises and moved to the RSM building. Over 120 students applied for the new MSc course and 24 were accepted in the first year.98 The course was approved by NERC, SRC and SSRC and 14 students were given funding. Eight areas of specialization were identified, though only four were offered at the start.99 When the Centre opened over fifty academic staff were associated with it, eight of whom were professors. The academic director was Gordon Conway, who earlier had directed the Environmental Management Unit and had lobbied Flowers for the new centre.100 The new initiative got off to a good start and monies soon came in; for example, a 1978 contract from the Department of the Environment for ecological work worth £450,000.101 This success encouraged the creation of other centres. By the early 1980s there were several more, not all of which survived. Ten years later ICCET was still flourishing and centres existed also in such areas as robotics and automated systems, semiconductor materials, population biology, and biological and medical systems.102

By the late 1980s its links to other areas of the college had increased in number. For example there were new links to the Management School, to research in the areas of the environment and transport in civil engineering, to the environmental geochemistry group, and to other centres such as the Reactor Centre (later the Centre for Analytical Research in the Environment, CARE),8 the Centre for Remote Sensing, and the Global Environment Research Centre.9 Indeed ICCET had grown so large that it was given quasidepartmental status in 1989. It moved to more spacious accommodation in the RSM building and, in 1997, became a full department. In addition to its successful MSc course the centre had about forty PhD students by 1990. In 1992 ICCET teamed up with thirteen other European institutions to offer a European MSc in environmental management.

The mid-1990s was a high point for this centre/department. In 1994 a committee chaired by Sir John Mason recommended the founding of a Graduate School of the Environment to coordinate teaching and research in this field college-wide.10 At the time, the environment was high on the agendas of both government and industry and Imperial was seeking to tap into available research monies, and to position itself as a national and international centre of expertise across all aspects of environmental work: scientific, technical, medical, management, economic and legal.11 A later experiment was the creation of the T. H. Huxley School for the Environment, Earth Sciences and Engineering by Ronald Oxburgh in 1997. This was to subsume the work of the Graduate School of the Environment and was an attempt by Oxburgh to further rationalize the many course offerings and research units in the environmental area. He had a new taxonomic vision with respect to the grouping of the associated disciplines, one which was, perhaps, a little before its time. He envisaged a school that would provide for ‘coherent study and research into the evolution of the Earth, the exploitation of its natural resources, and for understanding the consequences of anthropogenic environmental interventions in natural systems’. 12 Oxburgh brought together the Department of Earth Resources Engineering, the Department of Geology and the new Department of Environmental Technology in the School, and appointed John Beddington as Director.13

When Wye College merged with Imperial many of its staff were also placed within the Huxley School. The already existing fissures and financial anxieties became yet more pronounced. Beddington attempted to turn things around, to increase efficiency, and to replace non-research-active staff.14 But, when Sykes introduced the faculty system he decided to end the experiment and closed down the Huxley School. He arranged for the Department of Environmental Science and Technology, and those working at Wye, to form separate units within the new Faculty of Life Sciences; and he merged the Departments of Geology and Earth Resources Engineering in a new Department of Earth Science and Engineering within the Faculty of Engineering.

The new Centre, under the direction of Jeff Waage, is relatively small.16 ...  in many respects the Centre has come full circle and is not unlike its leaner, younger (ICCET) self of the 1970s.”

Important information that you need to be aware of both prior to becoming a student, and during your studies at Imperial College: 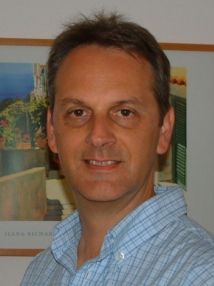