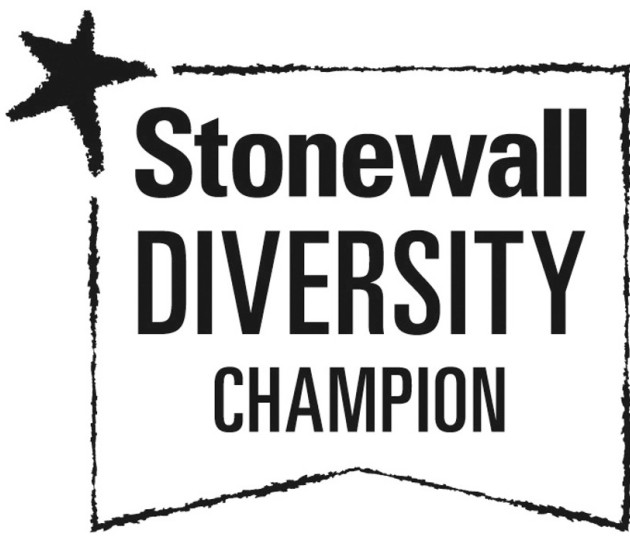 Stonewall is a charity that campaigns for lesbian, gay, bisexual and transgender (LGBT) rights. They work to support individuals, change organisations and institutions, provide information and resources, and lobby for legal changes.

As part of our equality, diversity and inclusion commitment, Imperial is part of Stonewall's Diversity Champions Programme. Through this programme Stonewall works with organisations and employers to ensure LGBT staff are accepted without exception in the workplace.

To help Imperial develop as an organisation that is fully inclusive of LGBTQ+ people, we participate in the Stonewall Workplace Equality Index. This scheme provides an external benchmark against which we can assess how we are doing.

The Stonewall Index requires organisations to undergo a review process and produce a report. This aims to make organisations think about their processes and culture to ensure that they are responsive to the experiences and perspectives of LGBTQ+ staff and students. The report asks about:

What is Imperial doing?

Since 2017, the College has sought to bring a new focus to our engagement with the Stonewall Workplace Equality Index. In the 2022 Index, Imperial became a Top 100 employer, ranking 96th out of 403 participating organisations. The College was also recognised with a Gold Award for its commitment and efforts to become an LGBTQ+ inclusive employer. This marks a significant improvement to the College’s position in 2019, when Imperial placed 266 out of 447 organisations. Read more about Imperial's rise in the rankings.

Although we hope that the experience of LGBTQ+ people continues to improve year on year at Imperial, we know we can still do better. Part of our submission to Stonewall Index is an action plan, which helps us to structure and prioritise the things that we need to do. Throughout the year, progress on this action plan is monitored by a Stonewall Action Committee, which includes representatives of our LGBTQ+ staff network, Imperial 600.

Our action plan is an ongoing process that we hope will result in real changes. Ultimately, schemes like the Stonewall Workplace Equality Index are worthwhile as long as they achieve this. We would therefore welcome input from staff and students who have encountered problems that we need to solve, or who have ideas that will help make Imperial fully inclusive.

What is Imperial's relationship with Stonewall?

The Stonewall WEI differs from other EDI benchmarking schemes (e.g., Athena Swan, Race Equality Charter, Disability Confident) in that it is run by a charity that not only seeks to support the LGBTQ+ community, but also advocates and lobbies on their behalf. Stonewall is therefore an active participant in social and political debates arising out of the frictions that can sometimes arise at the interfaces between different protected characteristics (e.g., sex and gender identity, sexual orientation and religious belief). Imperial acknowledges its right to do so in a free society.

At the same time, while we value the way that Stonewall’s WEI has helped to inform and structure the work we do to support our LGBTQ+ staff and students, our membership of their Diversity Champions Programme does not mean that we necessarily subscribe to the positions that Stonewall might adopt in public debate. Universities are places where critical discourse must be able to thrive, especially on difficult subjects. Such discourses demand care and consideration.

Imperial regularly monitors its partnerships with external organisations to ensure that they can best serve our objectives. In doing so we seek to enact our commitment to academic freedom and our duty to protect freedom of speech, in accordance with the Education Act 1986 and Human Rights Act 1998, alongside our determination to create a diverse and inclusive culture at the College.