"Italy is a dream that keeps returning for the rest of your life." - Anna Akhmatova, poet

This exciting new course will offer insight into Italy’s many contributions to art and civilization. Within the framework of land-mark periods in Italian history, it will look at creativity and enterprise from the Romans to the present day.

While the glories of some Italian art are better-known, there is much to discover about Italy’s flair for design and technology, as well as modern art movements, cinema, art and architecture.

From the first racing cars to stream-lined domestic appliances, from high fashion to a major contribution to world cuisine, this course will open-up new perspectives and inspire students to explore Italy for themselves.

This session provides an introduction to the geography and local context in which the Romans took control of ‘Italy’ in less than 70 years, including the contributions of some of the great thinkers and archaeological evidence.

The political and social changes to life in Europe under Rome and the debates which still influence us today. Innovations in architecture and artistic expression in mosaics and portraits.

Session 3: Trade and enterprise in the Middle Ages

The growth of the Italian merchant republics and independent communes. The flourishing of Venice.

How Florence became a centre for a flowering of the Arts, boosted by great wealth and influence. Artists such as Giotto and the architecture of Brunelleschi.

Session 5: The struggle for independence and its manifestation in art and literature: Manzoni, Verdi and others.

Session 7: Italy in the 20th century: science and art.

Session 9: Post-war Italy: invention, and reconstruction. The uneven development of North and South. 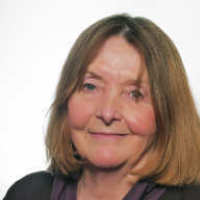 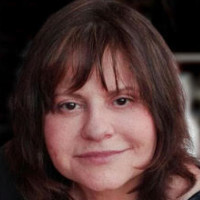 Angela Letizia Downes has a background in classical studies from the university of Naples. She has long term experience of Italian studies which she has taught for many years. Her current research interest is the development of artistic and architectural innovations in Italy since Roman times.