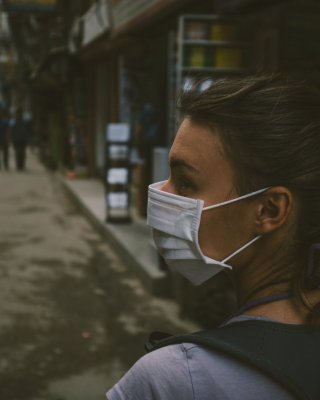 An official side event  at the UN Climate Change Conference, COP25, co-organised by the Grantham Institute and the Climate and Clean Air Coalition.

This event will discuss how countries from around the world can integrate actions to mitigate climate change with solutions to public health challenges, like air pollution, in ways that will simultaneously boost NDC ambition and achieve public health goals.

Johan is a Research Leader at Stockholm Environment Institute (SEI), a member of the Global Research Committee of SEI, and a Reader at the University of York, UK. He is a member of the Scientific Advisory Panel of the Climate and Clean Air Coalition (CCAC). Key areas of interest relate to atmospheric issues, and his current focus is in the integration of strategies to address climate change and air quality, in particular those associated with strategies to reduce Short-Lived Climate Pollutants (SLCPs). He is leading the development of an SLCP strategy support tool – LEAP-IBC used by different countries and cities to plan their emission reduction strategies as part of the CCAC initiative on Supporting National Action and Planning (SNAP) on SLCPs.

George is a tenured Professor of Environmental Medicine and Population Health at the New York University School of Medicine. Professor Thurston’s research has focused on the human health effects of air pollution on children, including the Backpack Study of the effects of diesel air pollution on children with asthma in the South Bronx, NY and effects of industrialized air pollution in Cubatao, Brazil, in addition to larger studies of pollution effects in the ACS and NIH-AARP Cohorts. He recently led the development of the 2017 ERS-ATS Statement on What Constitutes an Adverse Health Effect of Air Pollution. Professor Th urston first spoke on the topic of the potential human health co-benefits of clean air from climate mitigation action at the COP5 meeting in 1999.

General Director of the National Institute of Ecology and Climate Change of Mexico since 2013, Amparo has a master’s degree in Biology for the National Autonomous University of Mexico (UNAM), and a Doctorate Degree in Ecology for the Barcelona University, receiving a Cum Laude mention. From August 2009 to 2013, she was Director of the Centre for Atmosphere Sciences of the National Autonomous University of Mexico (UNAM), where she has been Researcher and Coordinator of the Group of Atmospheric Aerosol Sprays since 1991. She leads the Commission for the Evaluation of Public Policies and the generation of programs for education and popularization of science linked with climate change and sustainable development.

She represents Mexico in the negotiations with international organisms related with Climate Change such as the Intergovernmental Panel on Climate Change (IPCC), the Coalition of Climate and Clean Air to Reduce Short Live Contaminants of Climate (CCAC), the Interamerican Institute for Global Climate Change Research (IAI), and the United Nations Convention on Climate Change (UNCCC), among others. She participated in the design and instrumentation of the National Determined Contributions (NDC) of Mexico to the Paris Agreement. She is expert on the analysis of environmental problems, as well as in the relations between science and society. This expertise has enabled her to contribute to several different areas of applied science and public administration.

Ange-Benjamin Brida, is the CCAC National Coordinator at the Ministry of Environment and Sustainable Development of Côte d’Ivoire. He led the development of the national action plan for reducing Short-Lived Climate Pollutants in Côte d’Ivoire. Mr Brida has up to 10 years working experience in the area of climate science and policy and climate negotiations with various institutions such as the United Nations Economic Commission for Africa (UNECA) the Climate Action Network Interational (CAN-Interational)

Professor Paolo Vineis is Chair of Environmental Epidemiology at Imperial College London and a leading researcher in the fields of molecular epidemiology and NCDs. He is engaged in policy-making as Vice-President of the High Council of Health (Consiglio Superiore di Sanita’, advisor to the Health Minister) in Italy, and as a member of Cancer Prevention Europe (affiliated with Cancer Mission Europe).

Katie Ross is an Associate with the Climate Program at World Resources Institute. Her work focuses on strengthening commitments under the Paris Agreement – and specifically on NDCs and long-term strategies. Katie co-leads WRI’s engagement with the CCAC.