An Oscillating Water Column (OWC) wave energy converter (WEC) is a highly-tuned resonant system since it makes use the principle of resonance. The geometry WEC is designed such that the water column oscillates highly when being excited by a predominant wave frequency in real sea state. In the resonant state, the motion of an oscillating body is dominantly influenced by the viscosity which causes friction forces on a surface and flow separation in the form of vortex shedding. These important exerting physical forces significantly influence the water motion in a duct of moonpool.  An experimental study by Knott and Mackley (1979) showed that vortex generation occurred inside and outside the water column  as large as the radius of a moonpool. At a resonant frequency, the vortex damping would be expected to dominantly determine the water column motion inside a reversing flow of a pipe. A model which takes into account the viscous effects to predict accurately the internal water elevation and associated hydrodynamic loading on the enclosing body would be an absolutely necessary tool to evaluate the energy capture width of the WEC.

The overall objective of this study is to understand the flow mechanism inside and outside the water column, the interaction between waves with the OWC system and the wave energy absorption inside this WEC. Qualitative evaluation of the significance of vortex shedding and friction on damping the motion of OWC system and the associated energy losses when the OWC system is under wave interaction or in translation or rotational motions  is a crucial part to understand the performance of an OWC system. Hence, hydrodynamic analysis of a floating system of OWC under various test conditions  in a viscous fluid will be conducted in this Phd study.

Emma is a graduate with an M.Eng in Civil and Earth Resources Engineering from Kyoto University, Japan. 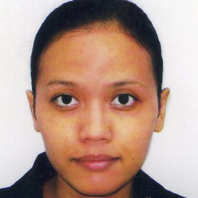