I'm studying idealised volcanic ash clouds, primarily through the use of Direct Numerical Simulation (DNS). This means that when implementing the numerical schemes, we make the resolution large enough to capture the turbulent behaviour that we expect. As a result, we don't have to model any turbulence at scales smaller than the numerical grid. The volcano is modelled as a source of buoyancy. This is essentially the same as modelling a source of heat, so the same model could represent the plume from a large fire. The main investigation that I’m carrying out is to vary the speed of a (uniform) cross flow and study the effects of this on the plume. In particular I’m interested in a process called turbulent entrainment, which is when fluid outside the plume is sucked into the plume. The rate at which this happens is critical in determining, amongst other things, how high the plume rises. A high entrainment rate will dilute the plume quickly, so the density difference between the plume and the ambient fluid will be reduced. This means that the buoyant force which is pushing the plume upwards will lessen and the plume will rise to a low height overall. At the end of the project, I hope to discover how the entrainment rate depends on the speed of the cross flow. 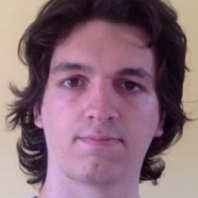