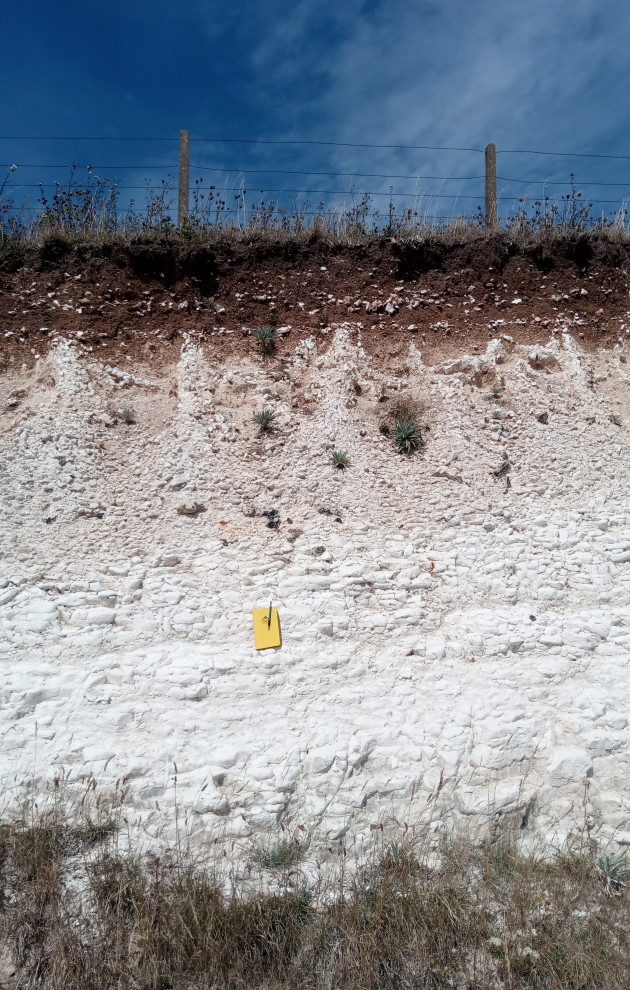 The UK Chalk aquifer is characterised as a principal aquifer by the Environment Agency, providing a significant amount of potable water in the UK. Spatially, it is considered significant and covers approximately 21,500 km2. Research indicates that with climate change, there will be increased pressure on this system in terms of water demand, which has significant implications for resource management. Contamination of such a resource would also further exacerbate pressure on this system, in terms of resource management.

The chalk is characterised as having a veneer of de-structured, low permeability weathered chalk, that is varied in terms of thickness, spatial distribution as well as degree of weathering. The material properties of the chalk may reduce water flow into the underlying aquifer, effectively reducing pathways for which water and contaminants can move through.

The aim of the project is to further understand and characterise the development of weathered chalk (and subsequent various stages of weathering) in the chalk unsaturated zone (CUZ). By evaluating the porosity and permeability with respect to changes in flow regime by chalk weathering and establish the geomechanical changes of the chalk in response to weathering, it is aimed that further critical understanding of how weathering affects chalk.

The processes that cause chalk weathering, the extent, spatial distribution as well as material properties are not well understood. This has implications on both the hydrogeology and geomechanical behaviour of the chalk. This is due to numerous, concurrent and competing weathering processes active on the chalk at any one time.

Ultimately, the project aim is to understand the development of weathered chalk, establish its material properties, porosity and permeability (with respect to weathering), as well as correlate macroscale observations from field sites with a microtexture index. 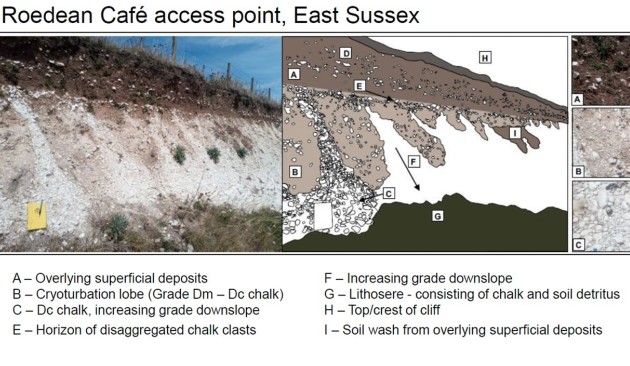 Future research will focus on field investigation and sample collection, with subsequent index property testing, mechanical property testing (such as UCS and triaxial testing) as well as permeability testing, in order to characterise varying degrees of weathering in chalk Microtextures will be analysed using scanning electron microscopy (SEM) with energy dispersive X-ray spectroscopy (EDS), in conjunction with image processing software.