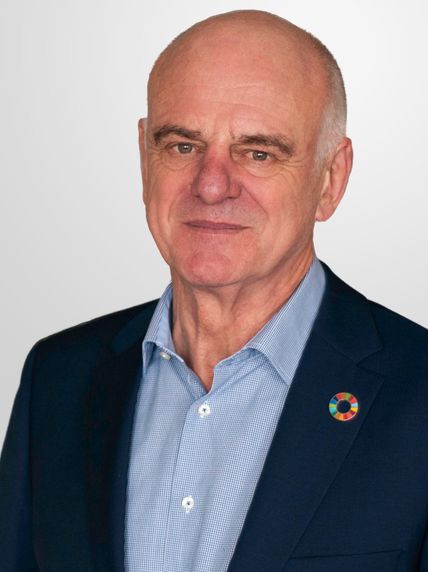 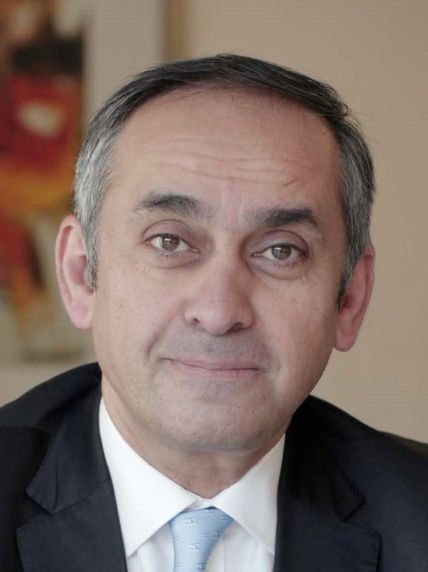 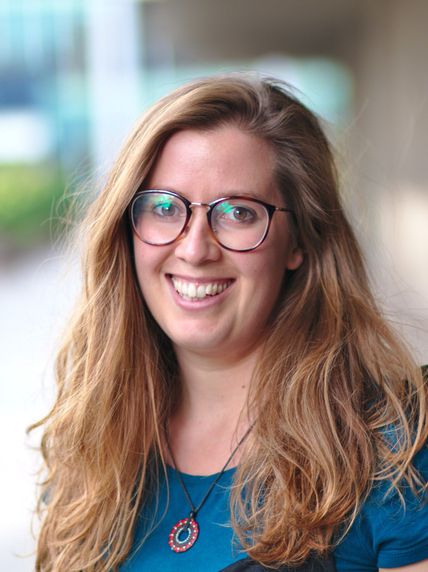 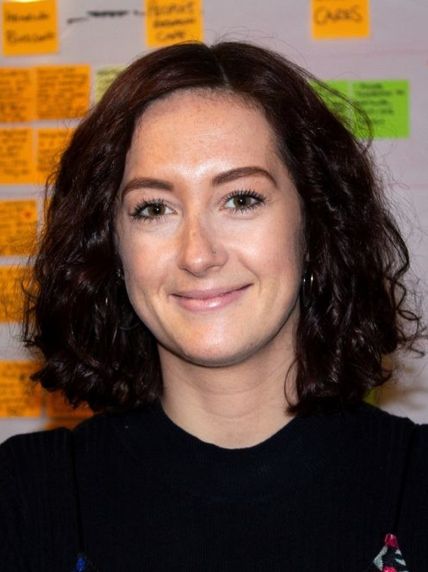 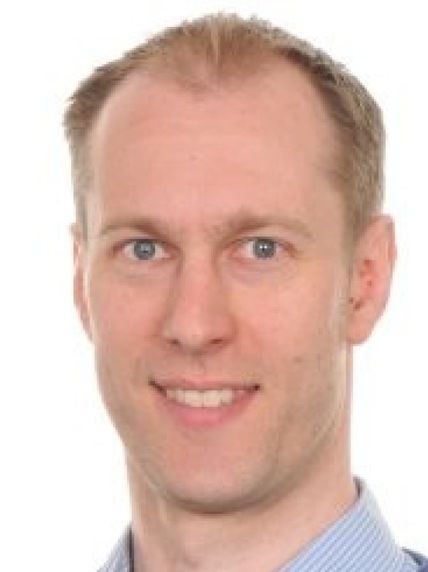 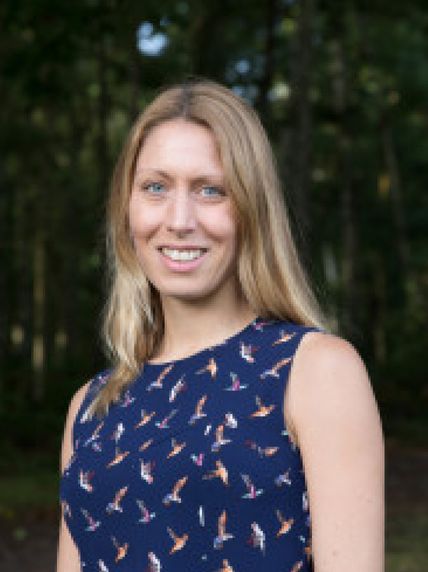 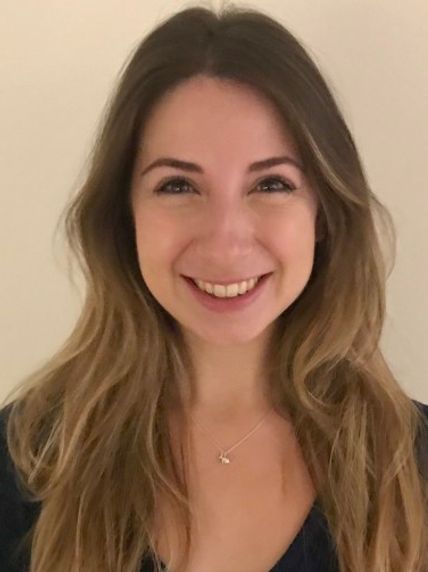 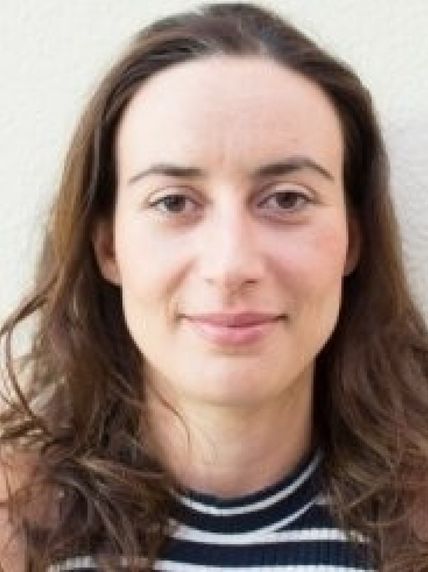 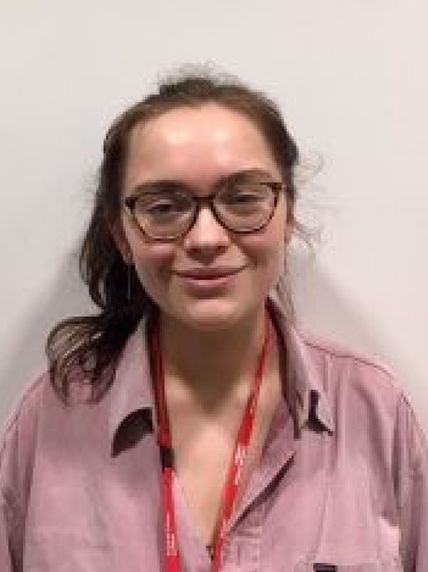 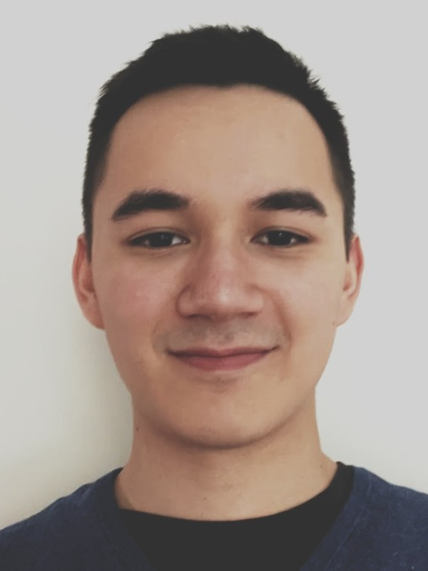 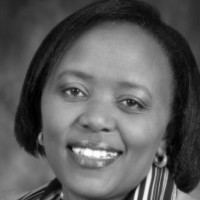 Julia Kagunda, PhD is a Counseling Psychologist and Communication Expert involved in the promotion of mental health in Africa through various platforms. Julia provides professional support in stress management, trauma management, anxiety disorders, depression, marriage and family therapy, among others. She has served the UN office in Nairobi, Amani ya Juu, ILRI, Save the Children, and Full Circle among others.

Britt Wray, Author, Broadcaster and Researcher (with a focus on climate change and emotional wellbeing) 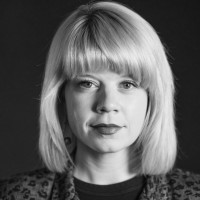 Britt Wray, PhD is a science writer and broadcaster researching the intersection between the climate crisis and mental health. She is the author of Rise of the Necrofauna: The Science, Ethics and Risks of De-Extinction (Greystone Books 2017) and is currently working on her second book Generation Dread (Knopf-Random House, 2021). She also runs a newsletter called Gen Dread (gendread.substack.com), which dispatches weekly analysis about emotional responses to the climate and wider ecological crisis such as eco-anxiety, eco-grief, and how to build resilience.

She has been a contributing host on the Canadian Broadcasting Corporation’s national science TV show The Nature of Things, co-host of the BBC podcast Tomorrow’s World, and contributing host to Canada’s national science radio show CBC Quirks and Quarks. Britt holds a PhD in Science Communication from the University of Copenhagen. She is a 2019 TED Resident, a 2019 Logan Nonfiction Fellow, a 2020 Mesa Refuge Writer in Residence and has been a Visiting Scholar at NYU’s Arthur L Carter Institute for Journalism. She is also a TED speaker. Her TED Talk is called “How climate change affects your mental health. 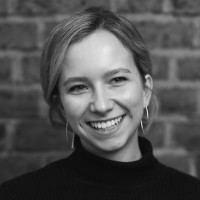 Clover Hogan is a climate activist, researcher on eco-anxiety, and the founder of Force of Nature – a youth-led organisation empowering Gen Z to step up, rather than shut down, in the face of the climate crisis. She has worked alongside the world’s leading authorities on sustainability, consulted within the boardrooms of Fortune 500 companies, and mobilised mindsets within classrooms across the UK.

Clover launched the Force of Nature podcast – a 9-part series with ordinary people doing extraordinary things to save the planet. Clover also serves as a trustee to Global Action Plan, and is on the advisory boards of the National Community Lottery’s Climate Action Fund; the Teach the Future campaign; and the COP26 President-Designate Civil Society and Youth Advisory Council. 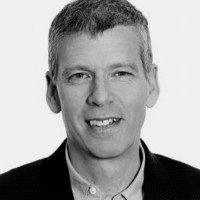 Gary is Founder and President, Billion Minds Institute, and Visiting Scientist, Harvard TH Chan School of Public Health. A psychiatrist who approaches mental health as a building block of social policy and progress, he recently founded Billion Minds as a non-profit policy and “think-action tank.” The intention of Billion Minds is to link mental health to problems of great scale, specifically to the climate crisis, and to safeguarding sustainable societies through a humane social climate.

Gary is the former Executive Deputy Commissioner in the New York City Department of Health and Mental Hygiene where he led the Division of Mental Hygiene and its development and implementation of the innovative NYC-wide public mental health initiative, ThriveNYC. Before joining city government, he was Medical Director for Behavioral Health across the Health and Hospitals Corporation of the City of New York. As Director of the NYU Program in Global Mental Health, Gary partnered with other groups globally to test and scale community-led models of mental health promotion and access in less-resourced countries that are now widely used.

A graduate of Warren Alpert Medical School of Brown University, where he also earned his undergraduate degree, Gary earned his MPH at Harvard School of Public Health and a doctorate in the Department of the History of Science at Harvard University.

He is an advisor to start-ups and venture groups including Zinc VC and other organisations such as End Well and The Collective Psychology Project, and is a visiting lecturer at Imperial College London. In 2018, he was named a New Radical by innovation foundation Nesta and the Observer newspaper for “pioneering a human-centric approach to the experience of dying, bereavement and grief”. 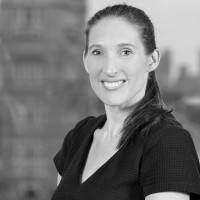 Jules is the CEO of Kokoro, a not-for-profit that champions mental health as the foundation for a safer, kinder and more productive world. Kokoro runs the Future Mental Health Collective, a global peer-to-peer network for mental health philanthropists. Formerly Jules was CEO of London & Partners Events; Managing Director at London & Partners, London’s international trade and investment agency; and Partner at communications consultancy, Hawthorn Advisors. Jules is a former Honorary Group Captain advising the Royal Air Force, and also advises the Unsung Foundation, the Women of the Future Programme, the NFL UK Foundation and Apolitical. In 2016, she was appointed as a Young Global Leader by the World Economic Forum. Jules started her career as a UK diplomat, serving in Jordan, Iraq, the USA, Ethiopia and Guatemala where she was appointed the UK’s youngest Ambassador, aged 31, to Guatemala, Honduras and El Salvador. Jules studied Politics, Philosophy and Economics at the University of Oxford. Outside of work, she used to play lacrosse for England and still enjoys playing. 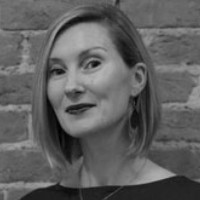 Dr Katie Hayes is a policy analyst at Health Canada’s Climate Change and Innovation Bureau where she leads the HealthADAPT program. She is also the lead author for the mental health and climate change chapter for the upcoming National Climate Change and Health Assessment Report being led by Health Canada. She completed her PhD at the Dalla Lana School of Public Health at the University of Toronto (UofT).

Her doctoral research explored the mental health consequences of climate change, with a specific focus on addressing the inequitable risks and impacts on marginalized groups. Katie has published a number of recent articles exploring the public health consequences of climate change. She holds an M.A from Royal Roads University in International Communications and a B.A in Sociology and Intercultural Education. 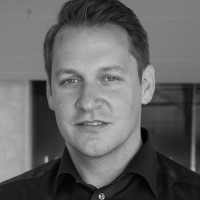 Dr Oliver Harrison is CEO of Koa Health, a digital mental health company spun-out of Telefonica Alpha – a corporate incubator. He has a life-long passion for healthcare and technology. With a first degree in neuroscience at Cambridge, he qualified as a medical doctor and practiced in psychiatry and public health for six years, with a research fellowship in cognitive neuroscience (Queen Square).

Oliver combined his interests in health and tech with five years at McKinsey. In 2006, he was recruited to help build a modern healthcare system in Abu Dhabi, UAE. There, he spent seven years as Director of Public Health, building systems to collect health data to improve outcomes in diabetes, cardiovascular disease, cancer, and mental health. Since moving back to Europe in 2013, Oliver has worked as an advisor to the WHO, World Bank, and NHS England. He created two UK-based start-ups in healthcare data systems.

Patrick is a leading expert in the field of climate change-related mental health. He holds a DClinPsy doctorate in Clinical Psychology from the University of Oxford and is the co-director of Climate Psychologists, an independent organisation providing therapeutic support and wider consultation regarding the mental health implications of climate change.

Patrick has collaborated with local and national governments, businesses, and educators on community-based initiatives for climate anxiety, and fostering people-centered and sustainable change towards net-zero. He has worked with international broadcasters such as the BBC, DW, and the USA Today Show. His work has been featured in media outlets such as The Guardian, Reuters, BBC, Time Magazine, Vogue Business, and The Sunday Times (UK).

He strongly believes in an international parity of voices in the climate emergency, and in passing the mic' to those in more affected areas around the world, from whom we have much to learn. His organisation has proudly worked with initiatives such as the Climate Reality Project, Climate Generation Europe, and others around the world. Alongside contributing to research articles and book chapters related to the psychology of climate change He is also co-author of the recent book 'Turn the Tide on Climate Anxiety', published by Hachette/Jessica Kingsley and an upcoming book for young people, 'Unstoppable Us', due out next year. 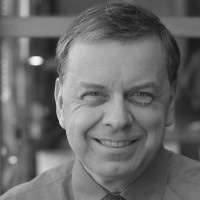 Philip Campbell is Editor-in-Chief of Springer Nature, and was Editor-in-Chief of Nature 1995-2018. He moved into a career in scientific publishing after postdoctoral research in atmospheric physics. He has long been a champion of mental health. He was a founding trustee of the charity MQ Mental Health Research, and Chair of MQ from 2015 to 2019. He was knighted for services to science in 2015. 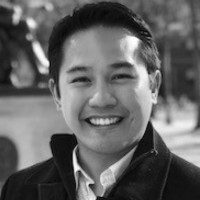 One of the staunchest, most exciting, and most innovative voices for the new discipline of planetary health, Ramon Lorenzo Luis (Renzo) Rosa Guinto, MD DrPH is Chief Planetary Doctor of PH Lab – a “glocal think-and-do tank” for advancing the health of both people and the planet. He is an Obama Foundation Asia-Pacific Leader, Aspen Institute New Voices Fellow, and Climate Reality Leader. Renzo received his Doctor of Public Health degree from Harvard University.

Now back in the Philippines, Renzo will be joining the faculty of the St. Luke’s College of Medicine in the Philippines to lead the design and launch of the school’s future initiatives in global health education, research, and innovation. Renzo has travelled to and lectured in nearly 50 countries; published more than 100 articles in scientific journals, books, and popular media; and directed and produced short films that communicate the message of planetary healing to the world. 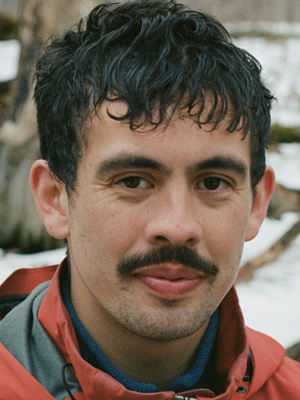 As an environmental epidemiologist with a background in physics, Dr Robbie M. Parks has diverse experience in large-scale multi-disciplinary quantitative research. He is currently an NIH NIEHS K99/R00 Fellow at Columbia University. Robbie completed his PhD at the School of Public Health at Imperial College London with Profs. Majid Ezzati and Ralf Toumi in 2019. He graduated with a BA/MA (Oxon) in Physics from the University of Oxford.

Robbie has published detailed evidence on the health impacts of hurricanes and other tropical cyclones, as well as climate-related associations with deaths of despair, injuries, mental health-related outcomes, and life expectancy. In February 2022, Dr Parks was awarded a K99/R00 titled "Novel Assessments of the Health Impacts of Tropical Cyclones," to continue his research in this area. During his PhD, Dr Parks created and co-chaired the first citizens' climate assembly in Westminster, London, which successfully petitioned the local council to declare a climate emergency. 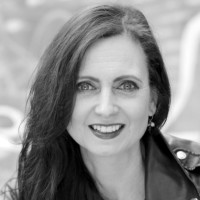 Sarah Niblock PhD is a chief executive, academic, journalist, broadcaster and author. She became chief executive of UK Council for Psychotherapy in 2017, providing operational and strategic leadership to the leading body for education, research, innovation and public engagement in psychotherapy, alongside its regulatory and membership function. She continues to teach, research and do public engagement with Imperial College, London and other HEIs. With a 30-year academic career in visual culture, psychoanalytic theory and media, Sarah was previously Professor and Associate Dean (UG) at University of Westminster’s School of Media, Arts and Design in London.

Prior to that, she was Head of Department of Social Sciences, Media and Communications at Brunel University, London where she founded and led industry-accredited undergraduate and post-graduate journalism education. Sarah is the author of numerous peer-reviewed journal articles, academic books and chapters. She has given evidence-based on her research to governmental Select Committees as well as participated in influential policy impact networks. Passionate about public engagement, Sarah is a frequent public speaker on visual culture, the arts and media. She has appeared at the ICA, South Bank Centre, Latitude Festival and is a regular contributor to broadcast, print and online journalism in the UK and internationally.