The East Antarctic ice sheet contains 90% of all freshwater on the planet.  If the whole ice sheet melted, sea levels around the world would rise by about 60 metres. Knowledge of the ice-sheet bed (the shape and features of the rock surface beneath the ice sheet) is critical to models of ice flow that allow us to predict future sea level change.

The ice sheet also influences how heat is distributed around the planet, affecting global temperatures. Melting ice dumps freshwater into the sea, playing an important role in ocean circulation patterns. 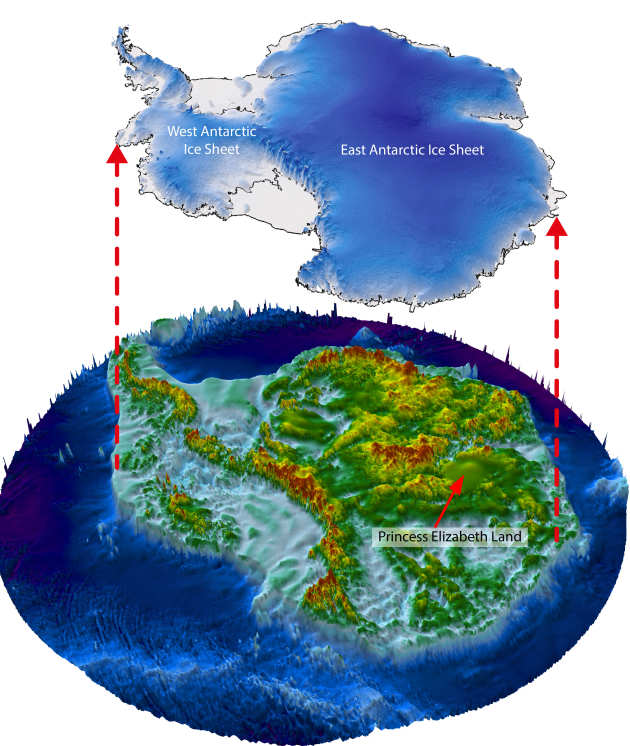 Antarctica is the last truly unexplored land mass on our planet - it is a place where discovery and curiosity feed our scientific search for knowledge.

Beneath the ice sheet lies a world apart from ours, involving interconnected lakes, rivers, mountains, sediments. ICECAP research has already identified what may be the world’s largest canyon and a massive lake hidden under the ice.  Exploration of these systems is planned over the next twenty years.

Transition to Zero Pollution is a flagship initiative of the Imperial's Academic Strategy, with a vision to realise a sustainable zero pollution future. The initiative brings researchers from different disciplines together to take a systems approach to tackling pollution in all its forms.
View our academic publications
Print Email