Cracking the code to good health 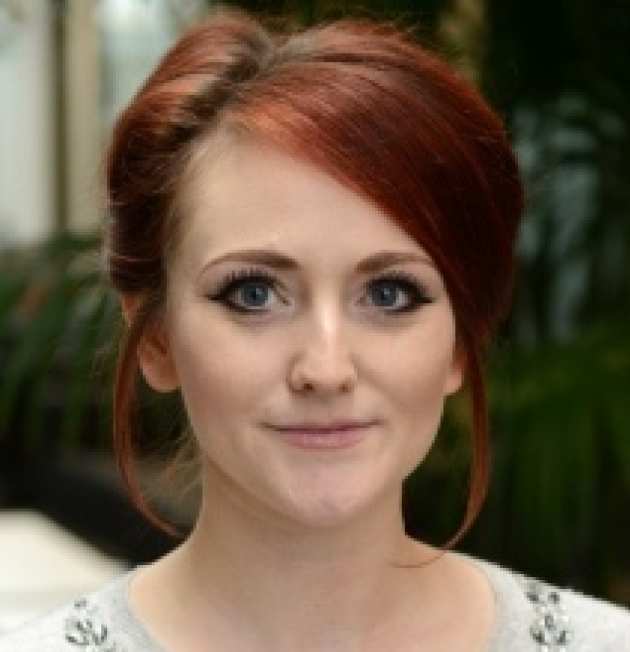 Dr Claire Fletcher is a Post-Doctoral Career Development Fellow and Prostate Cancer Foundation Young Investigator in our Department of Surgery and Cancer.

Her research focuses on gene expression in human disease.

"Don’t let negative comments or attitudes deter you from pursuing a career in STEM. For example, I was once told that I had a ‘limited aptitude for science’! Develop a thick skin and use rejections as an opportunity to learn and improve."

Why did you want to become a scientist?

From my early teens, I was fascinated by how the human body works, especially how diseases establish themselves and progress. This led to me studying a BSc in Cell Biology at Durham University before moving to London to complete an MRes in Biomedical Research at Imperial.

During my MRes, I had the chance to undertake two five-month research projects: one focusing on the the role of the Estrogen Receptor in breast cancer and another on the roles of rhinovirus infection and mannose binding lectin (MBL) in worsening chronic obstructive pulmonary disease.

It was through this research that I developed a keen interest in the diverse and astonishing mechanisms by which cancer cells evade our best efforts to kill them.

It was this facination – and the desire to contribute to finding a cure – that drove me to pursue a career in cancer research.

You've now been working in cancer research for over 10 years. Where it did it all begin?

I was very fortunate while completing my MRes at Imperial that I met my mentor to this day, Professor Charlotte Bevan, who offered me a PhD studentship in the molecular biology of prostate cancer.

I completed my PhD in her research lab in 2012 and from there moved into a funded role as Post-Doctoral Research Associate. In this role, I worked on two research projects, one of which allowed me to continue my research into prostate cancer.

In 2016, I was awarded a Young Investigator Award by the Prostate Cancer Foundation of the USA, which was a huge honour as it is rarely awarded outside the US. This grant has allowed me to vastly accelerate our research into the mechanisms through which prostate cancers continually evolve to develop resistance to even the most effective drugs – an area which remains poorly understood.

Prostate cancer (PC) currently affects one in eight men in their lifetime. Can you tell us more about your research into this type of cancer.

We still know remarkably little about the 98% of the human genome that does not code for proteins – the so-called 'dark matter' of the DNA, which includes pieces of genetic material called non-coding RNAs.

Non-coding RNAs can affect almost all processes in all cell types of the human body, but my research investigates their roles in development and progression of prostate cancer.

I aim to understand how manipulating and assessing levels of non-coding RNAs can help us to design new drugs, better target treatments to those who will benefit, and improve response to current therapies.

We are also trying to understand why obese patients suffer from more aggressive prostate cancer than their lean counterparts, and how cancer progression may be driven by communication between prostate cells and the surrounding fat tissue.

The research community at Imperial is incredibly supportive of young researchers, regardless of gender, ethnicity, religion, background or sexuality.

I’ve also been very fortunate in my career to have the support of fantastic mentors, both male and female.

One of the most rewarding aspects of my job now is the opportunity to repay that forward, by acting teaching and mentoring the incredible young (female and male) scientists in our research team.

Watching them progress and make discoveries of their own is incredibly rewarding!

I'm also very proud of the chances Imperial offers to change people's perceptions about women in science, which I try to do wherever I can!

Do you have any advice for women who may be interested in going into a career in STEM?

Don’t let negative comments or attitudes deter you from pursuing a career in STEM. For example, I was once told that I had a ‘limited aptitude for science’!

Develop a thick skin and use rejections as an opportunity to learn and improve.

Put yourself forward and apply for as many opportunities as you can – you have nothing to lose.

Unfortunately, women are more likely than men to underestimate their skills and qualifications, so be your own best advocate.