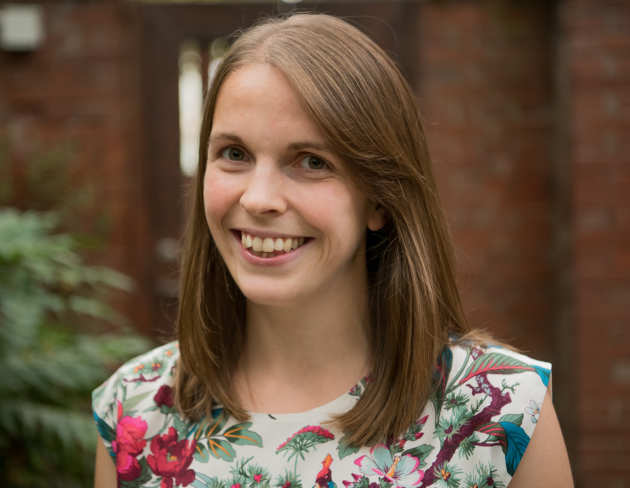 Dr Nicky Whiffin is a Research Fellow within the Cardiovascular Genetics and Genomics team in our National Heart and Lung Institute (NHLI).

Her research uses bioinformatics and large genomic datasets to study the contribution of rare variants to human disease.

"Confidence is often a massive barrier to women, not just in STEM. Surround yourself with people who will help you to build that confidence (and help them to build theirs too!), and remember, you won't be the only one struggling with self-doubt."

What started your interest in genetics?

I have always loved science, especially the more logical chemistry and maths.

Unable to decide which to pursue, I applied to study Natural Sciences at Cambridge. In my first year we had a few lectures on genetics, and from then I was hooked.

Having enjoyed my undergraduate research project, I decided that I wanted a career in science and so started a PhD. It was during the first few months of my PhD that I was encouraged to learn how to write computer code to help analyse large genetic datasets. I became a bioinformatician and haven’t looked back since!

What are you currently working on at Imperial?

My research is within a fairly new area known as genomics, which focuses on genes and how they work.

In particular, I am studying the genetic causes of disease, with a focus on inherited heart disease.

Everyone carries millions of small changes in their DNA that make them different from the person standing next to them. Identifying which of these variants might be responsible for causing disease is a huge challenge.

I use large genomic datasets of both people with disease and healthy individuals sampled from the general population, to try to prioritise likely disease-causing variants.

I am particularly interested in investigating variants that have previously been under-appreciated, as the effect they have on the proteins within our cells is hard to define.

Identifying the genetic cause of disease can be very important, allowing us to screen family members to determine if they are also at risk and sometimes allowing us to tailor clinical treatments.

Genomics is already proving to be a gamechanger when it comes to being able to provide more personalised and effective medical treatment. What particularly excites you about this field?

There have been huge leaps forward in our ability to generate, store and analyse increasingly large genomics datasets.

We have now sequenced enough individuals that as well as looking for the presence of certain types of variants in people with disease, we can also study their absence from the general population.

Both genetics and bioinformatics are male dominated fields.

Although being a woman in this environment can sometimes be a challenge, I benefit from a fantastic network of supportive mentors both within Imperial and from around the world.

It is these people who encourage me to continuously push myself and have the confidence to succeed.

What advice would you give to women who are considering a career in STEM?

First, learn how to believe in yourself! Confidence is often a massive barrier to women, not just in STEM.

Surround yourself with people who will help you to build that confidence (and help them to build theirs too!), and remember, you won't be the only one struggling with self-doubt.

Second, follow what you enjoy. Don’t let any perceived views of what women can and can’t do stop you from following your dreams – computer coding is most definitely for girls!