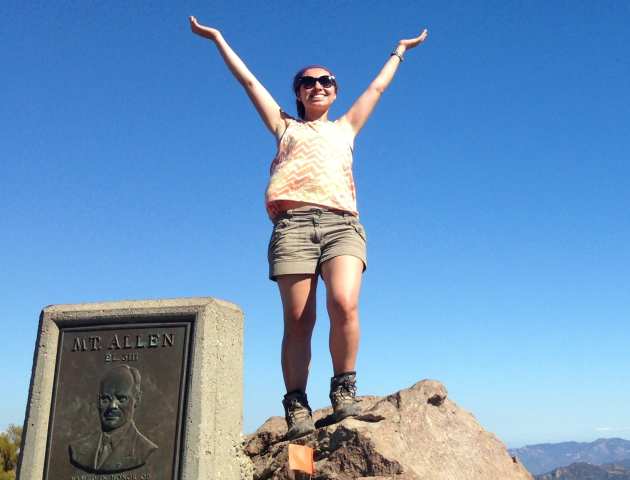 Ruth spent her year abroad in the US

"I chose to go to University of California, Los Angeles (UCLA). The first month was pretty tricky. I wasn’t prepared for how completely different it would be to living in the UK."

I knew wanted to study science at university because maths and science were my best subjects at school. During my A-Levels, I became really drawn to earth science.

I started to see how intertwined maths and physics are, and how these two subjects can be applied to physical geography. I also really enjoy the outdoors, so I wanted to do a course that involved fieldwork.

I love travelling and liked the idea of living abroad for a bit, so when I applied to Imperial I opted for the year abroad scheme."

I visited a lot of universities, and when I visited Imperial I had a gut feeling that it was the right place for me. I’m very happy with my decision!

I love travelling and liked the idea of living abroad for a bit, so when I applied to Imperial I opted for the year abroad scheme. To do a year abroad you have to achieve top grades in first and second year. I didn’t think that would happen, so I thought studying abroad was more of a pipeline dream. I did a lot better in my first year than I expected, which ultimately meant that I could go abroad in my third year.

I chose to go to the University of California, Los Angeles (UCLA). The first month was pretty tricky. I wasn’t prepared for how completely different it would be to living in the UK.

I arrived in a different country with only a suitcase, and had to figure everything out from square one. I had to be very independent in order to find somewhere to live, figure out what modules to take and discover how to enrol in them. It taught me that I am capable of doing more than I thought. I’m now much more confident that I can go anywhere and do anything that I want to.

Once I settled I had a really good time. The weather was a lot nicer than in the UK! I joined a sorority, made some great friends and did my first triathlon. I also used my holiday time to go travelling around the US.

My most memorable moment was going on fieldwork in Death Valley. There had been no rain for about five years, but it rained just before I went so all the desert flowers were in bloom. We camped under the stars each night, the geology was stunning, and my classmates were really friendly. It felt like more of a holiday than fieldwork! I feel incredibly lucky to have had that experience.