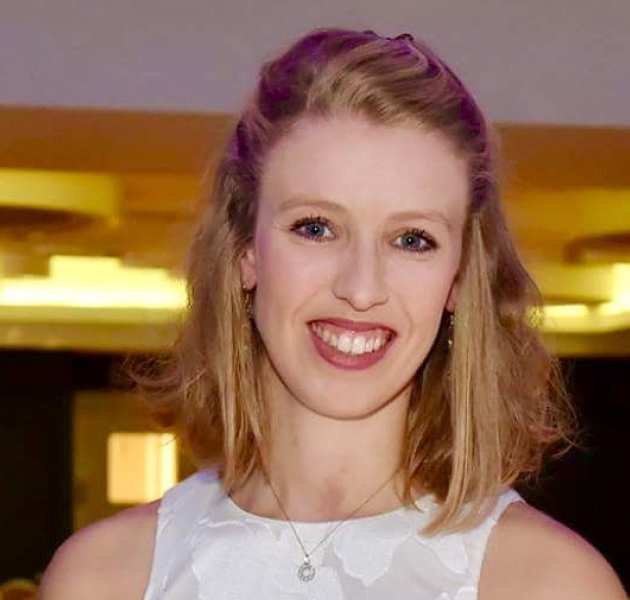 Hannah Goodlad (MSci Petroleum Geology, 2013) sees the world as her laboratory, and her time at Imperial College London was key in helping her to get a job exploring it.

She now works as a geologist Equinor, a Norwegian multinational energy company.

"I know for a fact that I would not have been offered my graduate job were it not for my time at Imperial. I started out working in Oslo, and then moved to Aberdeen to the Mariner oilfield, just east of Shetland.

I soon realised that the Imperial MSc really had been training us for the tasks we’d need to do out in the working world: subsurface evaluations, planning wells, building models, reservoir characterisation."

Do you remember when you first realised you had a strong interest in geology?

I grew up on the remote Scottish island of Shetland, surrounded by nature. After school, I’d put on my Dad’s jacket and head off to the beach to play in the rockpools, collect stones and look at the wildlife.

My fascination with the world around me followed me to school, where I was good at science and geography. Thanks to my top grades I was encouraged to go to university and ended up studying Chemistry at the University of Glasgow.

I was focused on Chemistry (which I was very good at), alongside Psychology and Geology (which I was not quite so good at!). However, in the second year, we took a field trip to the Isle of Arran and it brought my original passion for the planet back to me. I realised that I didn’t want to spend my days in a lab and so against the advice of my lecturers I changed my focus from Chemistry to Geology. I put in the hours, pulled my grades up and graduated with first-class honours, top of my school - and I’ve never looked back.

What led you to Imperial?

I felt that to launch my graduate career I needed a top-tier university on my CV, so I applied for an MSc in Petroleum Geology at Imperial College London and was given a scholarship. As a committed environmentalist, I had something of an internal conflict when choosing the programme. But I believed that the place I could make the greatest difference to the green agenda was not by protesting from the outside, but by influencing from the inside: if you get closer to the problem, you also get closer to the solution.

How did you find the experience of Masters-level study at a top-tier STEM university?

The Imperial MSc was twelve months of intense training. It wasn’t easy. Suddenly I was being taught by the people who’d written the books I’d read while studying in Glasgow. The experience taught me how important it is to work hard and do the “homework”, so you can make sure you’re as competent as any of your peers, whether male or female.

The programme also gave me a robust overview of the gas and oil industry that provided the springboard for my career. It’s my strong technical base that allows me now to sit at management meetings and speak with knowledge and experience, which in turns gains one respect.

After completing the programme, what were your goals?

I had always known that I wanted to work for Equinor (formerly Statoil). They are a Norwegian multinational energy company, so perhaps the Shetland-Norway connection played a part in my decision. But I was also inspired by their values: caring, collaborative, open, courageous. I decided that if I was going to work for an energy company, they were the only one I would consider.

Thankfully, Imperial has unrivalled links with industry. We shared some facilities with the neighbouring Science and Natural History Museums, and every week we’d be invited to presentations from top companies and recruiters. It was such a privilege and one that few other universities can offer.

These links went deep, particularly with Equinor. Staff at Imperial helped me to prepare for the assessment centre day, and I was hired as a Geologist, alongside 11 others from my year. I know for a fact that I would not have been offered my graduate job were it not for my time at Imperial.

I started out working in Oslo, and then moved to Aberdeen to the Mariner oilfield, just east of Shetland. I soon realised that the Imperial MSc really had been training us for the tasks we’d need to do out in the working world: subsurface evaluations, planning wells, building models, reservoir characterisation.

After a few years in the subsurface world, I had the opportunity to become a Management Assistant to one of our Senior Vice Presidents. That gave me a platform to learn more about leadership, our company strategy, and to see the breadth of projects I could get involved with at Equinor.

I had never given up my green ambitions and wanted to be part of developing new energy solutions within the company. Over the five years I had been at Equinor, the company had also broadened their remit. It’s a company built on a heritage of oil and gas, and we’re proud of the roles that hydrocarbons play in our portfolio. But we’re also a much broader company now, looking to renewable energy solutions such as wind and solar.

It’s more than just words: as a company, Equinor has committed to having 20% of our investment in this low carbon energy solutions by 2030, which I think is actually quite radical. So when the opportunity came to try something new, I took on an Asset Management role in our team operating our offshore portfolio of wind farms.

What are you currently focused on and how has the industry changed?

My change of role took me down to London and away from Geology. I now spend my time focused on commercial operations and developing new offshore wind projects. Reflecting on the speed at which my own career has transitioned, I think that's a valid example of how quickly the industry, and our society, is changing. I’m so glad I’m part of a company that recognises that shift and wants to be a part of it and shape the future of energy.

It’s exciting to find myself in a broad energy company, working alongside a dedicated team of people looking at renewable energy options. They’re passionate and come to work full of hope and enthusiasm. That kind of atmosphere is infectious!

My ambition now is to play whatever part I can in helping us to move towards a more sustainable energy solution for our planet.

What are your top three tips for accelerating your career?