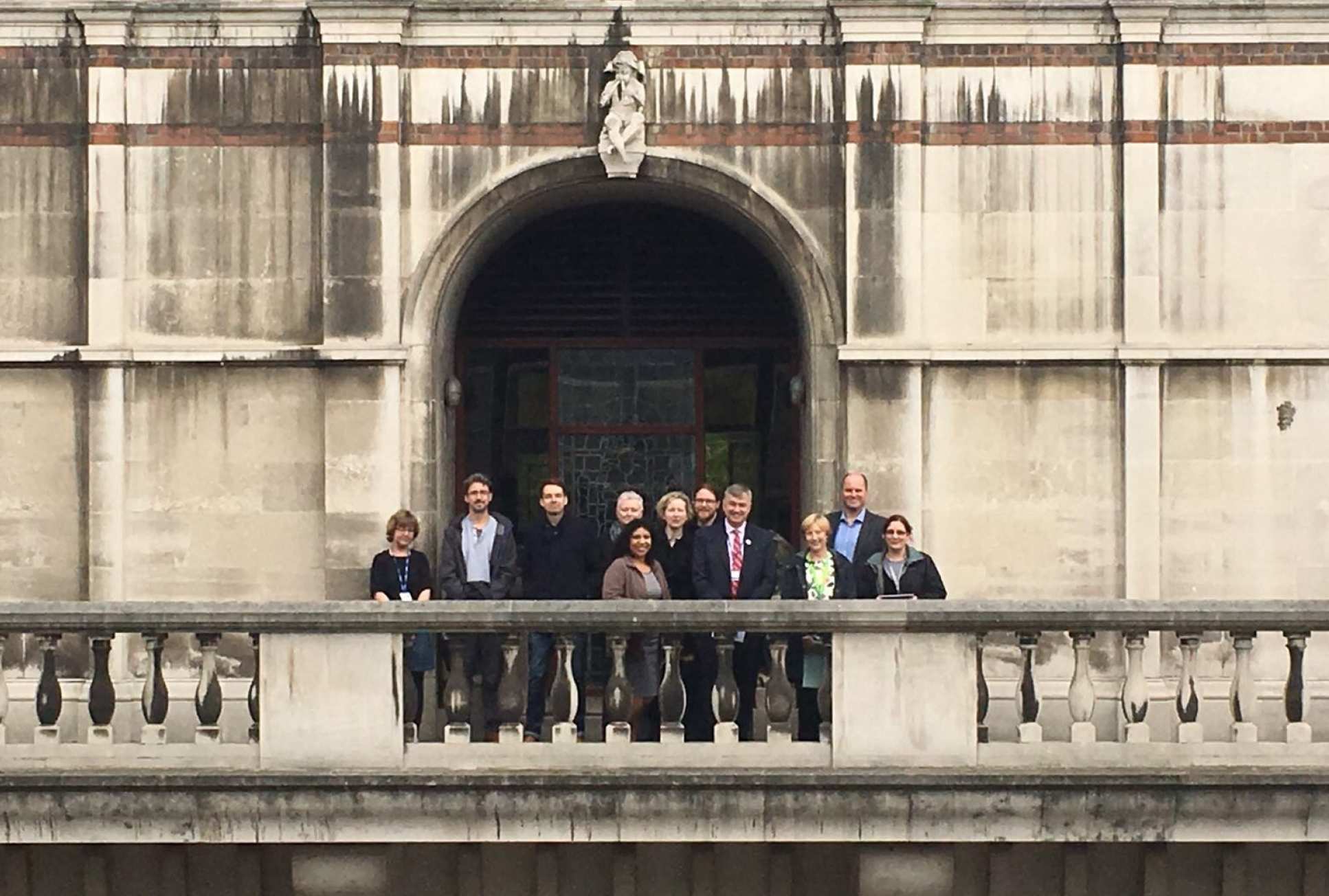 It takes a bit of luck or patience to get on one of the Queen’s Tower tours; my name’s been on the ‘interested’ list for a while.  Persevere.

The Imperial website has this to say on the subject:

‘The Queen's Tower is all that remains of the Imperial Institute, which was built to mark Queen Victoria's Golden Jubilee in 1887.’

This last relic of the original Institute was saved from destruction by the efforts of, among others, the Poet Laureate Sir John Betjeman, who was passionate about Victorian architecture.

Most of us walk around the tower during our time at the College, and anyone who’s glanced in the direction of South Ken. from almost anywhere else in London has probably glimpsed the Tower’s verdigrised dome. Once inside, the atmosphere takes on that stately home tour character. A history-filled hush takes hold.

There’s a short broad stairwell leading past walls hung with carved medallion profiles of famous scientists. Then the fun starts. The staircase becomes metallic, winding and a lot narrower. You progress past various landing areas where the old water tower which supplied the whole College was stored. The walls are undecorated brick now, and you feel you might have stumbled into a deserted barn or attic.

Then the fun really starts. The stairs become stone and really narrow as they spiral on up. You now feel you’re in the remains of a castle turret or the lost passages of a cathedral. Up and up to where the bell-ringers perform their infrequent duties to mark various royal occasions (the list is on the website). Up more worn stone spirals to where the bells themselves (a present to Queen Victoria from Australia, each one named after her various offspring) reside.

Up, up till you arrive, in disorientated relief, at the final viewing point (there is in fact a stair that leads further, but you’re not allowed up it). This is what it’s all been about, the carrot at the end of the punishing stairwell’s stick: the view. And, even on a somewhat grey and damp, windy May day, it was amazing; the capital as few ever manage to see it. From the bunched symmetry of the Albert Hall to the Shard’s skyward thrust; from the distant suggestion of Croydon to the arching span of Wembley Stadium. The whole flat, intricate panorama laid out before you like some visual feast, all threaded through with a surprisingly plentiful supply of green; the trees and parks are so much more in evidence from such a vantage point. Despite a healthy breeze up there (take an extra layer), our time was soon up, and we had to trade the eagle’s view for the return journey down those tricky stairs (wear comfy shoes and, if you’re tall, be prepared for some stooping. Also, take it slow, the shadowed lighting can occasionally hide the next step).

So, unless you’re claustrophobic, afraid of heights, or uncomfortable in the presence of large silent bells, put your name on the waiting list, get your ‘Tower Kit’ ready, and pray for a clear, bright day. Definitely worth the effort.