Our pay claim is based on maintaining, at a minimum, the cumulative value of the pay settlement at Imperial since we left national pay bargaining in 2005. While the national pay claim is RPI plus 5%, as we are in local bargaining we have adapted our claim to reflect the situation at Imperial as a gesture of good will that we hope management will be prepared to match. The plot below shows how the annual pay settlement has failed to match the cost of living in London for all but two of the years since 2005, based on London CPIH. The last figure is estimated from the consistent relationship between London CPIH and national CPIH: London inflation has run on average more than 12% higher than national inflation over this period (see appendix). While pay has now fallen 3.7% in real terms below 2005 values, it has fallen even further from 2008 levels by 11.1%. 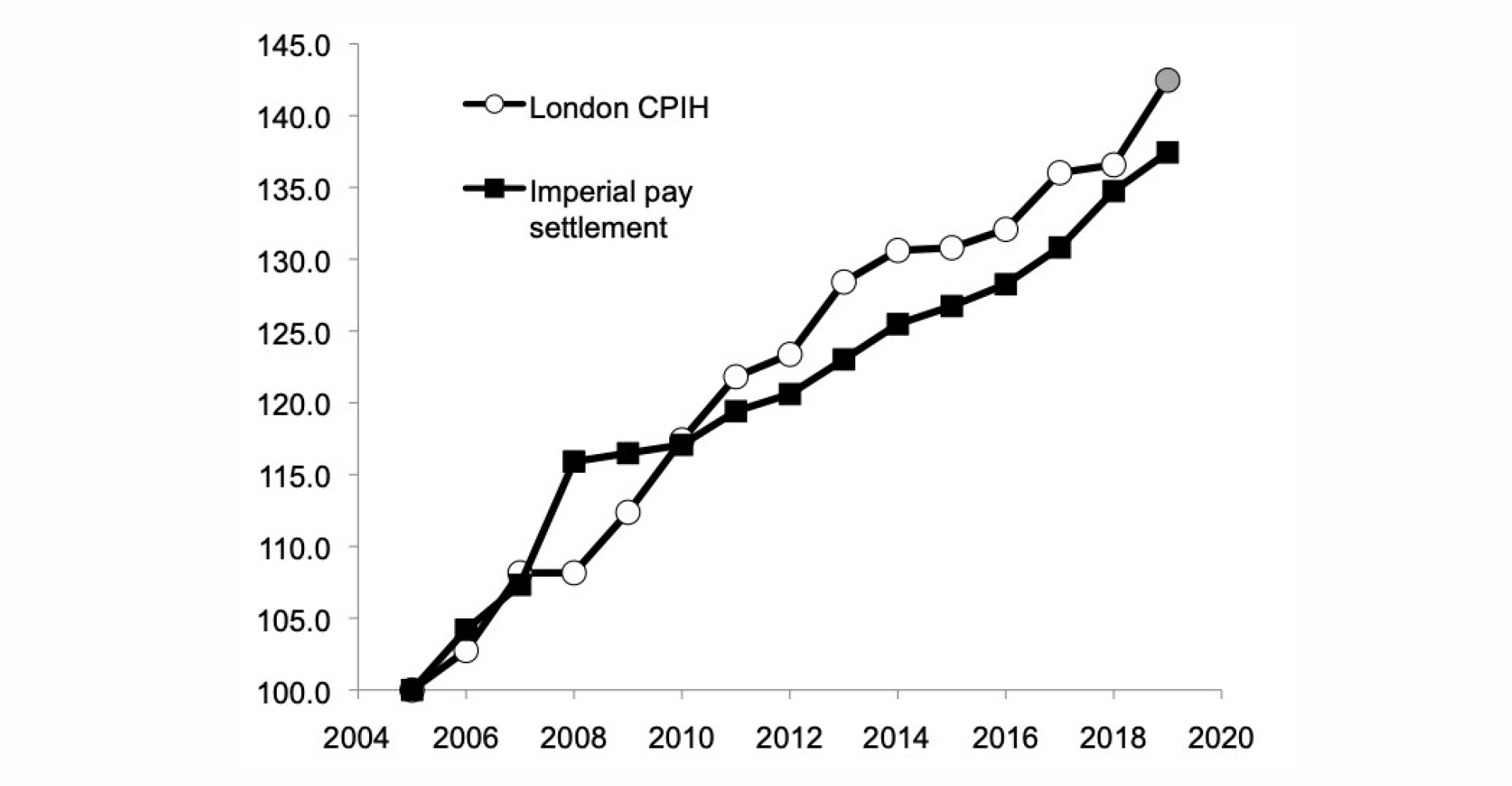 We therefore are asking for

Projections are based on the established relationship between national and London CPIH, see below. The projection excludes the last London CPIH data point each year which has been historically substantially revised in subsequent reports. The resulting projection has over the last five years slightly underestimated the outcome in London CPIH by 0.6%± 1.1%.