The Department of Materials regularly hosts of inaugural lectures given by recently appointed Professors. It is our opportunity to share the Department’s achievements and bring the research undertaken by our academics to the wider community. It also a chance to celebrate colleagues and mentors.

Thanks to continued advances in metallurgy in the last decade the metal in your car is 50% stronger than it was 10 years ago, whilst aircraft and jet engines are getting quieter, more efficient and produce lower emissions.

By delivering safer, greener air transport and energy systems through more reliable metal alloys, metallurgist Professor David Dye believes his field is a key enabler for both a low-carbon society and UK manufacturing growth. Taking commercial air travel, where just ½% increase in jet engine efficiency can be worth millions of pounds per plane per year to operators, the motivations for further progress are clear.

In his inaugural lecture David will talk through a career understanding deformation of these alloys. It’s work that has produced more steels that will make cars more impact-resistant in crashes; developed 3D printable, high temperature cobalt/nickel superalloys for use in future jet engines, and saved millions of pounds a year in understanding how to avoid in-service failures in titanium components in jet engines.

David Dye is a Professor of Metallurgy in the Department of Materials at Imperial College London, UK. He mostly works on the fatigue mechanisms, micromechanics and design of titanium and nickel/cobalt superalloys, with additional interests in twinning induced plasticity steels, zirconium and in superelastic NiTi-based alloys. Primarily, he collaborates with Rolls-Royce and across the aerospace and nuclear sectors.

Prior to moving to Imperial in 2003, he worked at the neutron spectroscopy facility in Chalk River, Canada. His undergraduate degree and PhD were from University of Cambridge, on the weldability of nickel-base superalloys. He has received a number of awards for his work on welding of superalloys and on titanium alloys, has published over 80 journal articles and was an EPSRC Leadership Fellow, 2010-15. He grew up in Bristol.

Watch the videos of previous inaugural lectures in the Department of Materials: 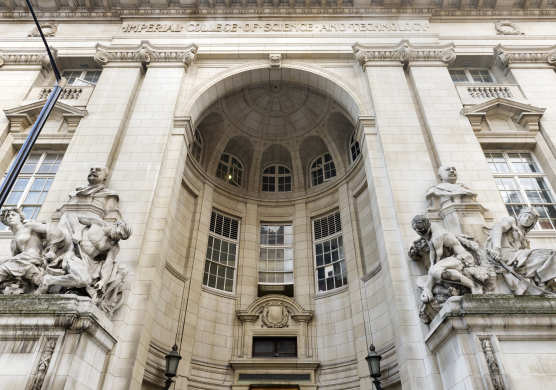