Electron Beam Epitaxy is a new method for the deposition of thin films of functional and electronic device materials. The technique uses an electron beam to heat solid pieces of individual elements or compounds in an ultra-high vacuum, evaporating them onto a substrate. EBE holds several advantages over other thin film deposition techniques, namely:

We have two ultra-high vacuum systems for EBE: one is dedicated to nitride film growth, the other to oxide film growth. Both systems were custom built by Mantis Deposition, and they are situated within the Thin Film Technology laboratory.

The Nitrides system comprises a main chamber equipped with three electron beam sources, in situ high-energy Reflection High Energy Electron Diffraction (RHEED), an in-situ energy-dispersive X-ray spectrometer, RF atom source (nitrogen) and a substrate table controller. Samples can be transferred into an adjoining chamber which houses a Raman spectrometer without the need to break UHV conditions. Up to five samples can be loaded at once via the load lock chamber. 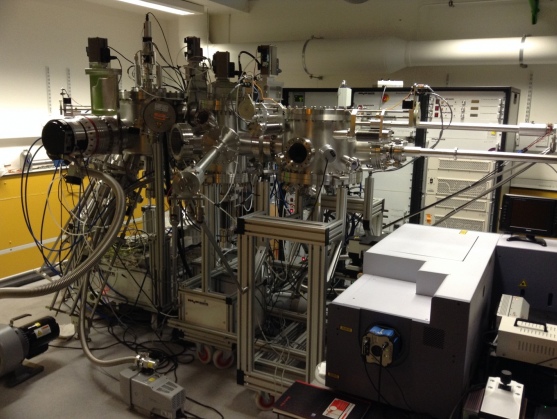 The Oxides system consists of a main chamber furnished with two electron beam evaporators, in situ RHEED, RF atom sources (both oxygen and nitrogen), and a substrate table controller. Up to five samples can be loaded at once via the load lock chamber. 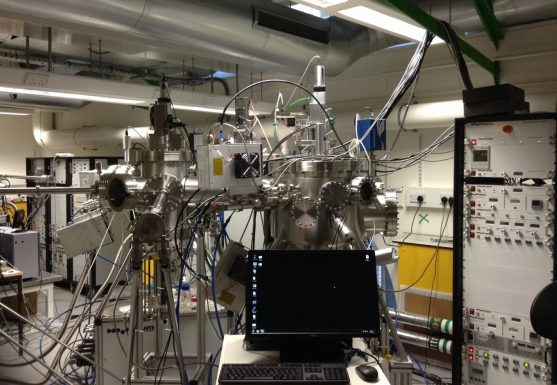 The equipment is generously funded by the EPSRC through which we invite collaboration, both academic and industrial.