There are many contributing factors determining the STING’s path through soft tissue. These include needle geometry, material parameters, friction and cutting mechanics. However, the influence and interaction of these factors is poorly understood. Experiments designed to characterise needle-tissue interactions are difficult due to the embedded nature of the phenomena. Design modification and optimisation of needle geometries, is also a costly process when relying on a trial and error approach.

We demonstrate advances in needle-tissue interaction modelling and the development of state of the art validation experiments. These are used in optimising the design and actuation of the STING. 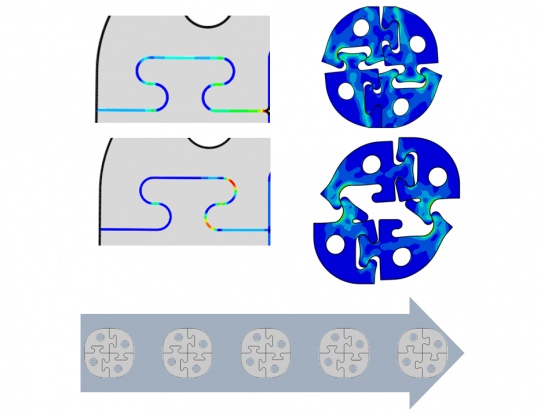 Effective numerical models of needle-tissue interactions are an efficient way of evaluating the performance of the STING device. The insight into needle-tissue interactions offered by high resolution finite element models provides a hierarchy of factors influencing STING steering. Experimentally, a rigid needle was inserted into a gelatine soft tissue phantom and the resulting force-displacement output enabled frictional, elastic and fracture energies to be validated in finite element models. 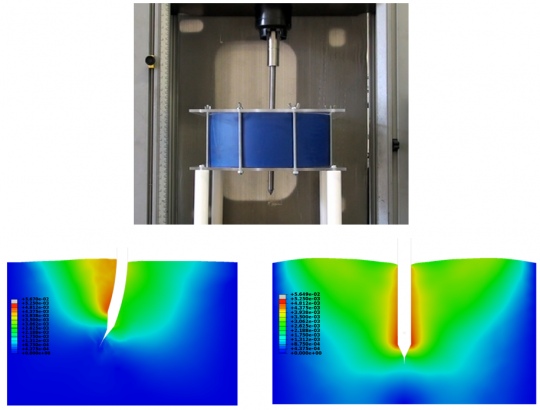 Cohesive fracture was implemented and the rigid needle from the experimental validation was replaced with a flexible needle, having a fixed segment offset and a pre-defined curved path. By exploring this type of model, it is possible to examine how the needle geometry influences the amount of tissue phantom deformation as well as the lateral steering forces that are generated on the STING.

One of the greatest challenges in understanding needle-tissue interactions is obtaining high resolution experimental data non-invasively. Neither surface markings nor fiducial beads provide the necessary data for validating detailed finite element models or revealing behaviour close to the needle-tissue interface. 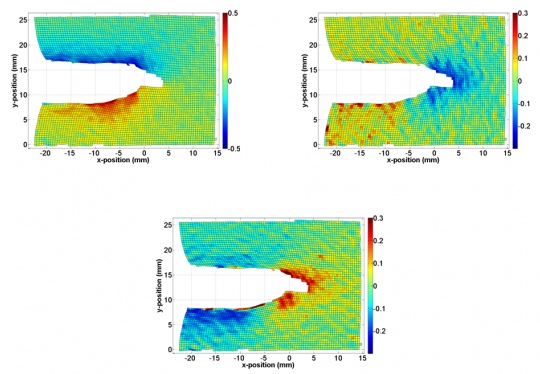 A technique has been developed, based on Particle Image Velocimetry, which uses a laser to illuminate a plane of micron-scale seeds inside a gelatine tissue phantom. During insertion of a rigid four-part prototype of the STING, successive images were correlated against each other to track deformation around the needle segments. A Lagrangian description of the deformation and strains at a resolution of 0.5mm in the axial and radial directions were obtained. In comparing the simultaneous and cyclic actuation of needle segments in 5mm increments, it was indicated that the cyclic actuation, necessary for steering the STING, reduced axial tissue phantom displacements during the insertion phase.