This online event, took place on Wednesday 18 November, and aimed to help students learn more about postgraduate study opportunities, both at master's and PhD level within the Faculty of Medicine. There was an opportunity for attendees to put their questions to past and current students, as well as a few short presentations about the latest funding opportunities and studentships. The full programme for the day can be found below, along with other resources that you may find useful to help you prepare for postgraduate study.

For further information about master's courses in the Faculty please visit the Master's programmes webpage for an overview of all of the courses available.

Thank you to everyone who attended. The event was recorded and shall be made available to you as soon as it is ready.

A brief welcome to the event by Professor Laki Buluwela and a few housekeeping rules.

An overview of funding available at Imperial College London and how to apply. 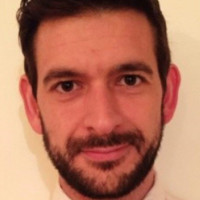 Tom Pearson has spent the past 13 years in higher education, both in Australia and in London, with most of that in the area of student financial support. He currently heads up the Student Financial Support Team at Imperial, responsible for providing funding advice and a range of funds management including the Imperial Bursary and central scholarships.

The following document, Additional information regarding funding, finance and support.pdf has been put together to provide further information, including links to other resources which may be of use to students attending Think Imperial! 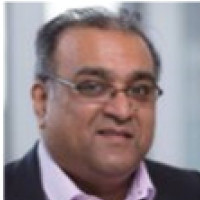 Professor Laki Buluwela is the FoM Academic Lead for Doctoral Degrees, Deputy Director of the Imperial College Graduate School, Programme Director for Imperial Medical Research Council Doctoral Training Programme (MRC DTP Studentships) and Professor of Cancer Medicine. Following graduation with a BSc and PhD in Biochemistry from the University of London, Professor Laki Buluwela went to the MRC Laboratory of Molecular Biology in Cambridge as a Research Fellow and member of staff, working with Professor Terry Rabbitts, FRS and Nobel Laureates Dr Cesar Milstein. In 1993 he joined Professor Charles Coombes in the Department of Oncology at Charing Cross and Westminster Medical School, which is now part of Imperial College London.

Dr Buluwela has been interested in developing  in-vitro models for the study of mammary gland morphogenesis and growth, using primary human mammary epithelial cells. As part of this work, he has developed a particular expertise in isolating and purifying both normal and malignant mammary epithelial cells, which have been used in studies of gene expression comparing normal and tumour cell types. His most recent work has centred on developing new techniques for manipulating key genes in cell models and the development of new therapies for Breast Cancer, work that has been carried out in collaboration with Professor Simak Ali and Professor Charles Coombes.

Learn more about two unique short courses in the Faculty of Medicine, which have been designed to help support our postgraduate students. 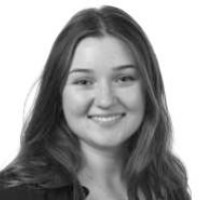 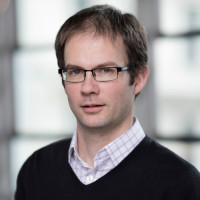 Mike Streule is the Director of Imperial's StudentShaper's programme. This unique programme offers students the opportunity to undertake projects in partnership with staff to improve curricula, develop innovative teaching practices and make positive change to the student experience. Students will receive financial support to facilitate them taking part in partnership activities.

Imperial students, alumni and staff will talk about their experiences of studying and researching at Imperial and how it compared to how they thought it would be.This is your opportunity to ask questions, so if there is anything you would like to know more about please submit your question during the panel discussion! 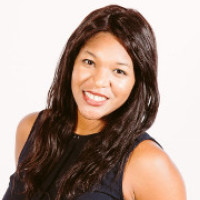 Alicia Gayle is a current PhD student with the National Heart and Lung Institute specialising in respiratory disease epidemiology. Following completion of the MSc Epidemiology with the School of Public Health at Imperial, she began working within the pharmaceutical industry and currently holds the role Associate Director of Epidemiology at AstraZeneca. Her research focuses on utilising "real world" health data to understand cause of disease morbidity as well as applications in drug research. When not working on health research Alicia enjoys teaching fitness classes and can most regularly found teaching classes like group cycle and BODYPUMP (TM). 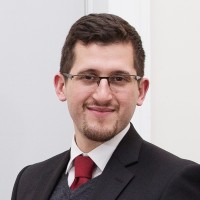 Dr Mohammed Jawad is a public health doctor who started his PhD in 2016 with the School of Public Health, funded by the MRC DTP. He recently defended his thesis entitled “Understanding the impact of armed conflict on morbidity and mortality globally” and currently works with Public Health England on Covid-19 and other health system topics. 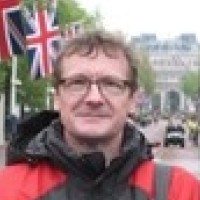 Dr Michael Jones is Reader in Molecular Medicine in the Department of Infectious Disease. He is the Deputy Course Director of the MSc in Molecular Medicine course based at the Hammersmith Hospital Campus. Dr Jones obtained his PhD in Chemistry from the University of Birmingham. After post-doctoral fellowships in Aarhus, Denmark and at the Imperial Cancer Research Fund laboratories in London, he moved to the Royal Postgraduate Medical School in Hammersmith in 1985 as a Wellcome Trust Lecturer working on the genomic structure and function of herpes viruses. 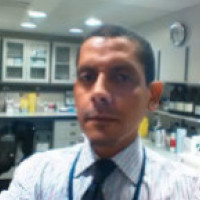 Dr Sean Kassen is a recent biomedical researcher who previously trained and worked as a management consultant within the professional services, advisory and consulting industries. In 2007, Sean planned a career change and started re-training for a biomedical research career which culminated in him completing his MRes degree and then his Doctoral degree at Imperial College London as part of the prestigious Imperial College MRC DTP.  After graduation, Sean worked as a postdoctoral researcher in the field of protein crystallisation and x-ray crystallography at Imperial College London as well as lecturing biomedical science at Anglia Ruskin University in Cambridge, where his science journey started. Due to his very late and non-traditional entry into science and research, Sean has been very passionate about supporting those who face barriers with their academic and career goals through his private work as an academic and career coach. Sean is an active alum with the Imperial College Alumni and Career Services and a recent appointment to the Imperial Alumni Mentorship Scheme for the current academic year mentoring two Imperial College students. 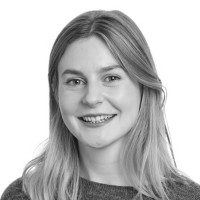 Georgia Simmons recently completed the 2019-20 MRes Cancer Biology programme within the Faculty of Medicine at Imperial College London. In 2018, she graduated from the University of Portsmouth with a First-Class degree with honours in Biomedical Science. At the Think Imperial event, she will be an alumni panellist able to answer any questions you may have regarding the MRes Cancer Biology programme, why it was her top choice for Master’s study, and any application questions you may have. 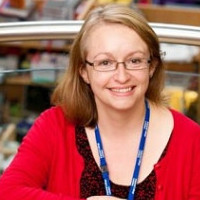 Dr Elizabeth Want is a Senior Lecturer in the Department of Metabolism, Digestion and Reproduction. She joined Imperial College in 2006 after working as a postdoctoral researcher at the Scripps Research Institute in La Jolla, CA. Prior to that, Elizabeth obtained her PhD from King’s College London. At Imperial College, she was initially a postdoctoral researcher before becoming a Lecturer in 2007 and Senior Lecturer in 2014. She is also the Director of the Imperial International Phenome Training Centre which runs several hands-on courses every year. Elizabeth has >20 yrs of experience in mass spectrometry and chromatographic techniques and has spent the past 18 years working in the field of mass spectrometry-based metabolite profiling. Elizabeth has been the Deputy Director of the MRes in Biomedical Research since 2018. Additionally, she has mentored multiple BSc, Master’s, Doctoral students and Postdoctoral students.

Unfortunately due to the current circumstances we cannot show you our campuses in person. However, you can experience what our campuses and accommodation are like by visiting the Imperial360 webpage.

If you have any course specific questions about any of the Faculty of Medicine masters or PhD opportunities that have not been covered during the Think Imperial! event, please email feopostgradtm@imperial.ac.uk and a member of the team will put you in contact with someone who can help further.

We're ranked among the top ten best universities in the world in the QS World University Rankings 2019, making an Imperial degree highly valued by employers across the globe.

More reasons to study at Imperial 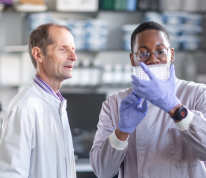 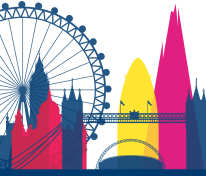 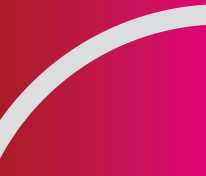 for Faculty of Medicine staff