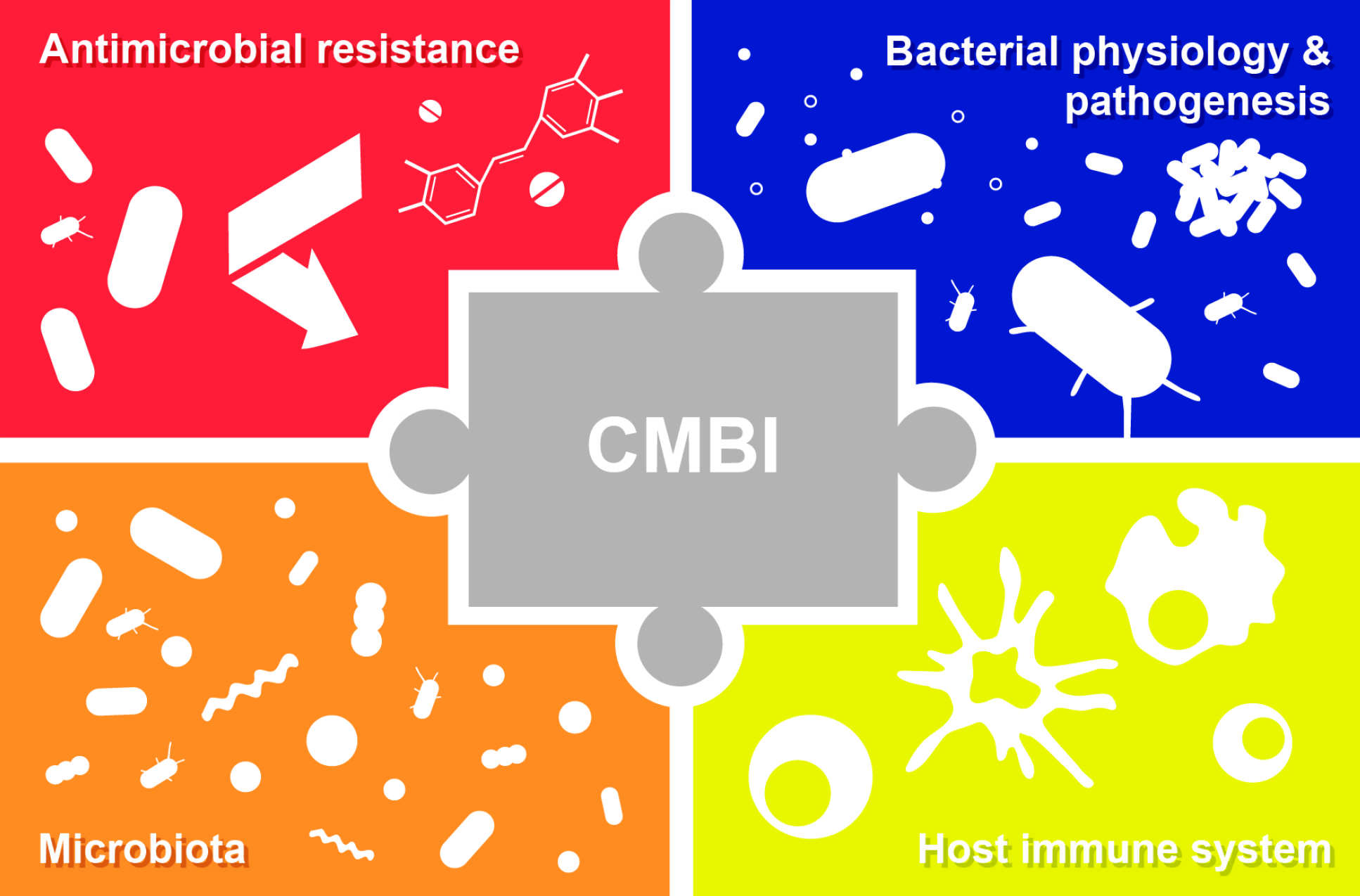 The scientific research focus of the Centre is the study of molecular mechanisms underlying important aspects of bacterial physiology and pathogenesis, as well as host immune processes. The research covers four broad themes:

There is an increasing need to study the molecular basis of the emergence and spread of antibiotic resistance, as well as the phenomenon of persistence, in which bacteria show tolerance or insensitivity to antibiotic treatment, sometimes through the establishment of biofilms. Through developing an understanding of biochemical pathways and mechanisms underlying the formation of persisters and their re-growth, it might be possible to prevent them from entering into, or force them out of, a persistent state, thereby rendering them sensitive to antibiotics. Several research groups are engaged in fundamental research into AMR and persistence, involving a range of different Gram positive and Gram negative pathogens.

Studying the mechanisms used by bacterial pathogens to resist stress, colonise and replicate within hosts, is a central theme of the CMBI. A major aim is to obtain a clearer understanding of how pathogens perceive their (frequently hostile) environments to adapt and grow. We still lack an integrated vision of how stress-related and virulence proteins function together and at the single cell level to allow bacterial adaptation and pathogenesis. This is needed both to gain a holistic view of their physiological activities and to provide a clearer understanding of where, when and how pathogens can be controlled.

Nearly all aspects of bacterial pathogenesis, including colonisation, tissue invasion and host resistance, are influenced by the microbiota. Microbiota disruption is associated with increased susceptibility to bacterial infection and immune dysfunction. The microbiota is a major reservoir of AMR genes and is also a potential source of novel antimicrobials. Several research groups already investigate the influence of the microbiota in the outcome of infection and many collaborations involving microbiota research have been established. In view of its importance, the microbiota has become a new scientific theme of the CMBI.

The innate immune system provides rapid and non-specialised defence against diverse bacterial pathogens. An optimal innate immune response is also indispensable for vaccine efficacy, adaptive immune responses and sterilising immunity to infection. However, some pathogens have evolved sophisticated mechanisms to subvert host immune responses and cause disease. A better understanding of the mechanisms of innate immunity to bacterial infections might allow us to exploit these through immune modulation or vaccine-based approaches. Work in this area in the CMBI has been considerably strengthened by recruitment of several Group Leaders who study host immunity using a variety of genetically tractable invertebrate (fly) and vertebrate (fish, mouse and human) models of infection. 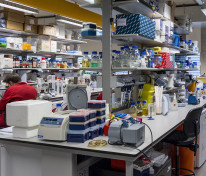