The Schools Science Competition entered its 5th year in 2019.  The competition was open to teams of students of aged 11-18 from secondary schools, 6th forms, or home-schooled groups.

We received over 150 team registrations from across the UK and overseas, and 7 teams were invited to take part in the Final which took place on 27 March. 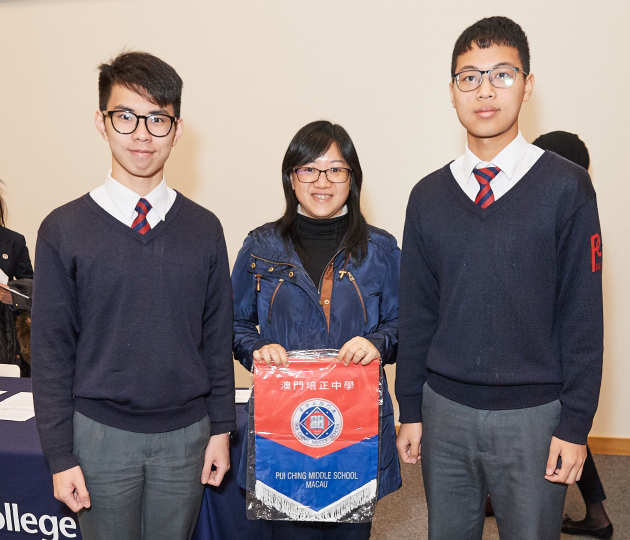 Zinc-air Power', Thomas Choi and Jeremy Hu, from Pui Ching Middle School. The team are pictured above with their teacher and mentor, Ms Wai Man Cheong. The team travelled all the way from Macau to take part in the final here at Imperial.

The Handy Capables were also named as runners-up. From Haydon School, the team are: Tara Green, Zheng Lee, Isabelle Rigby and Nathan Tracey.

Our VIP Judging Panel, pictured above, were as follows:

Renee Watson- Renee is the founder and Head of Explosions at The Curiosity Box, the first STEM subscription box in the UK, aimed at families of 4-11yr olds. Renee is on a mission to give 1 million children an awesome experience of STEM. Learn more about Renee:  Renee Watson Profile‌

Helen Sharman- Helen was the first Briton in space when, in May 1991, she launched on a Soyuz spacecraft to spend eight days orbiting the Earth, most of that time on the Mir Space Station.

Dr Simon Foster- Simon is the Outreach Officer for the department of Physics at Imperial College and a former school teacher. He has a degree in Physics with Space Science (he's a qualified Rocket scientist) and a PhD in Solar Physics. Simon is passionate about inspiring and enthusing students of all ages to fall in love with science- check out his fantastic children’s Christmas lecture ‘It IS rocket science’. Simon is also an expert panel member on Sky TV’s science show “Duck Quacks Don’t Echo”.

Dr Jess Wade (not pictured above)- Jess is a physicist and early career researcher in the Blackett Laboratory at Imperial College London. Her research investigates polymer-based light emitting diodes (LEDs). She also carries out public engagement work in science, technology, engineering, and mathematics (STEM), particularly in the promotion of physics to girls. Wade won the Institute of Materials, Minerals and Mining (IOM3) Robin Perrin Award for Materials Science in 2017, the Institute of Physics (IOP) Daphne Jackson Medal and Prize in 2018 and was included in Nature's 10 people who mattered in science in 2018.

Full details of the competition can be found in our flyer and poster, which can be downloaded below:

Download our flyer for full details of the 2019 competition

Registration for the 2019 competition closed on 03 December 2018. If you'd still like to register a team please email us.

Our guide contains hints and tips for making your film 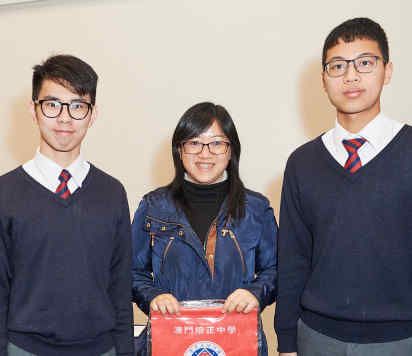