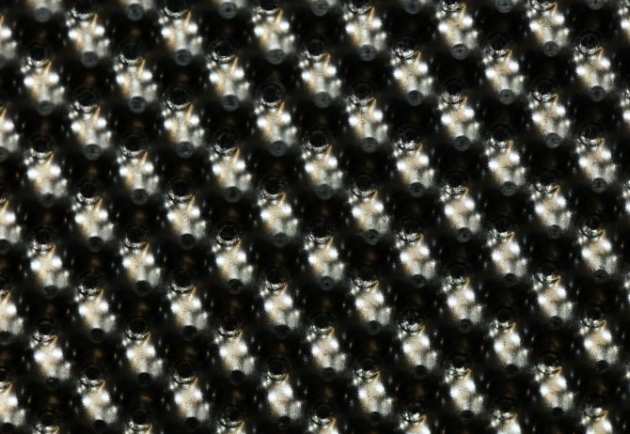 Imperial College London researchers are pairing with Swiss company Multiwave Technologies AG to work on algorithms that will accelerate the design phase of metamaterials and bring them to market quicker.

Multiwave develops technologies based on metamaterials. Its advanced algorithms and software take engineering requirements for new materials and find the optimal structure to achieve those requirements. Dr Tryfon Antonakakis, Co-Founder and CEO of Multiwave, earned his PhD in applied mathematics at Imperial under the supervision of Professor Richard Craster.

Prior to co-founding Multiwave with his brother Panos Antonakakis, he applied his mathematical modelling knowledge at CERN, the European Nuclear Research Centre. He also worked for an algorithmic hedge fund during which time he was also a postdoctoral researcher at Imperial on wave propagation in structured media.

Metamaterials are ordinary materials, such as glass or metal, engineered to have extraordinary properties not normally found in nature. For example, metamaterials have been made that control the way light waves travel through them, essentially making small objects ‘invisible.

The partnership will focus on developing algorithms that will improve the capacity to design metamaterials for applications in the field of medical imaging and optics, among others.

The resulting algorithms will offer Multiwave new tools to make antennas that will improve MRI images for earlier detection of diseases and more accurate diagnosis of medical conditions. The tools could also provide the means to make better optical filters to prevent strain caused to the eyes from spending too much time on a tablet or smartphone, or simply from ultraviolet light from the sun.

Dr Tryfon Antonakakis said: “I’m glad to be working again with Imperial to bridge the gap between applied mathematics and industry. Mathematics is at the core of our software and this partnership will reveal new links between material properties and structures"

The collaboration from Imperial is led by Professor Craster who will work alongside Imperial researchers to push new boundaries in the mathematics of algorithms for the movement of waves.

Benefits to the wider public

This class of materials has numerous potential applications ranging from medical sciences to solar energy and even earthquake deflection. The materials are structured at the microscopic level so that the new material obtains a desired property.

Professor Craster said: “The advent of metamaterials has changed the way society thinks of materials today and opens up a plethora of options to control the propagation of waves. I am pleased to be working with Multiwave on next-generation algorithms that will be used to bring new metamaterial technologies to market."

Text lifted from the article, Researchers collaborate with company to speed up the design of metamaterials, by Hayley Dunning, published on 13 February 2017.

For Industry Partnerships and Commercialisation enquiries within the Faculty of Natural Sciences, complete our short form.

Meet the full team on the Enterprise webpages