The neonatal period, is one of the most critical in brain development. It is in this period where the process of interconnection development and synchronisation within the brain, which starts in the foetus, continues.

Up to 10% of births require intensive neonatal care due to pre-term or at birth complications. These abnormalities can lead to later life brain disorders such as epilepsy. It is a fact that approximately 50% of neonates that have seizures will develop epilepsy.

Due to the aforementioned reasons, we decided to use EEG/aEGG signals from the neonatal brain activity, a highly complex signal, together with the Hilbert-Huang Transforms, a powerful tool for complex signals analysis, in order to develop a novel automated analysis platform/modality for the neonatal clinical setting.

This will allow advanced seizure/spike and abnormality detection/analysis to be performed, accompanied with a system that can alert clinicians for important changes in neonatal brain activity. 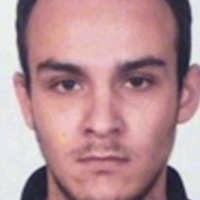