Dr. Billy Wu is a senior lecturer at Imperial College London in the Dyson School of Design Engineering where he works on electrochemical devices and manufacturing. He jointly leads the Electrochemical Science and Engineering group and is on the editorial board of Scientific Reports, Energy and AI, HardwareX and the Journal of Power and Energy. He co-leads the Imperial College London Additive Manufacturing Network and is a fellow of the Higher Education Academy. His research activities focuses at the interface between fundamental science and engineering application of electrochemical devices such as batteries, fuel cells and supercapacitors, with work including: energy materials, continuum level modelling, understanding degradation, thermal management system and control. Inside a lithium-ion battery


Within the Dyson School of Design Engineering he is course leader for the 1st year Productions and Materials course. He was previous a post-doctoral research associate in the department of Earth Science and Engineering at Imperial College London working on large scale energy storage systems. He gained his PhD from Imperial College London in 2014 on modelling and testing of proton exchange membrane fuel cell hybrid powertrains for electric vehicles, under the supervision of Dr. Gregory Offer, Professor Ricardo Martinez-Botas and Professor Nigel Brandon. Prior to his PhD he graduated from Imperial Collge London in 2010 with a Masters (Honours) in Mechanical Engineering (MEng).

He previously developed a 9.5 kW fuel cell-supercapacitor hybrid power generator which featured on the BBC's Energy Day at their television studios in Manchester, where he appeared on BBC Breakfast News and Blue Peter. Our most recent activities focus on developing a fuel cell system for a Shell Eco-Marathon car together with Dr. Gregory Offer, Dr. Marc Masen and Dr. Fred Marquis as part of the Imperial Racing Green programme. 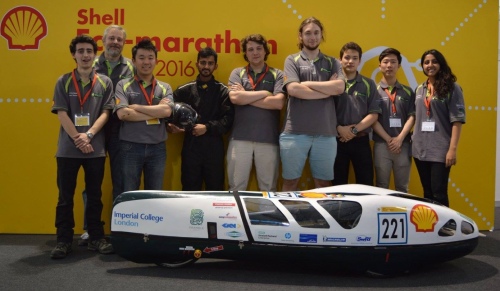 I welcome discussions from prospective students and researchers interested in joining our research group. Please send a CV and 1 page cover letter to billy.wu@imperial.ac.uk. Our paper on a low cost desktop electrochemical metal 3D printer was featured as a cover page in Advanced Materials Technologies. Our paper on 3D printed structural pseudocapacitors was featured as a cover page in Advanced Materials Technologies. Children of the 3D printing resolution. The Guardian - 2018

The quest for better batteries. Shell - 2017

It's not easy being green: Decarbonising transport and the grid - Imperial Business School - 2017

Charged issue: How phone batteries work and why some explode - The Guardian - 2016

3D printing: Imperial academic talks about advances being made in the field - Imperial College London - 2016

On the flightpath to a friendly footprint - The Engineer - 2016

Students rock on at the BBC - Imperial College London - 2013