I have a general interest in Neglected Tropical Diseases (NTD’s), specifically Schistosomiais and my parasitology background spans general parasitology, experimental parasitology, molecular ecology, systematics, phylogenetics, molecular biology, mitogenomics, diagnostics and molecular evolution. Throughout my studies I have pursued research that underlies an understanding of the epidemiology of parasitic diseases. Specifically, my interests lie in the importance of species identification and the development of molecular methods for discerning the relationships and evolution of schistosomes (at the species and population level). Many areas of my research have highlighted the importance of the correct identification of parasites and their hosts in understanding the transmission and epidemiology of these parasites. 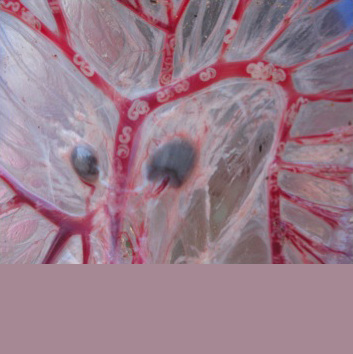 Ruminant schistosomes in the intestine of a goat

I am presently a research associate working with Prof Joanne Webster in the Department of Infectious Disease Epidemiology at Imperial College, London. My current research is part of a larger project known as SCORE (The Schistosomiasis Consortium for Operational Research and Evaluation, http://score.uga.edu/), which is funded by the Bill and Melinda Gates Foundation. This research also involves a close collaboration with Dr David Rollinson and his research team in the Parasites and Vectors division at the Natural History Museum, London.

Schistosomaisis, also known as bilharzias, is a major neglected tropical disease (NTD) caused by parasitic worms that live in the blood vessels of their mammalian hosts and transmitted through contact with fresh water that harbour the parasites intermediate snail hosts. 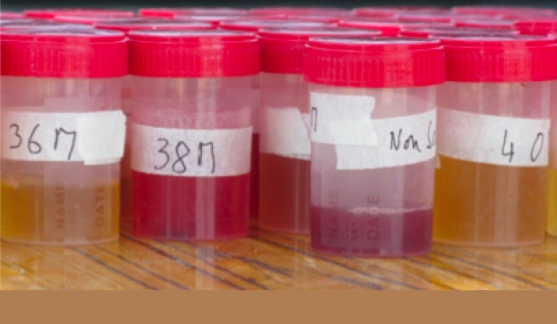 Blood in urine due to S. haematobium infection

Schistosomiasis is a chronic disease causing severe morbidity and affects at least 240 million people worldwide. SCORE’s focus is on two of the major human disease causing schistosome species in Africa, South America, and the Middle East – Schistosoma mansoni and Schistosoma haematobium. SCORE’s goal is to find answers that will help develop more effective schistosomiasis control strategies with a vision to inform efforts to gain and sustain control and ultimately eliminate schistosomiasis in endemic areas. My main role in SCORE is to investigate the population genetics of these schistosomes to provide insights into potential changes in schistosome population structure due to varying levels of mass drug administration of praziquantel and other different treatment regimes in endemic areas.

Scope and purpose of my current research

Outline of my current research