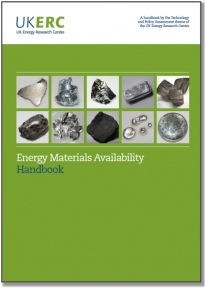 There is a long running historical debate over the access to natural resources and the progress of mankind. This debate dates back to the work of Malthus at the end of the 18th century, and includes resources as diverse as agricultural land and fossil fuels.
Recently attention has been drawn to the issue of the availability of certain materials critical to advanced low-carbon technologies. Could access to certain materials constrain the progress of a transition to a low carbon economy?
A series of UKERC working papers and reports investigate these issues to address the question:

“What is the evidence that the transition to a low-carbon economy may be influenced by access to critical materials?” 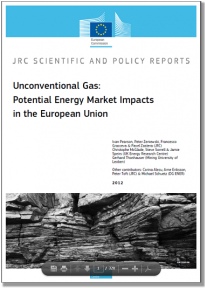 Following the development of unconventional gas resources in the US, greater supplies of liquefied natural gas have become available at global level, indirectly influencing EU gas prices. The study suggests that under a best case scenario, taking into account environmental considerations, future shale gas production in Europe could help the EU maintain its dependency on energy imports at around 50 % of its total energy needs. But the report also reveals the sometimes considerable uncertainty about recoverable resources, technological developments, public acceptance and access to land and markets 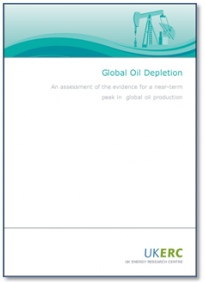 What evidence is there to support the proposition that the global supply of ''conventional oil'' will be constrained by physical depletion before 2030?The ''peak oil'' debate is polarised, contentious and characterised by competing interpretations of the available data.
A growing number of commentators are forecasting a near-term peak in global oil production with potentially serious economic impacts. Others, however, argue that production will be sufficient to meet rising demand well into the 21st century.
The report, a review of over 500 studies, analysis of industry databases and comparison of global supply forecasts, seeks to bring some clarity to this debate.

Building a roadmap for heat 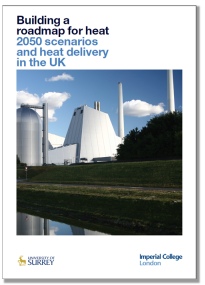 This report first examines the energy system scenarios to 2050 that have contributed to currentgovernment energy policy. It highlights the consensus around a highly electrified future energy system,which we refer to as the ‘all-electric future’. It then considers the role of high and low-grade heat in theenergy mix. It presents and discusses energy flows in both 2007 and the energy system implied by theall-electric future in 2050. This is accompanied by an investigation of the issues associated withdelivering such a system. These issues are referred to as the ‘criticalities’ of the all-electric energy future.Finally, the report presents an ‘integrated’ scenario, which delivers improvements in conversion efficiency and a more diverse delivery of heat.