He is a Hunterian Professor at the Royal College of Surgeons of England, U.K., and Honorary Senior Clinical Research Fellow at the National Heart and Lung Institute at Imperial College London, U.K. He was formerly Consultant Cardiothoracic Surgeon at the Sarawak Heart Centre in Kuching, Sarawak, Malaysia and Adjunct Professor in the Faculty of Health and Medical Sciences, Taylor's University, Malaysia, 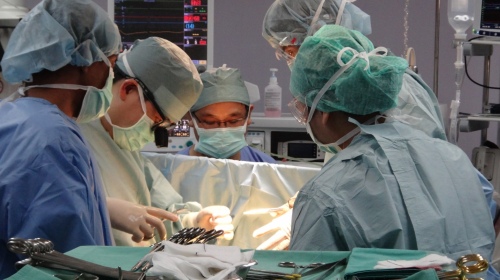 After completing his internship at the Queen's Medical Centre in Nottingham in 1996, he went on to train in Surgery and passed the membership examination of the Royal College of Surgeons of England (MRCS) and Associate Fellowship of the Royal College of Surgeons of Edinburgh (AFRCS Ed) in 1998. He then started Higher Specialist Training in Cardiothoracic Surgery in Nottingham before securing a National Training Number (NTN) at the London Deanery in 2001. Following this, he worked as a Specialist Registrar in Cardiothoracic Surgery in London at Harefield Hospital, St. George's Hospital, the Heart Hospital, the Hammersmith Hospital and the Royal Brompton Hospital. He also spent time at the Cardiothoracic Centre of Monaco to learn advanced techniques in Mitral Valve and Tricuspid Valve Repair surgery.

In 2006, the National Institute for Health Research (NIHR), Department of Health, U.K., awarded him a Researcher Development Award to conduct research on the Pathophysiology and Surgical Treatment of Functional Ischaemic Mitral Regurgitation. He was also awarded the Lansdell and Lawson Award in 2007 by the British Medical Association (BMA), and together with Professor John Pepper and Dr Marcus Flather at the Royal Brompton Hospital in London, was awarded a Project Grant from the British Heart Foundation (BHF). The funding secured of almost £500,000 enabled him to initiate and run an international multicentre randomised controlled trial, the Randomised Ischaemic Mitral Evaluation (RIME) Trial, which compared Coronary Artery Bypass Graft (CABG) surgery with concomitant Mitral Valve Repair against CABG alone in patients with moderate Functional Ischaemic Mitral Regurgitation. The results of the RIME Trial, which reported a benefit with repairing the mitral valve in addition to CABG in moderate functional ischaemic mitral regurgitation, was presented in 2012 at the American Heart Association (AHA) Scientific Sessions in Los Angeles, U.S.A., and published simultaneously in Circulation on the same day. The publication was selected by the editors of the AHA journals as the top article published in 2012, and has since been cited in the AHA Guidelines on Valvular Heart Disease.

He has also done extensive research on the Pathophysiology, Assessment and Surgical Treatment of Functional Ischaemic Mitral Regurgitation (presented in 2012 at the European Association for Cardiothoracic Surgery meeting in Barcelona, Spain, and published in Circulation and in the Journal of Cardiovascular Magnetic Resonance), use of Artificial Neochordae for Mitral Valve Repair surgery (published in Annals of Thoracic Surgery), Mitral Valve Repair in Asymptomatic Mitral Regurgitation (presented in 2010 at the European Society of Cardiology meeting in Stockholm, Sweden), and Long Term Results of Mitral Valve Repair surgery (presented in 2010, 2012 and 2013 at the Valve Triology Symposium in Monaco).


Lecture on the causes and effects of Functional Ischaemic Mitral Regurgitation delivered at the Annual Meeting of the European Association for Cardiothoracic Surgery in Barcelona, Spain, October 2012. 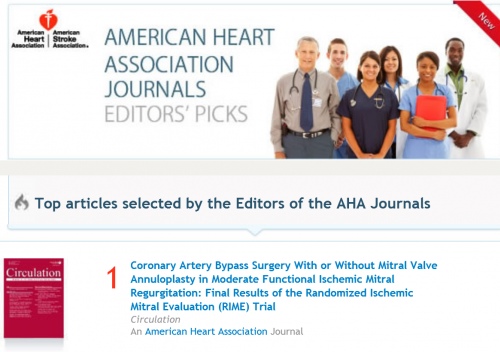 He worked closely over more than 15 years with Professor Gilles Dreyfus, a pioneer and leader in heart valve repair surgery and researched extensively on Functional Tricuspid Regurgitation. This included pioneering work on Tricuspid Annular Dilatation (published in the Annals of Thoracic Surgery), Staging of Tricuspid Regurgitation (published in Heart and the Journal of the American College of Cardiology), and Tricuspid Leaflet Augmentation using autologous pericardium for advanced tricuspid valve disease with leaflet tethering (presented in 2009 at the Society of Thoracic Surgeons meeting in San Francisco, U.S.A., and published in the European Journal of Cardiothoracic Surgery).

Lecture on the causes and effects of Functional Tricuspid Regurgitation delivered at the 2014 Scientific Sessions of the American Heart Association in Orlando, Florida, USA, November 2014.

He carried out pioneering and innovative clinical studies with Professor Gilles Dreyfus on Autologous Pericardial Aortic Valve Replacement as an alternative to standard Aortic Valve Replacement (presented in 2010 at the American Association for Thoracic Surgery meeting in Toronto, Canada, and published in the Journal of Thoracic and Cardiovascular Surgery). He also led a review of Heart Valve Disease Research in Malaysia which was published in the Medical Journal of Malaysia.

He was involved in pioneering research with Professor John Pepper and Professor Tom Treasure in London, U.K., on the use of an External Aortic Root Support for aortic root dilatation in Marfan Syndrome (published in JRSM, ICVTS and BMJ Open). This procedure is now known as the Personalised External Aortic Root Support (PEARS) surgery. He also led a review on Aortic Disease Research in Malaysia published in the Malaysian Medical Journal.

He led a Review of all Coronary Artery Disease Research in Malaysia (published in the Medical Journal of Malaysia).

He was involved in studies using Biocompatible Oxygenators for Cardiopulmonary Bypass (published in Nuclear Medicine Communications).

He has given numerous invited lectures and presentations at major scientific meetings, conferences and courses both locally and internationally including at the AHA, AATS, EACTS, ESC, SCMR, STS, NHAM and MATCVS. He was the Course Director and ran the Specialist Course on Functional Mitral and Tricuspid Regurgitation for the European Association for Cardiothoracic Surgery (EACTS) in Windsor, U.K. in 2014 and 2015. He has published numerous editorials, reviews and original articles in major peer reviewed journals, has co-authored several book chapters, and is a regular invited reviewer for several journals. He has also edited a book on Functional Mitral and Tricuspid Regurgitation published by Springer in 2017. He has a current H-index score of 13.

In addition to being fully trained in Cardiothoracic Surgery, he has also been trained in Cardiovascular Magnetic Resonance (CMR) imaging at the Royal Brompton Hospital in London, and has been accreditated with Level 2 competency. He developed a new technique to image the mitral valve comprehensively using CMR together with Dr Philip Kilner, Mr Riccardo Wage and Professor Dudley Pennell. This new imaging technique was presented in 2007 at the Society of Cardiovascular Magnetic Resonance meeting in Los Angeles where it won the prize for the best technical presentation and is now in routine clinical use at the Royal Brompton Hospital and in major cardiac imaging centres worldwide. It has been published in the Journal of Cardiovascular Magnetic Resonance. He also studied the motion, function and geometry of the normal mitral valve apparatus using CMR and this work won him the Hounsfield Award from Imperial College London in 2008. 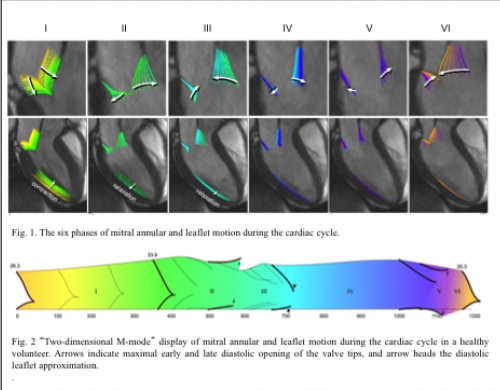 In 2012, he accepted an invitation from the Ministry of Health in Malaysia to help strengthen the newly opened Sarawak Heart Centre in Kuching, Sarawak, Malaysia, and was appointed Consultant Cardiothoracic Surgeon there. He operated successfully on hundreds of patients needing heart and lung surgery in Sarawak. He also taught medical students at the University Malaysia Sarawak and supported Clinical Research activity at the Sarawak General Hospital and the Sarawak Heart Centre. In 2014, he received a Certificate of Recognition from the Governor of the State of Sarawak.

In addition to his work in Sarawak, he also helped advance Cardiothoracic Surgery (Heart, Aorta, Lung and Chest surgery) in the rest of Malaysia. He helped set up a national registry of cardiac surgical operations and outcomes in the country and is the Founding Co-Chairman and Steering Committee Member of the National Cardiovascular and Thoracic Surgical Database (NCTSD) Registry; more than 1,000 cardiac operations have now been entered into this national registry. He is also the Honorary Secretary of the Malaysian Board of Cardiothoracic Surgery (MBCTS) and had responsibility for developing the Curriculum and Syllabus for Cardiothoracic Surgical Training in Malaysia in collaboration with the Royal College of Surgeons of Edinburgh; the first intake of trainees into this six-year structured training programme started in July 2016. He is also the Honorary Secretary of the Malaysian Association of Thoracic and Cardiovascular Surgery (MATCVS).

He is also a member of the expert panel writing committee for the Clinical Practice Guidelines on Infective Endocarditis, which was published by the Health Technology Assessment Unit of the Ministry of Health in 2017. In addition, he was an expert panel committee member of the Appropriate Use Criteria for Coronary Artery Revascularization, which was published by the National Heart Association of Malaysia (NHAM) in 2015. He was also an Editorial Board member of the Medical Journal of Malaysia, the leading medical journal in the country.

He also helped advance Clinical Research in Malaysia and was a member of the Medical Research and Ethics Committee (MREC) of the Ministry of Health, which reviews and approves all clinical research in Ministry of Health hospitals in the country. He is also a member of the Technical Committee of the National Clinical Research Centre (NCRC), which sets the direction of the NCRC, and was a regular facilitator at the NCRC Research Camps and Writing Workshops which are held regularly in different parts of the country to increase clinical research activity and capacity; hundreds of doctors and allied health professionals have participated in these camps and workshops, producing numerous clinical studies and publications of importance and benefit to patients. In collaboration with the NCRC, he reviewed all Coronary Artery Disease research in Malaysia and all Lung Cancer Research in Malaysia. 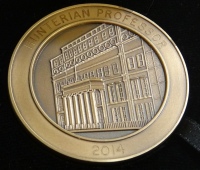 2015, he was awarded the highly prestigious Hunterian Professorship by the Royal College of Surgeons of England. He delivered the Hunterian Lecture on the "Pathophysiology and Surgical Management of Functional Ischaemic Mitral Regurgitation" to the Society for Cardiothoracic Surgery of Great Britain and Ireland at its Annual Scientific Meeting in Manchester, U.K., in March 2015.