My research career has focussed on the inter-related themes of membrane protein function and the role of glycosylation in biology.

As a graduate student, I studied the erythrocyte anion transporter as a model integral membrane protein, using protein chemical methods to demonstrate that it has a multi-spanning transmembrane topology. As a postdoctoral fellow, I became interested in hepatic receptors that clear glycoproteins from serum, initially as model endocytic receptors that would be tractable to experimental analysis. I established their primary structures and demonstrated that these receptors have a novel 'type II' transmembrane orientation, in which the N-terminus faces the cytoplasm. Cloning and in vitro expression studies were then used to show that transmembrane anchors in these proteins serve as internal, uncleaved signal sequences. Thus, these studies were instrumental in defining some of the major classes of integral membrane proteins.

The hepatic clearance receptors provide a paradigm for an important role of glycosylation in biological systems, in which sugars attached to proteins fulfil an important function by acting as recognition tags rather than by directly modulating the activity of the proteins to which they are attached. Our structure-function analysis of these receptors led to the identification of modular, calcium-dependent carbohydrate-recognition domains (C-type CRDs) that have similar sequences even though receptors in different species bind different sets of saccharides. Cloning and sequencing of soluble serum mannose-binding proteins demonstrated that C-type CRDs exist in multiple protein contexts. Association of a CRD with collagenous sequences in mannose-binding proteins also suggested how these proteins might function in innate immunity, by analogy with complement protein C1q. A characteristic motif derived from comparison of multiple C-type CRDs led to identification of such domains in additional proteins and provided a basis for classification of vertebrate carbohydrate-binding proteins and continues to be used in the identification of novel glycan-binding receptors. We have since undertaken an extensive structure-function analysis of C-type CRDs, providing a structural explanation for how domains with a common basic framework bind to diverse saccharide ligands, defining how some CRDs can bind selectively to specific oligosaccharide ligands through extended binding sites and evaluating the role of CRD clustering, spacing and orientation in binding to biological targets such as pathogen surfaces.

Based on the features that characterise C-type carbohydrate-recognition domains, we developed methods to recognise related domains in proteins with diverse ligand-binding activities. Using this approach, we were able to predict and then demonstrate carbohydrate-binding activity in proteins of the lung surfactant and extracellular matrix. We have undertaken whole-genome analysis of C-type CRD-like domains as complete genome sequences have become available and developed a web site to help others make informed predictions about function in proteins containing these domains. We has used the existence of a superfamily of sugar-binding proteins to argue that recognition by such modules is a primary driving force for the evolution of glycosylations as recognition markers, providing a context for understanding the biological roles of carbohydrates.
Biological consequences of carbohydrate recognition. Much of our more recent work has been directed towards understanding how proteins containing C-type CRDs target biological functions such as glycoprotein turnover, cell adhesion and pathogen neutralisation. For endocytic receptors, we have been able to describe the basis for ligand release from recycling receptors under acidic conditions of the endosomes. Our studies of mannose-binding protein have helped to define a mechanism by which this protein initiates complement fixation and provided a molecular basis for understanding immunodeficiency associated with mutations in this protein. We now focus largely on glycan-binding receptors of the immune system, with a particular emphasis on understanding the roles of carbohydrate recognition in human disease.

Communication to a wider audience

I am co-author of Introduction to Glycobiology the first textbook on glycobiology. This book enunciates many of the emerging principles in the field in a manner accessible to students and to the broader scientific community. It is now going into its third edition and has been translated into Japanese, Chinese and Korean. 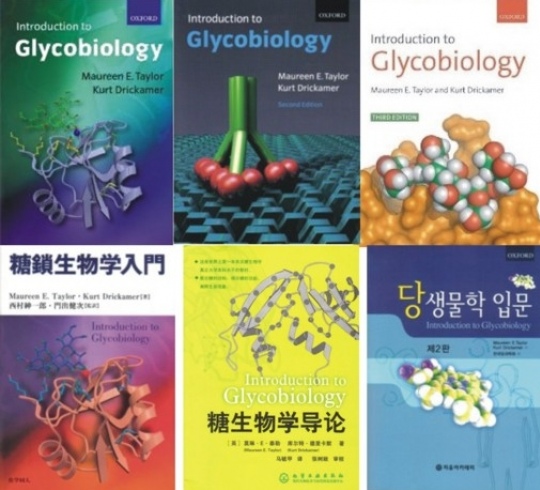