morphology and evolution of the vertebrate skull

The internal anatomy of the vertebrate skull reveals a wealth of anatomical information. Most importantly, the internal (endochondral) skeleton is a ubiquitous feature of vertebrates, lending itself to broad comparison even among very distantly related lineages, or groups that may have few outward resemblances. However, it may be difficult or impossible to access in some fossils without permanently destroying the specimen. We use high resolution computed tomography scanning to extract endocranial data from well preserved, though often overlooked, fossils from the Palaeozoic Era.

In collaboration with the Paleontological Center of the Mongolian Academy of Sciences, I have been undertaking a major exploratory research project in western Mongolia. Most recently, this work revealed the unexpected occurrence of endoskeletal bone in armoured jawed fishes known as placoderm. This finding highlights the importance of fossils in reconstruction of character evolution by upsetting the long-held view that the cartilaginous skeletons of sharks was a retained ancestral condition. Previous work in western Mongolia has uncovered isolated microvertebrate remains in early Silurian deposits. Since 2010, and supported by National Geographic, we have been actively exploring Devonian and some Silurian deposits in this region.


THE rise of jawed vertebrates in the shallow marine realm


The Canadian Arctic was a tropical sea 420 million years ago and played host to a diverse community of fishes and the development of large-scale reefs. Through expeditionary fieldwork in the Arctic, we are aiming to uncover the diversity of these early reef-associated fishes. We aim to reconstruct the early evolutionary and ecological foundations of modern jawed fishes, including the ancestors of sharks and modern bony vertebrates through exceptionally preserved fossils from this region.

As palaeobiologists, we are dependent on anatomical data to help us reconstruct the evolutionary relationships of extinct species. This data has been critiqued for subjectivity and other issues, but our research is focussed on how these problems emerge, how research methods can be improved, and the development of new software tools that can extract more of the rich character information from morphology. 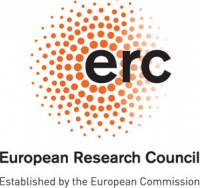 Committee for Research and Exploration

“The evolving face of jawed vertebrates: a view from the fossil record”, Yale University, 2019

“The fossil fishes of the Orcadian Basin in the vertebrate tree of life”., Friends of Hugh Miller at the Hugh Miller Legacy Conference, Cromarty, Scotland, 2013