Our current work uses variety of imaging and spectroscopic techniques to elucidate the nature of processes involved in cell function and death, including those during Photodynamic Therapy (PDT) treatment of cancer and amyloidogenic diseases.

My research interests also include ultrafast processes involving excited states of biomolecules, such as DNA, and photophysics of coordination compounds.

We use different types of fluorescence imaging and time-resolved spectroscopy to investigate several themes outlined below. 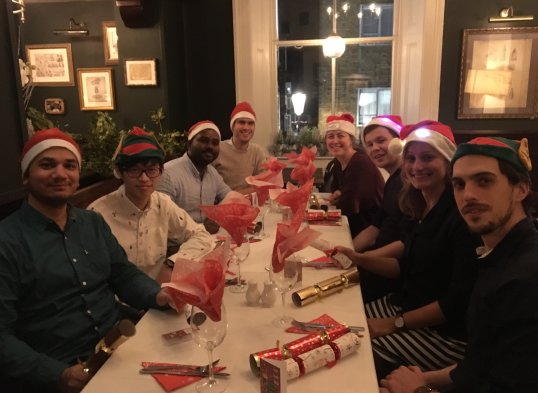 Molecular rotors are small fluorophores in which fluorescence competes with intramolecular rotation. In a viscous environment rotation is slowed down and this strongly affects fluorescence parameters, such as intensity, decay time and spectral profile. We have designed rotors which allow to measure viscosity by changes in their fluorescence spectra or lifetimes. We have studied the effect of temperature and polarity on molecular rotors and used them in a variety of applications.

Guanine rich oligonucleotides can fold into secondary structures known as G-quadruplexes, which are proposed to have various biological roles, however, their visualisation in live cells still remains a challenge. We are using Fluorescence Lifetime Imaging microscopy to quantitatively and dynamically image the presence of G4s inside live cells.

Our recently discovered cell-permeable, low-toxicity sensor enabled the quantification and dynamic monitoring of this rare DNA topology in live cells for the first time. This work is in close collaboration with the groups of Prof Ramon Vilar and Jean Baptiste Vannier.

Organic aerosol particles play major roles in atmospheric chemistry, climate, and public health. There is recent evidence that they might be present in highly viscous states, however, direct observational evidence is lacking, as are methods that are able to dynamically quantify and track viscosity changes during atmospherically relevant processes. We are using molecular rotors to provide quantitative real-time, online observation of aerosol microscopic viscosity in atmospherically relevant aerosol particles. Such data cannot be obtained with any other currently used technique. We have designed and characterised molecular rotors suitable for the particularly high viscosity ranges needed for aerosol mapping.

Singlet oxygen is the main cytotoxic agent in PDT. Since the lifetime and reactivity of this species is d etermined to a large extent by diffusion, monitoring singlet oxygen in a cell provides us with a sensitive probe of viscosity.

Light induced DNA damage is a constant threat to the stability of the genetic code.  An important portion of DNA damage stems from radical products of ionization/oxidation attack that lead to irreversible defects, such as double strand breaks. We use picosecond time-resolved and steady-state infrared spectroscopy to monitor the crucial intermediates in these processes: radical cations of DNA bases as well as secondary products such as neutral radicals and 8-hydroxy-2''''-deoxyguanosine (8-oxo-G)

The popular article and the video clip where I talk to the media can be found here.

School of Engineering and Material Sciences, Queen Mary, University of London, May 2019

London Centre for Nanotechnology, May 2016

Department of Pharmacy and Pharmacology, University of Bath, April 2013

Heyrovsky Institute of Physical Chemistry, Academy of Sciences of the Czech Republic (2012)

VI Congress of the Russian Society for Photobiology, Tuapse, Russia (2011)

Department of Chemistry and Biochemistry, Georgia Institute of Technology, USA (2010)

Department of Biochemistry and Biophysics, University of Pensylvannia, USA (2010) 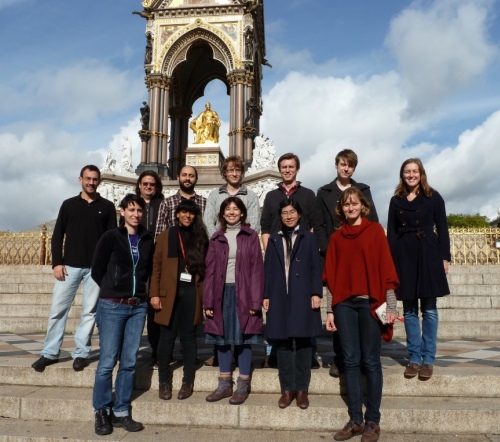 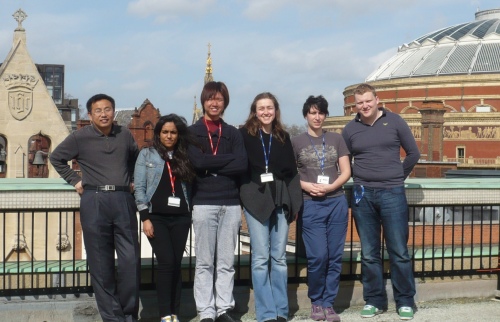