Miguel Navarro-Cía was born in Pamplona, Spain, in 1982. He received the M.Sci. and Ph.D. degrees in Telecommunication Engineering and a M.Sc. in 'Introduction to research in Communications' from Universidad Pública de Navarra, Navarra, Spain, in 2010, 2006 and 2007 respectively.

He was Visiting Researcher with the University of Pennsylvania (for three months in 2010), with Imperial College London (2008, 2009, and 2010 for four, six, and three months, respectively), and with the Valencia Nanophotonics Technology Center (for two months in 2008).

Awardee of the "COIT/AEIT Best Doctoral Thesis in Basic Principles and Technologies of Information and Communications and their Applications" corresponding to the XXXI Edition of the Awards "Telecommunications Engineers" 2010 and of the Raj Mittra Travel Grant 2011 - Junior Researcher.

Find out more about extraordinary transmission phenomena and their application for polarizers and effective negative refractive index metamaterials in Electromagnetic Response of Extraordinary Transmission Plates Inspired on Babinet’s Principle (Behaviour of Electromagnetic Waves in Different Media and Structures, ISBN 978-953-307-302-6) 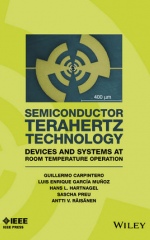